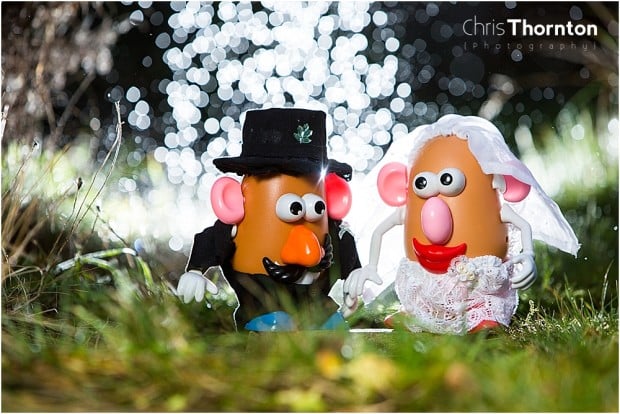 It can often be a challenge explaining to others what we do as photographers, whatever genre of work we may be in. But where we often struggle to explain our vocation to friends or family, in wedding photographer Chris Thornton‘s case, it was his 3-year-old son whose understanding of what his dad did as a wedding photographer wasn’t quite pieced together.

And so, he decided to put his creativity and photographic abilities to use and do what any good father would do: he put it into terms his son would not only understand, but appreciate.

What Thornton did was shoot a wedding just for his son. And who was the lucky couple to get the complimentary wedding coverage, you ask? None other than Mr. and (now) Mrs. Potato head. 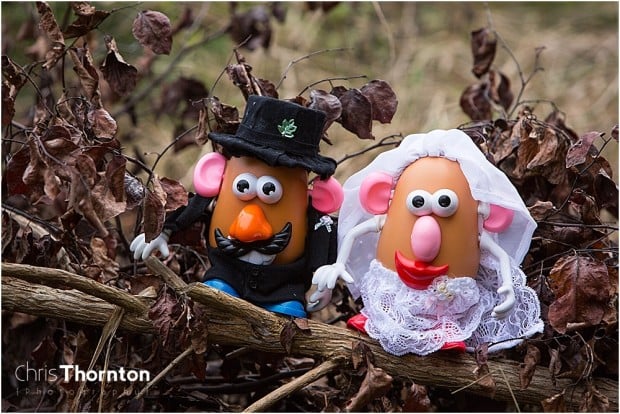 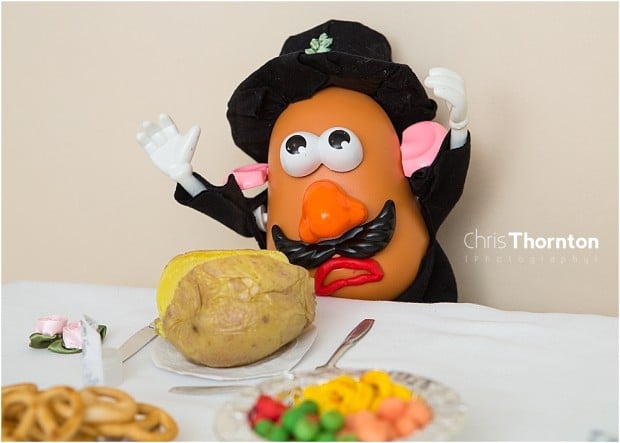 The shoot started out with the image of Mr. Potato Head being served a baked potato at his reception, a shocked expression on his face. The rest of the shots just fell into place after that as Thornton did his best to replicate a real-world wedding shoot.

And we do mean replicate the real-world. He even went so far as to insert Uncle Spud with his little point-and-shoot camera (a lucky find the Mr. and Mrs. Potato head accessory bag) getting in the way and ruining some shots. How’s that for accuracy? 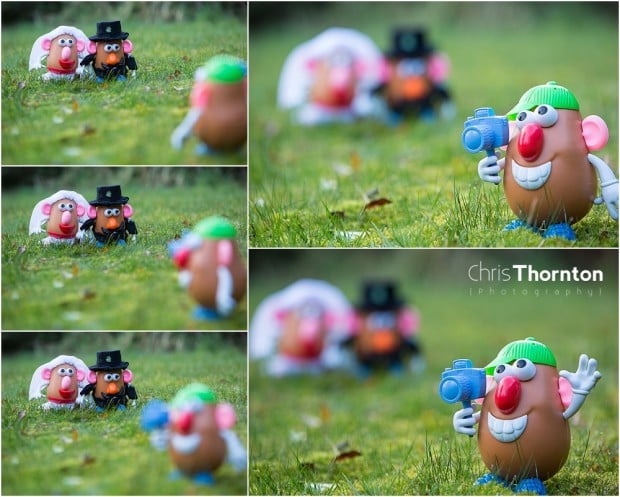 Everything came together just as it would have at a real wedding. There are photos of the bride and groom, photos of the place settings, even photos of the ‘rings,’ which look suspiciously like croutons with holes poked through them.

Check out the rest of his series below and be sure to give him a shoutout in the comments. In a genre of photography often overflowing with the stories of stressful events and overall disasters, it’s nice to see such a light-hearted and heart-warming approach to making it better understood to others; especially your children. 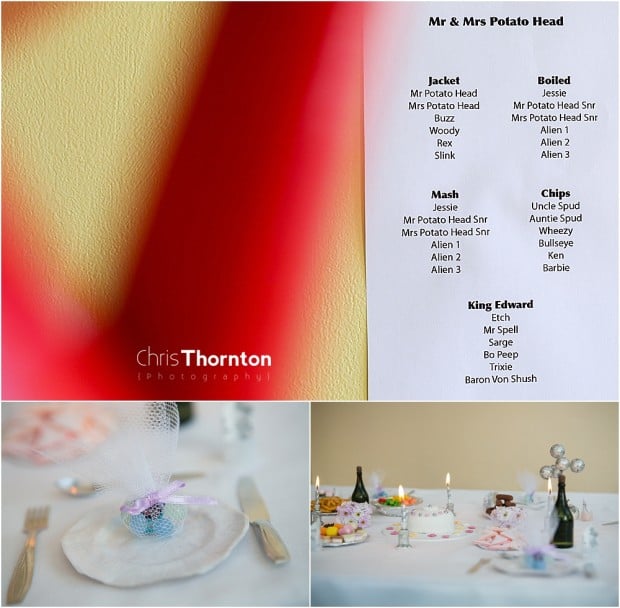 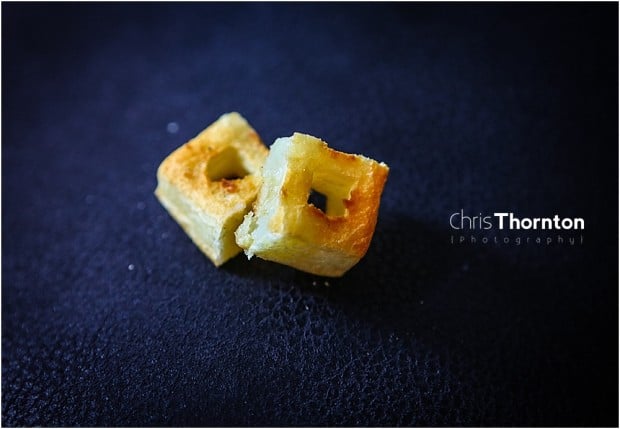 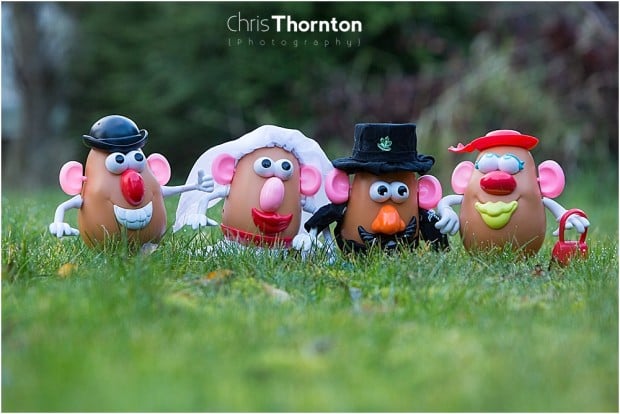 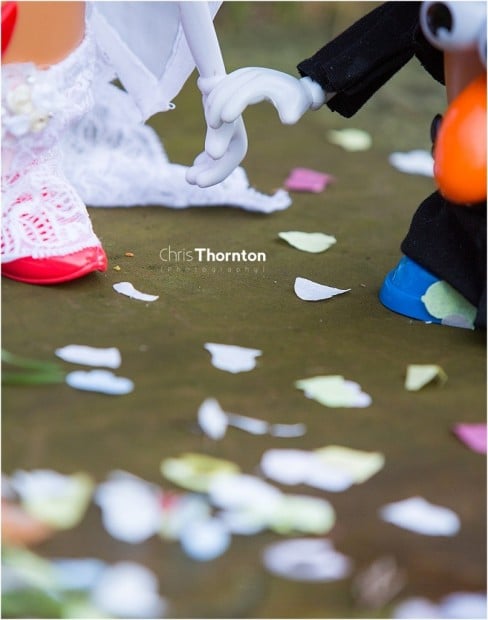 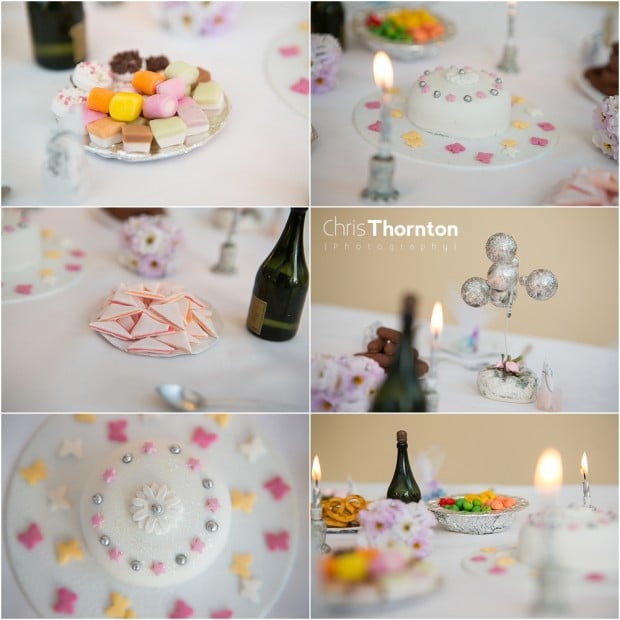 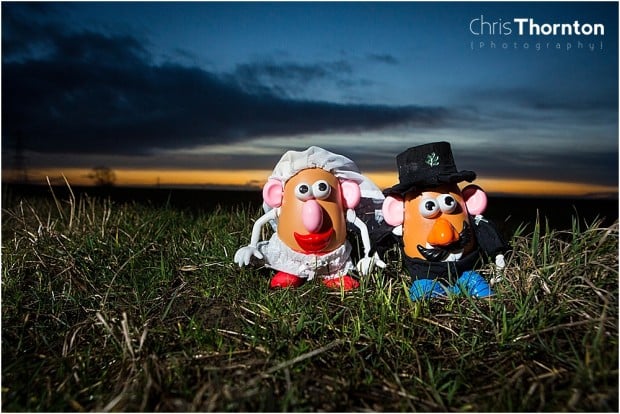 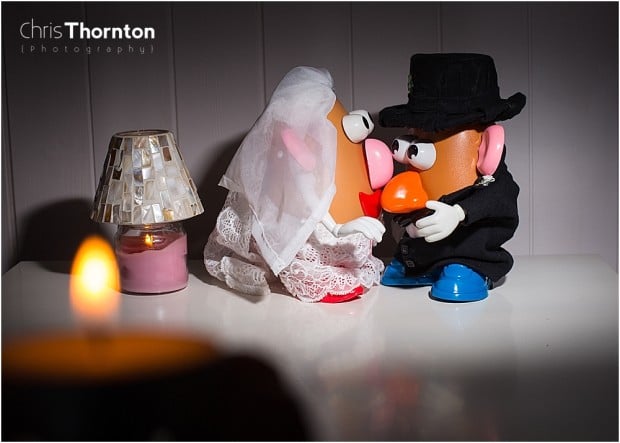 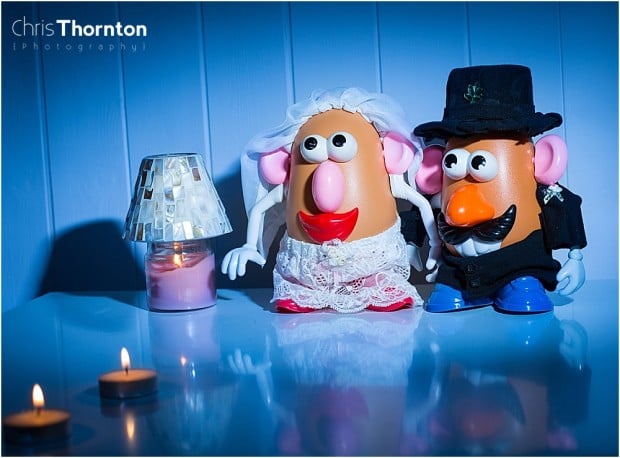 Image credits: Photographs by Chris Thornton and used with permission

Nikon Solving Dust/Oil Issues Once and for All, Will Fix D600s Regardless of Warranty