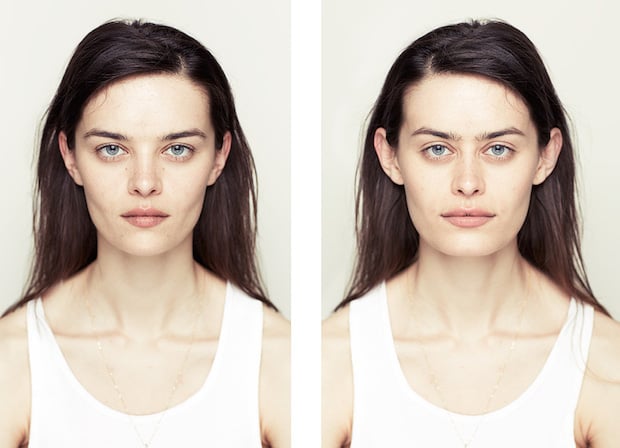 New York-based photographer Alex John Beck began his series Both Sides Of in order to explore two beliefs. First, that perfectly symmetrical faces are the most beautiful. And second, that one face is representative of one character.

The final photographs, displayed as pairs of symmetrical portraits that show what the subject would look like if you simply mirrored their left or right sides, seem to indicate that neither of these beliefs holds true.

You see, when Beck created his portrait pairs he discovered two different characters, neither of which was necessarily more beautiful than the normal, non-symmetrical person. In fact, the symmetry often comes across as creepy… subtly inhuman.

Sometimes the two portraits looked similar, other times like siblings who look very much alike, but are still easily distinguishable. 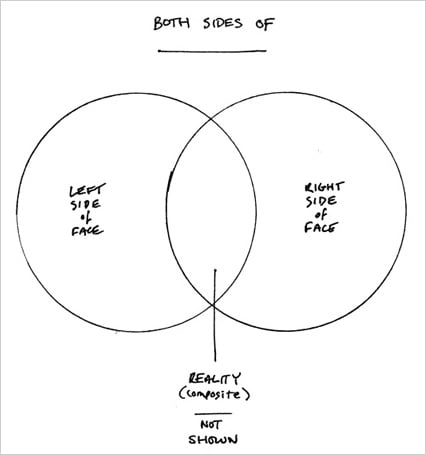 In real life, explains Beck in the project’s statement, we see the middle area of the Venn diagram above. A mishmash of two characters that come together to create an unsymmetrical, unique composite. But when you take away that center portion and focus on only one circle at a time, the person’s duality emerges.

Here’s a selection of photographs from the series: 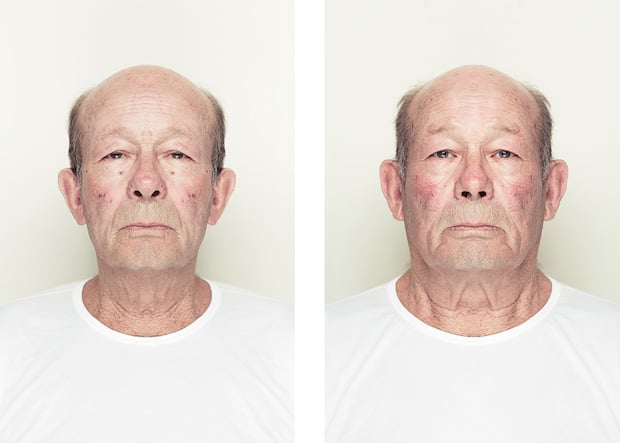 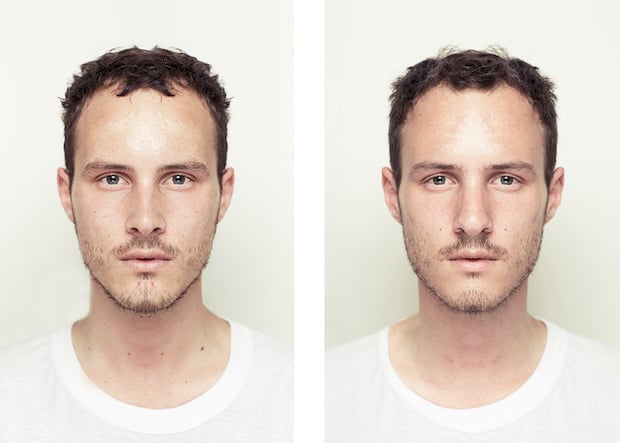 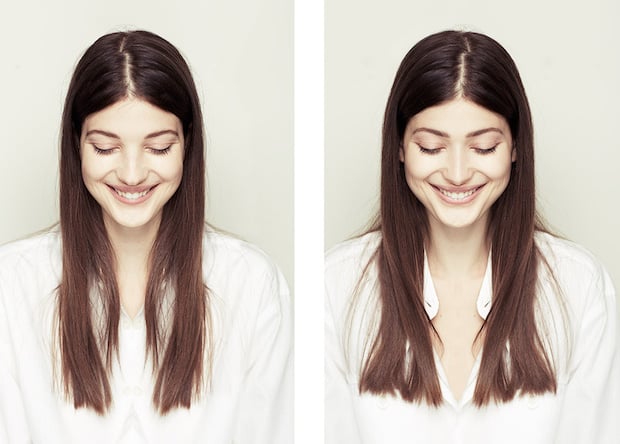 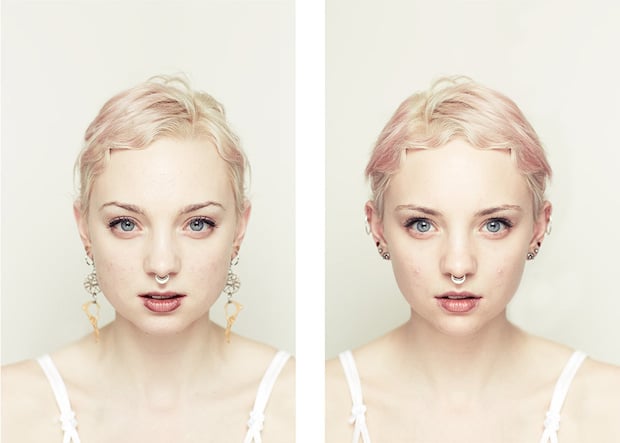 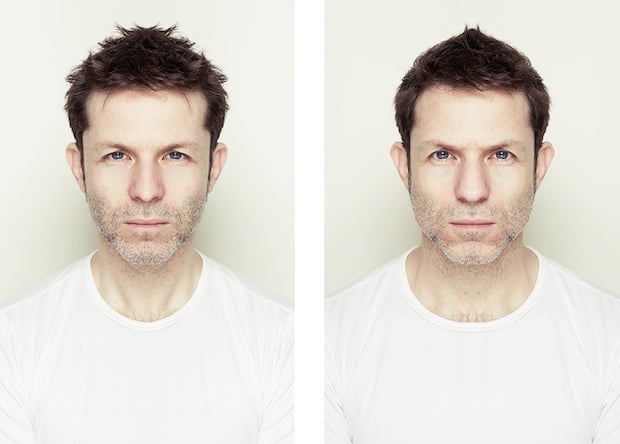 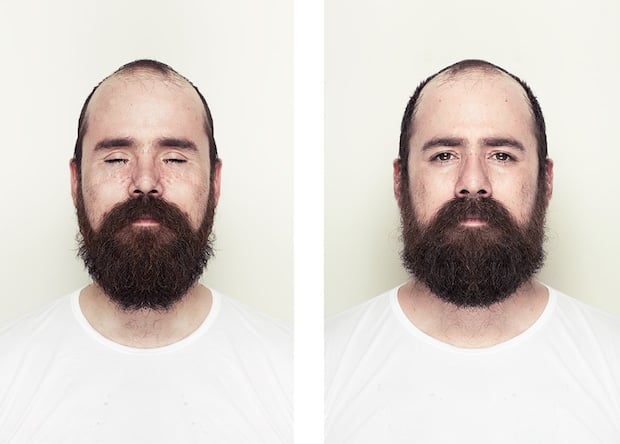 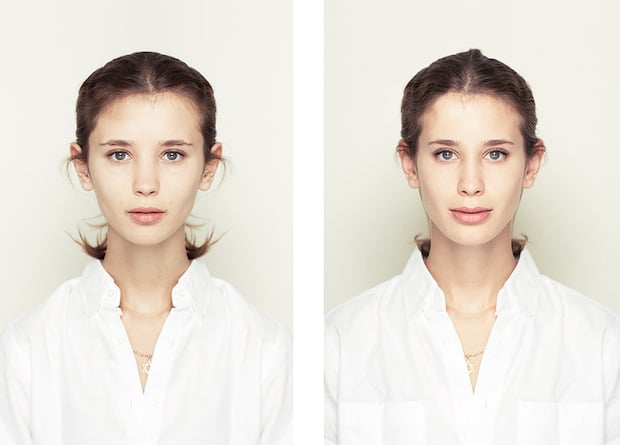 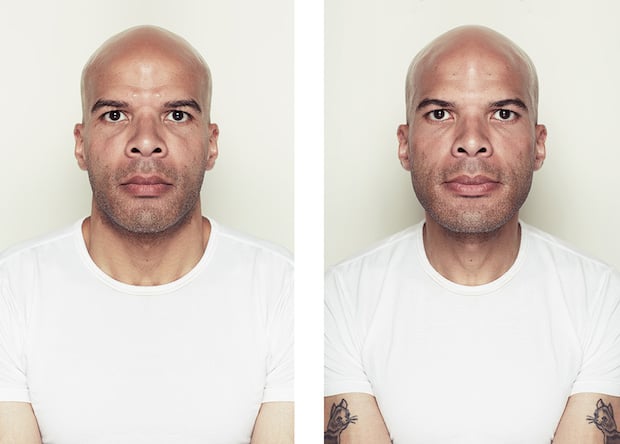 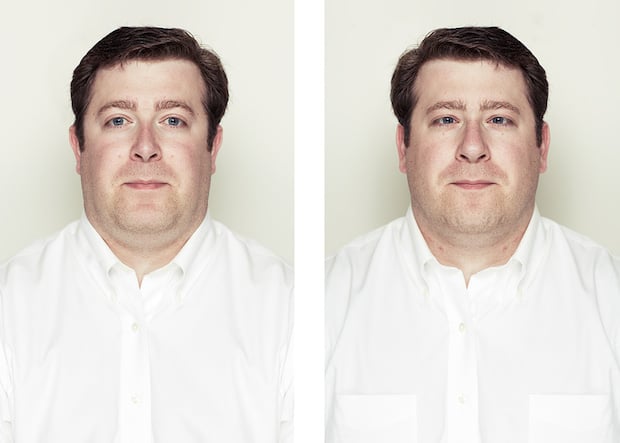 “Within these new forms we see the two characters that are ever-present, embedded in the single face,” writes Beck. “The less symmetrical they are initially, the more different the characters suggested by each face. The more symmetrical faces betray their owners more subtly, however, one side proves clearer, the other more inward-looking.”