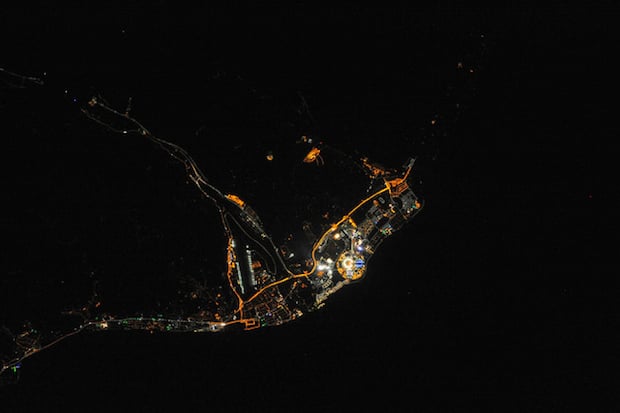 Lets set aside all the controversy surrounding the 2014 Olympic Games for a moment and just take in the view, because NASA has — in the way only NASA can — put the games in perspective for us with this beautiful photo taken while passing over Sochi at night in the International Space Station (ISS).

Professional photographers on the ground should just give up (not being serious here folks…) because there’s no way they’ll match what an Expedition 38 crew member was able to capture in this “vertical 600mm night view,” as it’s described on the NASA Flickr page.

Here’s a closer crop (although we still highly suggest you check out the full res version here): 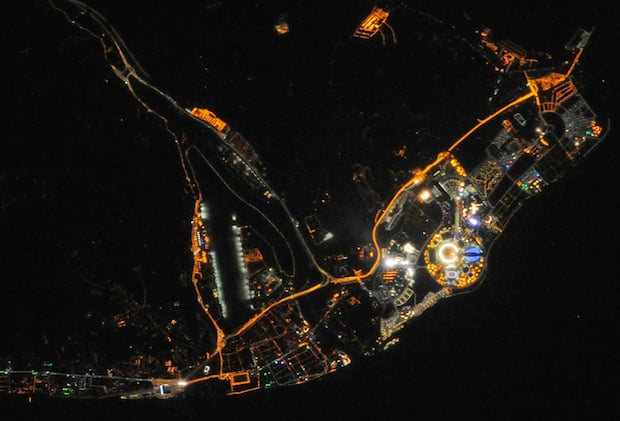 Those who have been following the games should have no issue identifying the different venues, most obvious of which is Fisht Stadium where the Opening Ceremonies were held less than a week ago.

For me, a recovering medical nerd, I can’t help but see this as a beautiful macrocosm of a neuron, lit up like the proverbial Christmas tree as all the world’s attention focuses on this one bright spot of Earth.

The Spirit of Albania: A Conversation with Street Photographer Gilles Roudiere

Adorama Momentarily Lists the Nikon D4s, Sensor Specs Not in Line with Rumors