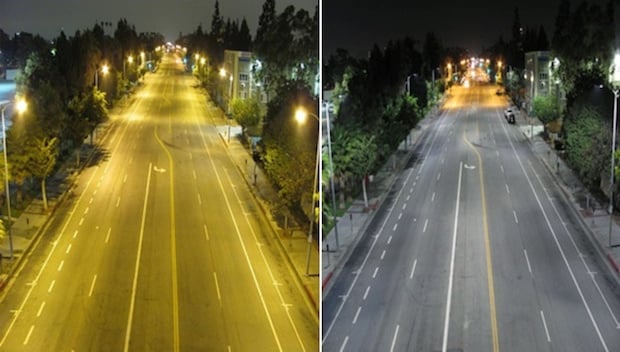 LED streetlights are the wave of the future, but in addition to being the environmentally friendly choice, doing away with high-pressure sodium streetlight has one other significant (at least to photographers and filmmakers) side effect: it completely changes the look of night photography.

Night photography in big cities like LA and New York City is almost iconically orange. But that quintessential streetlight glow is disappearing — particularly in LA, where the city just underwent the world’s largest LED streetlight retrofit — and No Film School‘s Dave Kendricken maintains that it’s going to change everything where filmmaking is concerned.

These before and after pictures provided by the Los Angeles Bureau of Street Lighting certainly seem to prove his point: 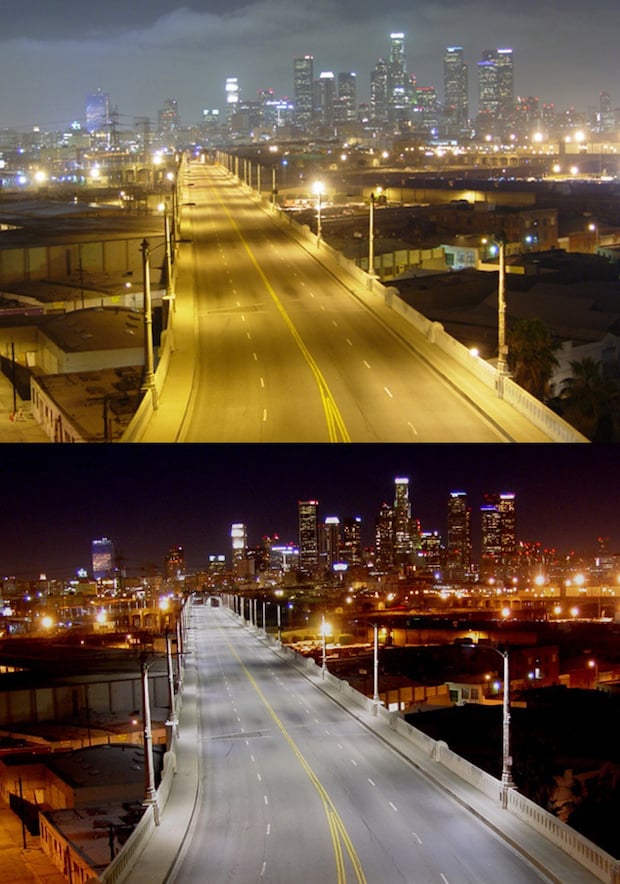 Of course, the changes are more than merely aesthetic. In addition to the likelihood that your tungsten white balance setting will get a lot less action, Kendricken points out some practical concerns:

The interesting thing about non-tungsten artificial light sources is that they often produce a non-continuous or incomplete spectral output. This can affect the appearance of certain colors under that output. More simply, you can’t really put colors back in that weren’t there to begin with, even by gelling such a light source or color correcting in post.

You can dive a lot deeper into how exactly this change — which, given the significant financial and environmental benefits, will likely sweep across all major cities before long — will affect photographers and filmmakers over at No Film School (it’s a phenomenal article that is well worth a read).

But even if you’re not interested in the details, one thing is for sure: the look of nighttime photography in big cities may soon change forever.

(via Gizmodo via PopPhoto)

Fresh Details About the Nikon D4s Surface on the Rumor Mill