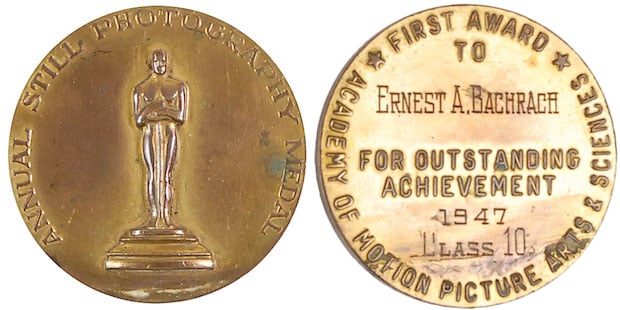 Many people don’t know this, but for a brief stretch of time, there was an Academy Award given out for the category of Still Photography. And now, one of the three of these medals ever awarded is up for auction.

The Academy Awards are right around the corner, but while photographers might not be as interested in the Oscars nowadays, back in the early 1940s, some of us might have followed the awards to see who received that year’s prize for in the Still Photography category.

Three awards total were given out: one in 1941 to Merritt Sibbald, one in 1942 to Scotty Welbourne and one in 1947. Of those, the third is considered the most worthwhile, having been received by Ernest Bachrach who worked on such classics as King Kong and Citizen Kane. And it’s this award that is now up for auction at New Hampshire-based auction house RR Auction. 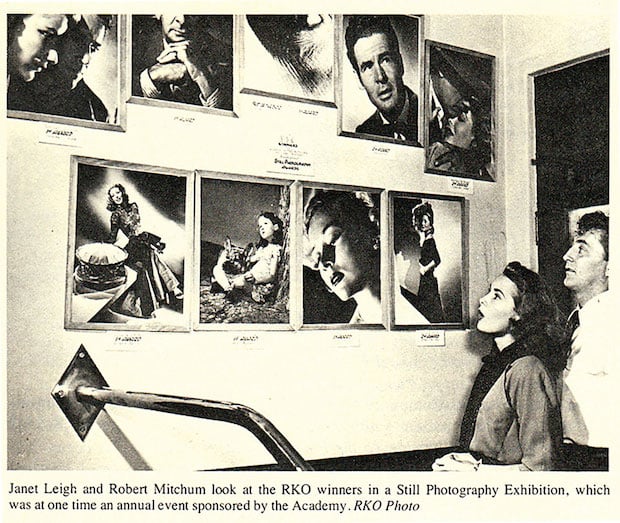 The medal is part of a larger Hollywood-themed auction that is going to end tomorrow, and it’s currently bidding for just under $20,000.

“Bachrach’s medal is unquestionably the most desirable, as he was one of the most prominent Hollywood photographers of the period,” explains RR Auction VP Bobby Livingston. “Today, his work is arguably the most collectible of any of his peers.”

To learn more about the medal or if you have somewhere in the vicinity of 20 grand to spend on an ultra-rare piece of memorabilia such as this, head over to the RR Auction site by clicking here.

Industry, News
oscars, stillphotography
Related Articles
Discussion
Trending Articles
Photographer Captures the Many Colors of the Full Moon Over 10 Years
May 25, 2022
Photographer Teaches Posing to Prove Anyone Can Be Photogenic
May 26, 2022
The Kodak Ektar H35 Shoots Two Photos Per Frame of 35mm Film
May 26, 2022
Nikon Plans to Basically Abandon DSLRs by 2025
May 26, 2022
Astrophysics Student Takes Graduation Photo Under a Total Lunar Eclipse
May 26, 2022