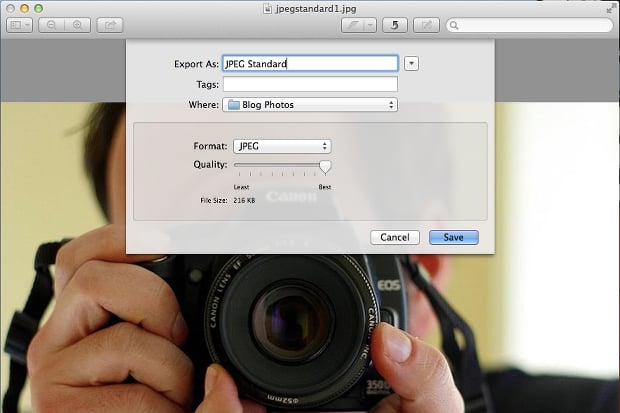 The JPEG standard made its debut in 1991 (publicly in 1992), and since then it’s become the most widely used lossy compression format for digital images. Now, The Independent JPEG Group at the Leipzig Institute for Applied Informatics — the folks responsible for defining the standard — has released an all new version 9.1 of the software library that comes with some powerful new abilities.

The new version of the ‘libjpeg’ library, as it’s called, is making headlines because, not only does it support 12-bit color depth and additional scaling functions, the new standard also supports more compression options including completely lossless compression.

So, while it might be some time still before any photographic hardware or software adopts the standard, this ability could potentially make it a competitor for both RAW and TIFF files when it comes to working with and archiving photographs.

You can get more details about the update from the original press release, but before you do that, what do you think of this update? Is it a big deal, or does it not matter given the prevalence of RAW files in the world of digital photography?

News
jpeg, jpg, lossless, update
Related Articles
Discussion
Trending Articles
Milky Way Explodes Into View During Lunar Eclipse
May 18, 2022
Wedding Photographer Tells Couple to Act Drunk, Gets Amazing Portraits
16 hours ago
Blood Moon, Aurora, and Milky Way Captured in One Photo
May 19, 2022
The Science Behind Why Watches are Set to 10:10 in Advertising Photos
May 17, 2022
Eerie Photos Reveal Last Moments Before Women Vanished in Panama
May 19, 2022