Vertical Video Syndrome, or VVS, is a plague that photographers, videographers and just about everybody else have been trying to eradicate from the face of the Earth for some time now without much success. Thankfully, there’s a ray of hope on the horizon. It’s an app called, appropriately enough, Horizon, and it absolutely positively will not shoot vertical video, no matter how you hold your phone.

The app was developed by the folks at Evil Window Dog, and it made its grand debut yesterday to much huzzah-ing and other exclamations of joy. The premise is simple: using the phone’s gyroscope, the app keeps your video level at all times.

Whether the phone is horizontal, vertical or some angle in between — even if you are moving it while recording — the video will come out level every time. 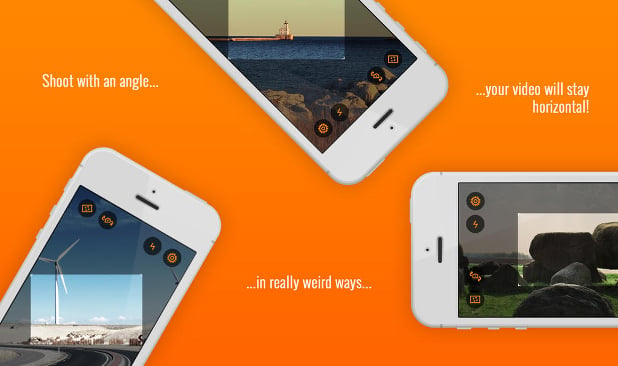 Further features let you customize the Horizon experience a bit. You can pick form 1:1, 4:3 and 16:9 aspect ratios and rotate, rotate & scale and no rotation modes. You can even dial in the resolution you prefer, selecting from VGA, 720p or Full HD. And, of course, in keeping with the times, there are also eight filters to choose from just in case the real world isn’t retro enough for you.

For now, Horizon is an iOS only app with no word on whether this will be coming to Android anytime soon. To get your own, head over to the iTunes App Store and be ready to drop $1 of your hard-earned cash. Yeah, we were bummed that it wasn’t free too, but even that is a special 50% off introductory price — and besides, $1 is a small price to pay to do away with VVS.