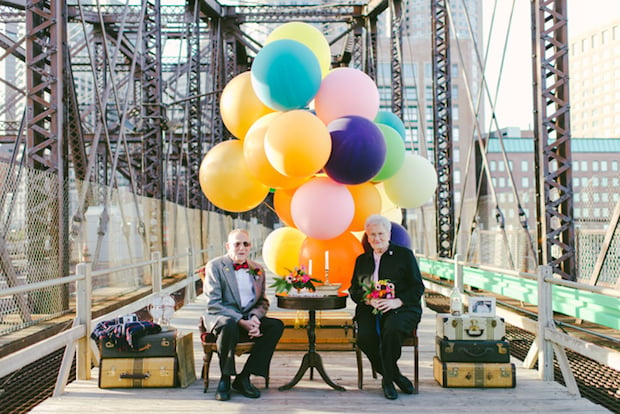 Sixty-one years ago, when Dorothy and Donald Lutz got married, there was one conspicuous absence as they recited their vows: the wedding photographer… he never showed up. And while they can’t go back in time and right that wrong, granddaughter-in-law and event planner Lauren Wells recently made sure that they would have a photo album worth envying.

Together with her friends — Boston-based photographer Cambria Grace and Caroline O’Donnell from Wild Folk Studio — the trio put together a 61st anniversary photo shoot inspired by the Pixar movie ‘Up!.’ It’s touching, beautiful and likely the envy of every elderly couple who will have the chance to see it.

Wells brought the props, O’Donnel the floral arrangements, Grace the photography expertise and Donald and Dorothy brought the most important ingredient: themselves — and all dressed up for the occasion to boot.

All of the pictures were taken on the Old Northern Avenue Bridge in Boston where the pair of 82-year-olds let their love shine through for an hour while Grace, Wells and O’Donnel did their best to capture it: 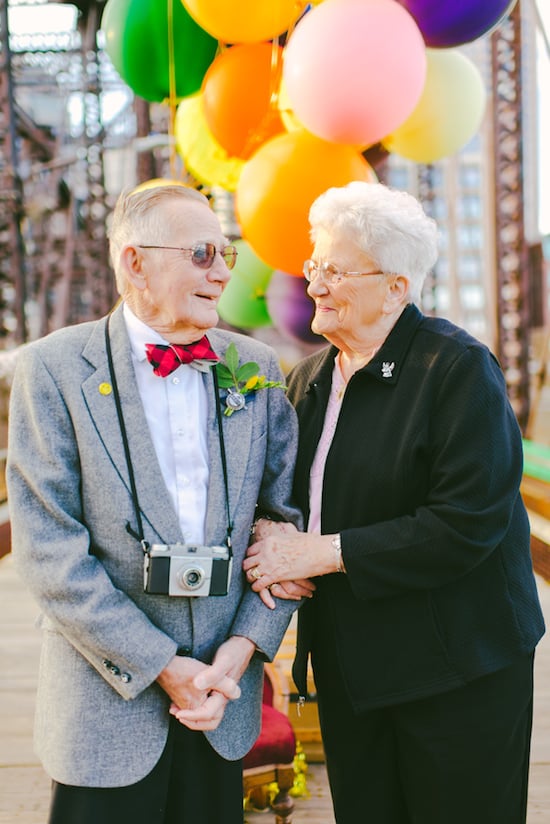 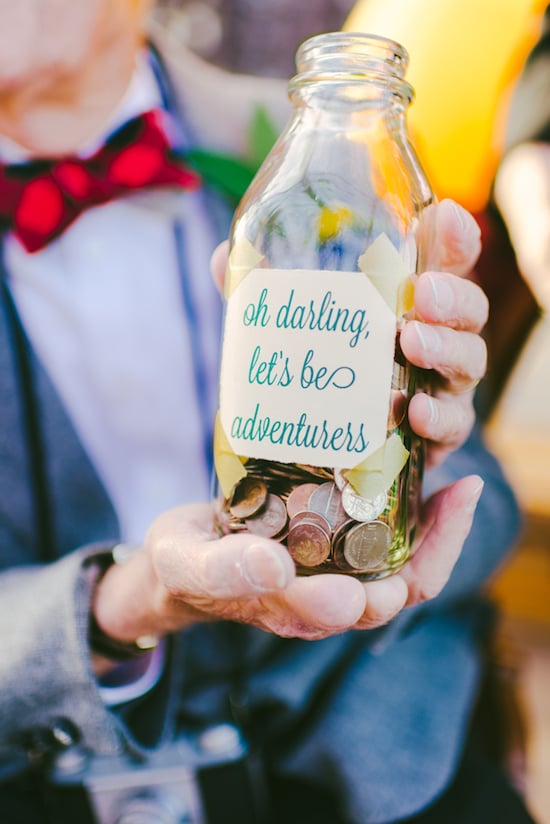 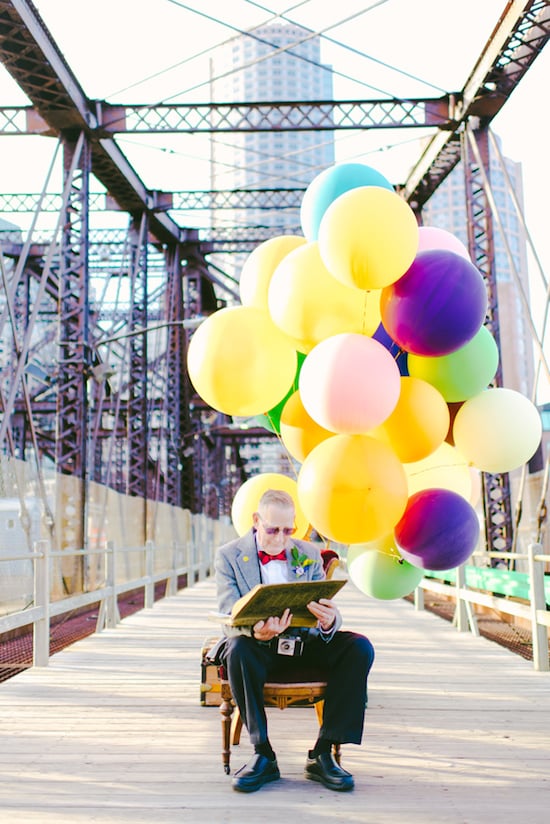 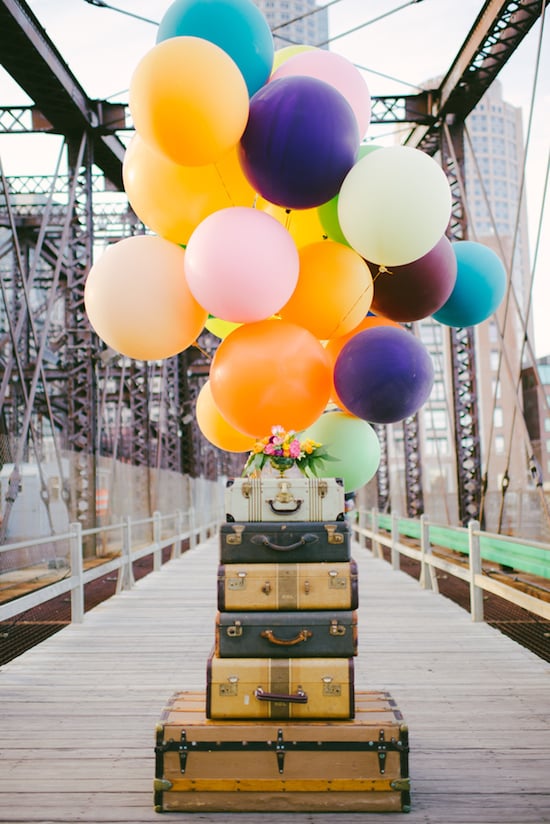 Speaking with The Boston Globe, Wells explains that she came up with the idea while sitting around the diner table:

My husband and I were at dinner with his grandparents and they told us how their wedding photographer never showed up and I was like, I got it. We’ll do an ‘Up!’-themed anniversary shoot for them. They’re the cutest couple ever so we’ll take them to the bridge for an hour and have a fun day.

It’s been over 61 years since the couple was stood up by their wedding photographer, and even though Dorothy admits to being a bit miffed that the have no photos of that occasion, “the main thing,” she said, was “being married to the one that I loved very much.”