For a recent project, Montreal-based photographer Benjamin Von Wong wanted to do something interesting: he wanted to create ‘world within a world’ style photographs WITHOUT using any Photoshop to achieve the final effect. It took some creativity and help from some very talented set designers, but in the end they pulled it off!

The problem with creating photographs like this without Photoshop is that it is basically a composite photo without the ability to… well… composite. There were a few levels to the shot that all needed to exist at the moment the shutter clicked.

First, the ballerina needed to seem as if she was a tiny person in a larger than life world. Then she was to be set within a scene that had her inside a room that, then, opened up to picturesque vistas behind her.

All of this screams Photoshop: The ‘larger than life’ objects she’s holding are easier blown up than created by hand, and those picturesque vistas behind her are easier to shoot separately and insert. But Von Wong did none of that, and yet he still got these results: 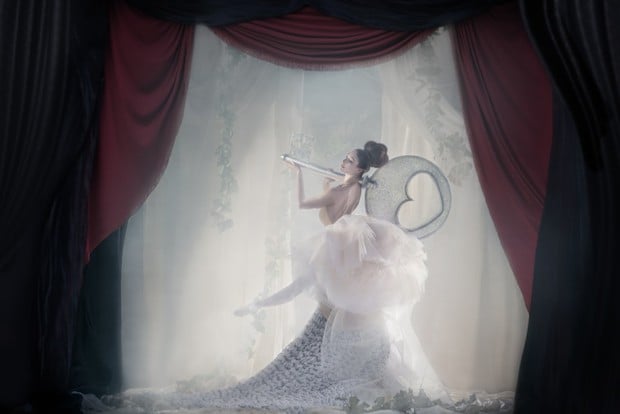 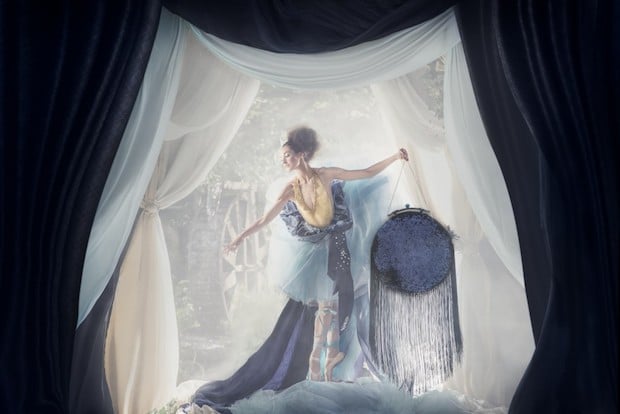 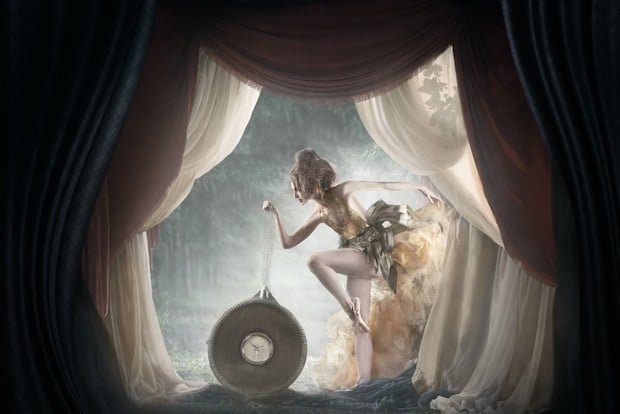 The giant props were the easy part, all they had to do was make them by hand. But in order to create a world within a world IRL, Von Wong enlisted the help of stylist/designer Yvan Castonguay and set designer Charlotte Grant to build a studio outdoors.

We won’t go into the DIY specifics or the challenges they had to overcome and how they did it — the video at the top takes care of that — but what they came up with was both creative and incredibly versatile… plus kind of fun to play in: 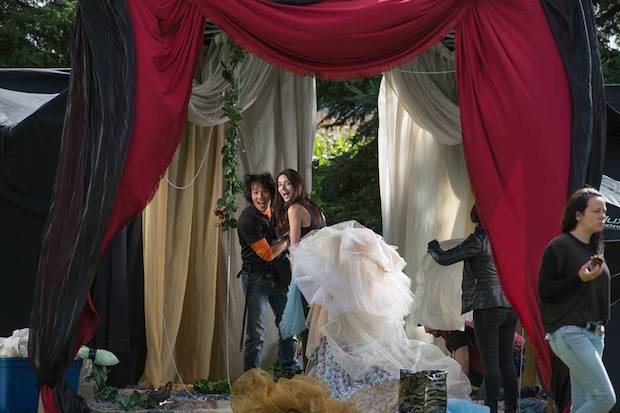 So check out the BTS look at the top, and if you want to see larger versions of the photos or a more detailed breakdown of how Von Wong, Castonguay and Grant took this idea from crude drawings to beautiful photo shoot, head over to Von Wong’s blog by clicking here.