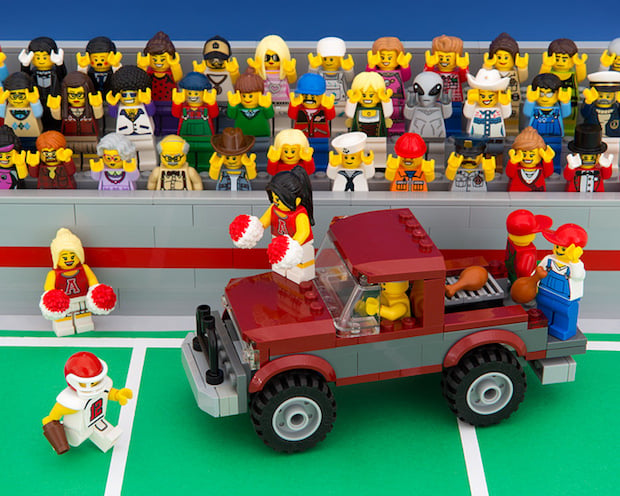 Sometimes inspiration strikes when you’re out in the wild, climbing mountains and taking in breathtaking vistas. Other times, it happens when you’re looking after your 7-year-old daughter and playing LEGOs. You can probably guess how photographer Jeff Friesen’s 50 States of LEGO series came about.

Friesen hails from Halifax, Nova Scotia, so it’s only appropriate that he turn the “poke fun of Canada” table on its head and stereotype the US of A for a change (although he did tell The Phoblographer that the project started by depicting the 10 Canadian provinces before moving on to the states).

Each of the dioramas in the series is made with the LEGO pieces he has on hand and some construction paper. Whatever little Photoshop goes into the project is usually there to remove strings used to hold certain pieces in the right spot (the Kansas house, for example) or make minor color corrections.

Speaking with Wired, the professional photographer explains that this funny little project is a great way for him to blow off some steam while keeping his daughter entertained. “I’m quite serious in my other work — this project sorta gives me an outlet,” he told the magazine. “And I always like to keep that time with her productive.”

Here’s a selection of some of our favorite (and most obvious) states. We’ve left out the names on purpose so you can give it your best shot identifying all of them on your own: 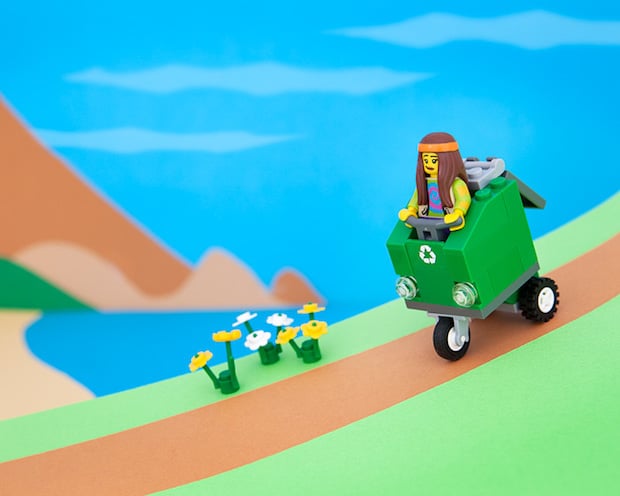 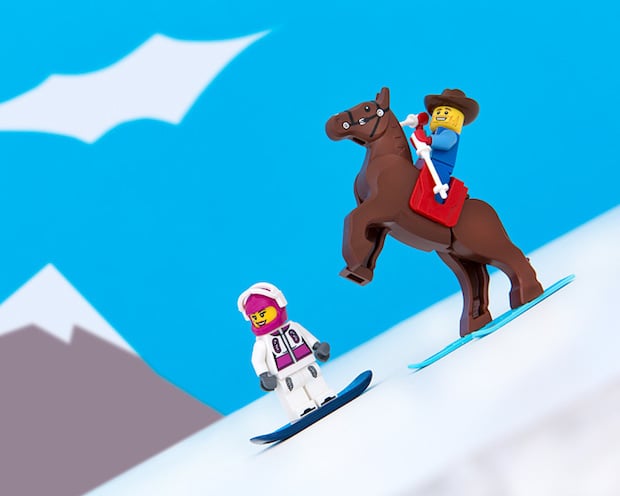 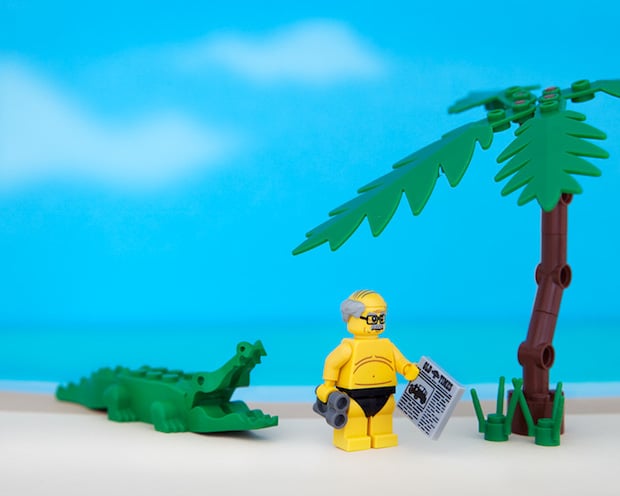 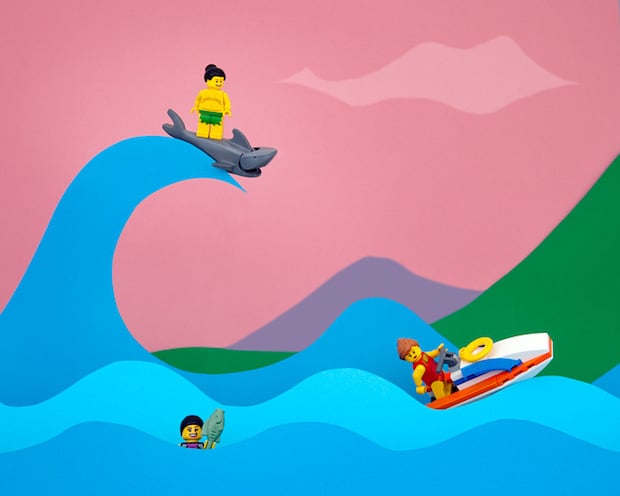 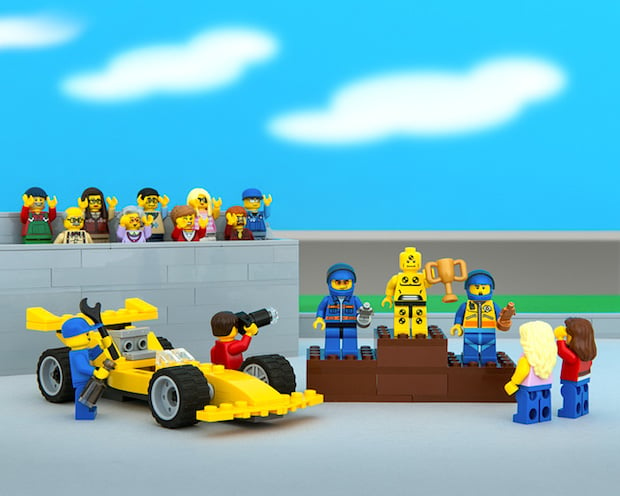 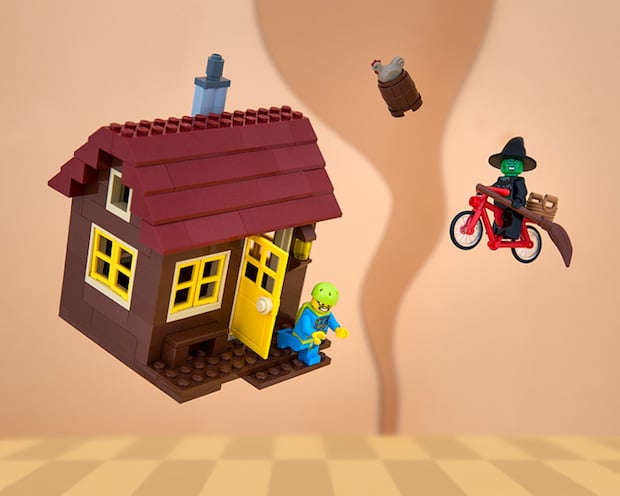 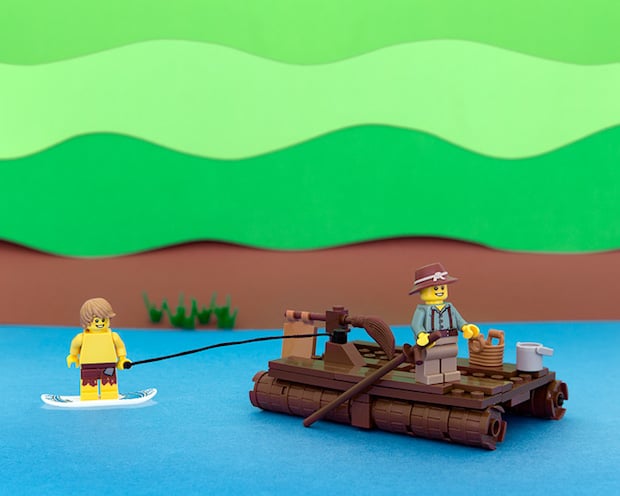 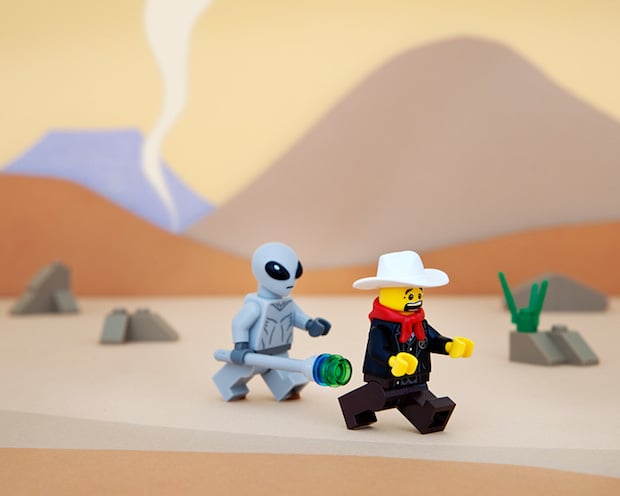 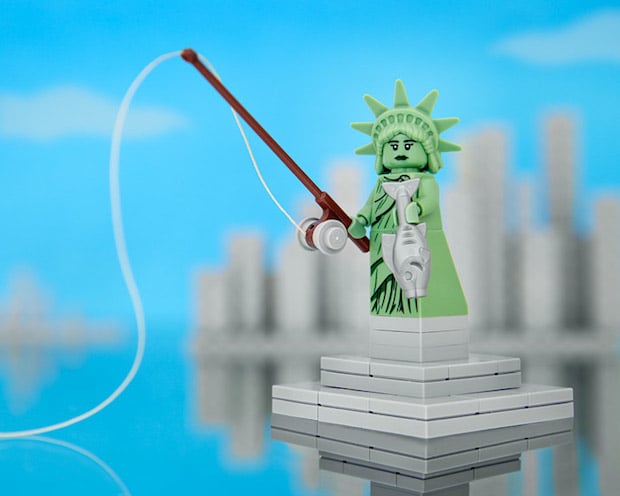 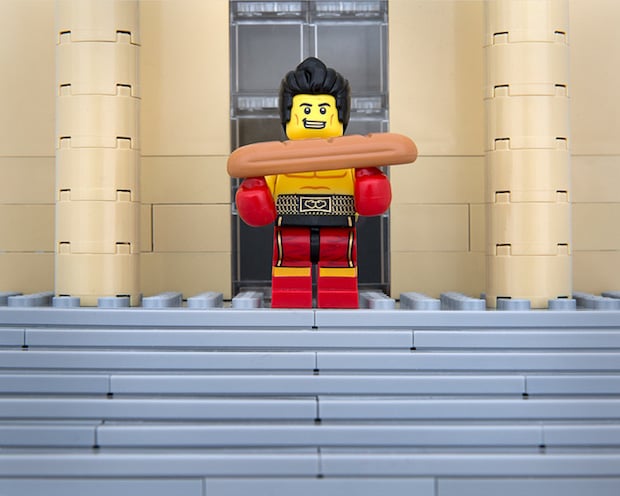 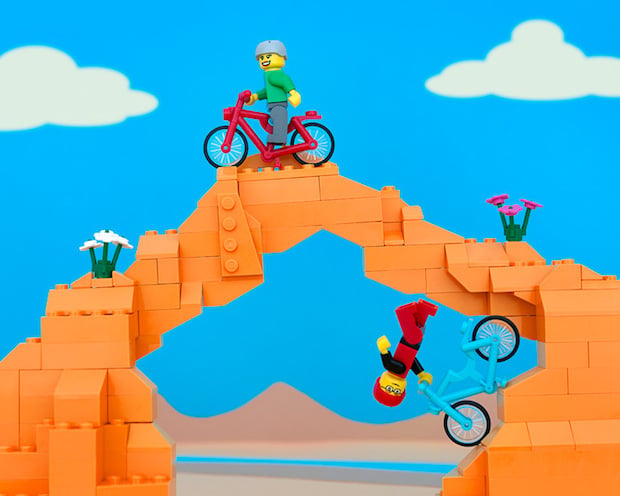 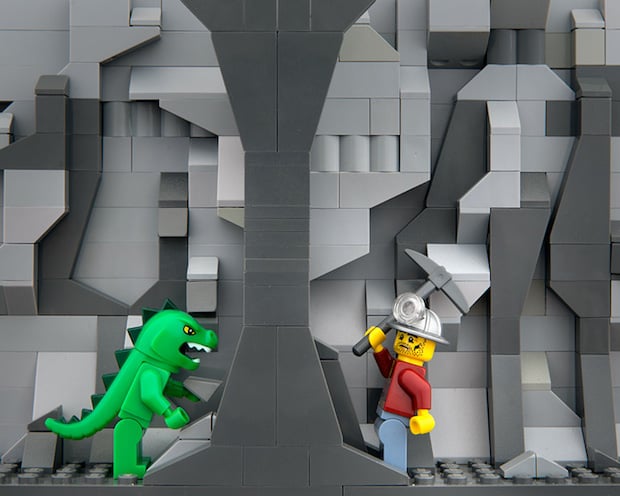 Speaking with the folks over at the The Phoblographer, he explained a bit about his process:

I kept a list of all 50 states and kept adding ideas to them based on the limitations of my daughter’s Lego collection. For example, it would have been nice to build the St. Louis Arch for Missouri but I don’t have enough bricks to do it in a pleasing scale. I do have the bricks to build a raft, however, which led to the Tom and Huckleberry raft scene.

To see more from Friesen or if you’d like to purchase an 8×10 print of one of these scenes for $22 (hello gift idea), head over to his website by clicking here.

Image credits: Photographs by Jeff Friesen and used with permission.