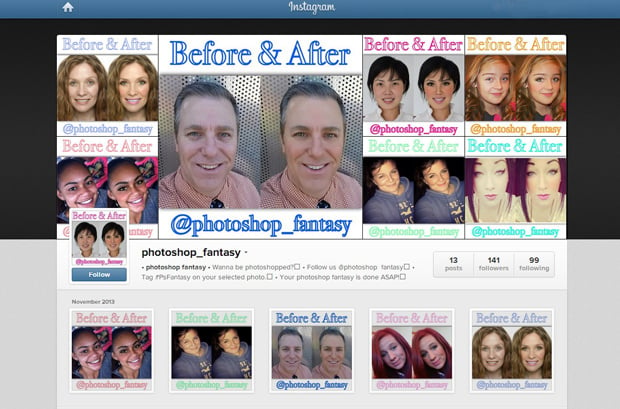 Here’s a new way to be violated in the social media era: Post a photo of yourself on Instagram, then wait for somebody you don’t know and didn’t authorize to repost an edited version that looks vaguely like you, except shinier and with a lot more makeup.

That’s what happened to blogger Carrie Nelson, who snapped a selfie a few days ago and posted it on Instagram with hashtags that made it obvious this was more a documentary moment than a glamor shot.

A little later she noticed she had been friended by @photoshop_fantasy, an Instagram user who offers selfie makeover services for those who ask for them via the right hashtag. (A service that seems to be appreciated by most of the subjects, despite … well, judge the quality of the work for yourself.) 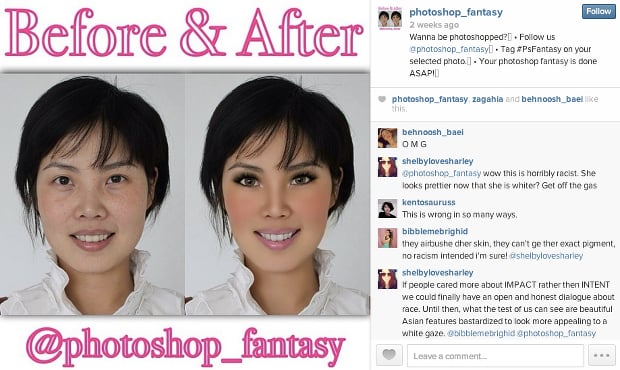 Nelson didn’t apply that hashtag, but there she was a few hours later on the Photoshop Fantasy photo feed: A “before” image of her original selfie and an “after” version that makes her look blemishless, made-up, and otherwise Barbie-like.

Nelson was, of course, bothered by the aesthetics and rights infringement, but she was more upset by the misappropriation of her message. “I was angry because the doctored photo directly contradicted the entire purpose of my selfie,” she wrote at The Frisky. 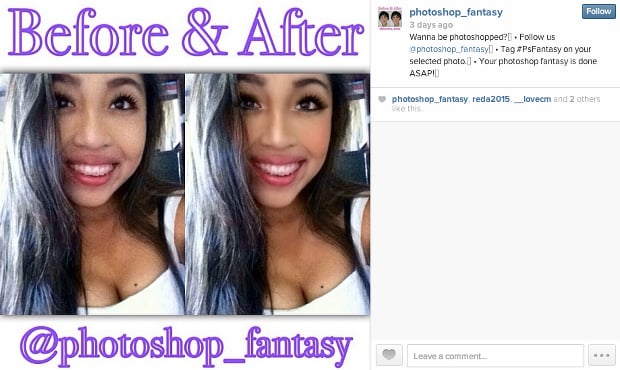 Photoshop Fantasy later posted an apology for the “unadvised Photoshops” and appears to have removed Nelson’s photo, but not before the story got out and outlets such as Business Insider labeled the account ‘creepy.’ Feel free to offer up your own adjectives in the comments down below.

(via The Frisky via Business Insider)

New ‘Nano-Camera’ from MIT Sees Things at the Speed of Light, Costs Only $500