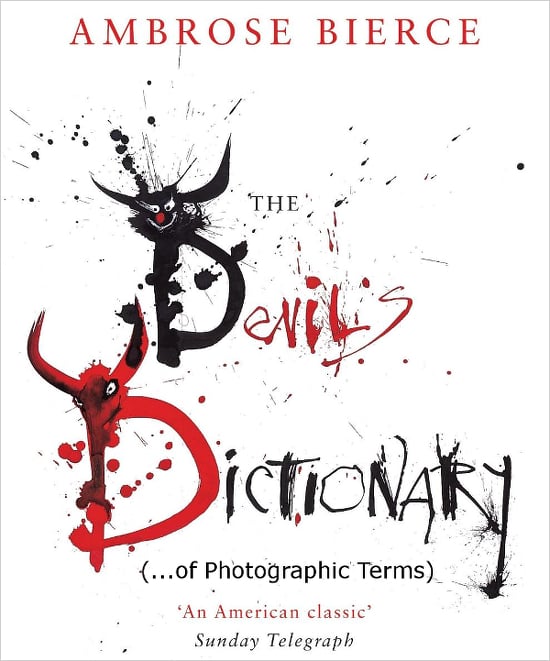 Picture — A representation in two dimensions of something wearisome in three. – Ambrose Bierce

I’m a fan of the satirical and cynical definitions of Ambrose Bierce, first written as a daily newspaper column and later collected in The Devil’s Dictionary. (It was originally called the Cynic’s Word Book, but so many politicians of the day called Bierce a Devil that he felt the new title more appropriate). 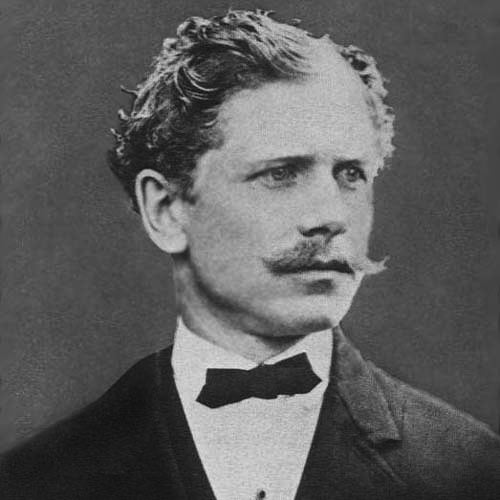 Unfortunately, very few of Mr. Bierce’s definitions apply to photography. Seeing a need that should be filled, I immediately began working on a Devil’s Dictionary of Photographic Terms. Hopefully, some of you will join in and help to expand this desperately needed work.

Aperture — The opening of a lens, identified by a number that gets larger as it gets smaller.

Autofocus, Phase Detection — A method to approximately put the plane of focus somewhere near an object approximately selected by a point in the viewfinder that approximates the location of a dedicated sensor in the camera which is approximately calibrated to the camera’s image sensor. See also, Depth of Field.

Bokeh — The look of the picture in the parts where you can’t tell what you’re looking at.

Build Quality — How heavy the metal barrel, on the outside of all the important parts of the lens, is. For example, any lens weighing more than 2 pounds has great build quality.

Corner — The edge area of an image, generally known for its lower image quality. It begins at the points furthers from the center of the image and depending upon the equipment and photographer, it comprises between 20% and 100% of the image.

Decentered — An image showing very poor quality, usually considered to be caused by the equipment mounted to the front of the camera, but often caused by what is behind the camera. See also, Sample Variation

Depth of Field — The part of an image that is in best focus, traditionally placed just in front of, or just behind, the subject See also, Autofocus.

Genre — Broad categories of photography such as landscape, action, glamour, wildlife, and portrait, all of which taken together are less common than the most popular genre, the ‘selfie’.

Glamour — A type of photography practiced by many and mastered by few, with the purpose of creating images of creatures not found in nature.

Image Stabilization — A technologic triumph consisting of lenses, magnets, position sensors, springs, and electric motors that is nearly as effective as 3 sticks of wood attached to a base plate. See also, Tripod.

In Spec — Slang term meaning both ‘we can’t make it any better’ and ‘you probably can’t tell the difference anyway.’

Lens coating — Thin layers of substances applied to clear glass that makes it clearer. In the 1600s people would be burned at the stake for claiming things like this.

Minimum Focal Distance — How close an object may be to the front of the lens, yet still be in focus. Historically of importance for macro photography, but today used to make certain arm’s-length ‘Selfies’ are in focus.

Render — From the German ‘Render’. Something an expensive lens is said to do, especially when it doesn’t do anything else exceptionally well.

Sample Variation — The difference between this lens and that lens, even though both of them are the same lens.

Stop Down — To move the f-number up.

Sensor — The device that actually takes an image. Its most important attribute is the number of megapixels unless yours has fewer, in which case dynamic range, high ISO performance, microlens effectiveness, color accuracy, and other characteristics are more notable.

Sharpness — The amount of fine detail visible in an image before it is compressed to 1/10th its original size to post online.

Silence — The response of many wives and at least one camera company when an obvious problem arises.

Technique — The methods that let someone else make pictures I couldn’t afford to buy using equipment that I would throw away, and vice versa.

Tripod — A stabilizing device with three legs that everyone agrees would improve the sharpness of images taken by others. See also, Image Stabilization.

Vignette — A technique used by lens designers to make the image very dark in the places where the lens is very bad, based on the principle that if things are dark enough you won’t notice how bad they are.

Wedding Photography, n. — A complex form of photography consists first of making hysterical people appear calm and joyous, and later making drunk people appear pleasantly tipsy. The purpose is to create a beautiful album of images that statistically has a 54% chance of being ripped into little pieces within 5 years.

Of course, this list of definitions is incomplete so please feel free to add ones I’ve missed as comments. If things go as they usually do with my blog, the comments will end up being more amusing than the original post.

Humor: Replacing the Cigarettes in Mad Men with Party Horns