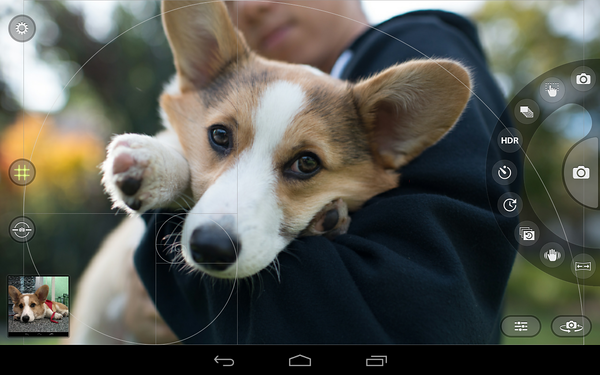 It took a year and a half, but the folks over at SmugMug have finally managed to bring their much-loved camera app, Camera Awesome, over to the Google Play store for Android users to take advantage of and enjoy.

In case you’re not familiar, Camera Awesome is a paid camera app that SmugMug put together about a year and a half ago for iOS.

The app offers all sorts of cool features like different camera guides, the ability to choose separate exposure and focus points, a slew of editing features, your typical selection of filters and an “Awesomeize” button that does a pretty decent job sprucing up your smartphone shots — all available exclusively on iOS devices… until now. For Android fans offended that it took 20 more months to bring Camera Awesome to Android than iOS, you might want to give SmugMug a pass on this one.

Both apps actually went into development at the same time, but the fact that Android is fragmented across so many different devices with varying screen sizes and capabilities caused serious headaches for the design team.

“It turned out to be so much more difficult than iOS,” CEO Don MacAskill told CNET. “The plethora of devices is a real pain. Earlier versions of Android had some serious issues around memory management, so taking and editing photos was basically the thing you couldn’t do without jumping through all kinds of hoops.” 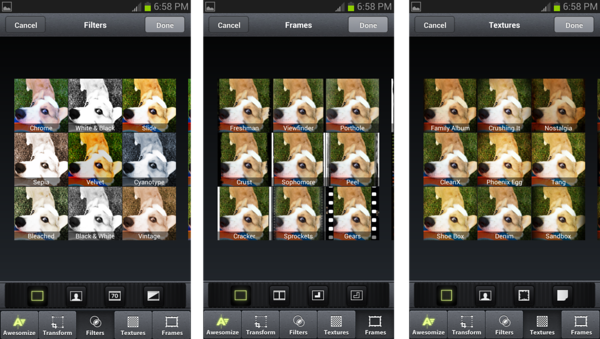 Whatever the challenges, the developers have finally overcome them, and Android users now have one less reason to be jealous of iPhone photographers. Well, at least Android users with the most popular handsets.

Because of the aforementioned challenge of having so many different screen sizes and processing capabilities to work with, the app is only compatible with: the Samsung Galaxy S3 and S4, the Galaxy Nexus, the Nexus 4, 7, and 10, the Sony Xperia Z, the Motorola Moto X and Droid Razr, and the Kindle Fire HDX (the Nexus 5 is in testing).

If you happen to own one of those devices and want to get your hands on the newly available app, head over to the Google Play store and have your payment information at the ready, this one’ll cost you $3.

Mobile, News, Software
android, camerapp, smartphone, smartphoneapp, smartphonephotography, smugmug
Related Articles
Discussion
Trending Articles
Photographer Captures the Many Colors of the Full Moon Over 10 Years
May 25, 2022
Photographer Teaches Posing to Prove Anyone Can Be Photogenic
May 26, 2022
The Kodak Ektar H35 Shoots Two Photos Per Frame of 35mm Film
May 26, 2022
Nikon Plans to Basically Abandon DSLRs by 2025
May 26, 2022
Astrophysics Student Takes Graduation Photo Under a Total Lunar Eclipse
May 26, 2022