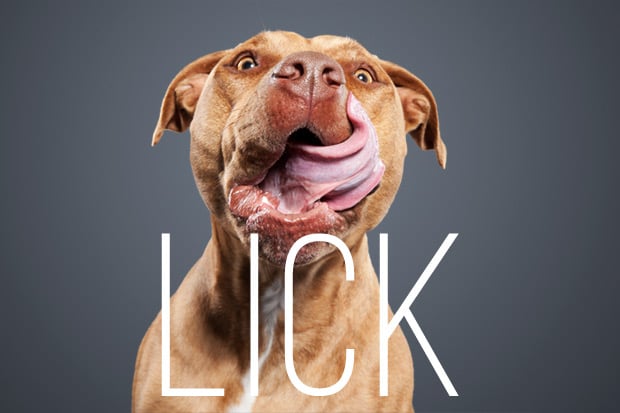 Cats might be the belles of the Internet photography ball, but I’m a dog person and I’ll be damned if cats get all the recognition. Photographer Carli Davidson’s series Shake was a giant leap in the right direction, and now another canine advocate and photographer has stepped forward with his own series of portraits.

His name is Ty Foster, and where Davidson’s series captured dogs mid shake, Foster’s series Lick captures them in the middle of licking their own face.

As a photographer, Foster has always focused on dogs. His own Rhodesian Ridgeback Tech is so used to being photographed that, even when out shooting for fun, he’ll count shutter clicks and bound over to Foster expecting a treat after 5 or 6.

The Lick series came about by mistake. One year ago, while looking through shots he had taken for a client, he kept stumbling across “throw away” pics of dogs licking in the studio. He couldn’t stop laughing, and thus an idea was born.

“For me, what their expressions were saying and what their tongues were ‘saying’ were complete opposites,” Foster told us over email. “I remember thinking that these images would make a phenomenal book, and from that point on I was determined to capture some more intentional images of dogs licking in studio.”

Here’s a look at some of what he’s captured for Lick so far: 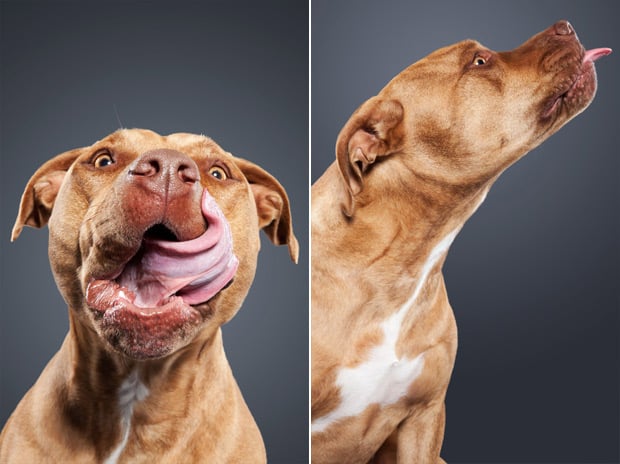 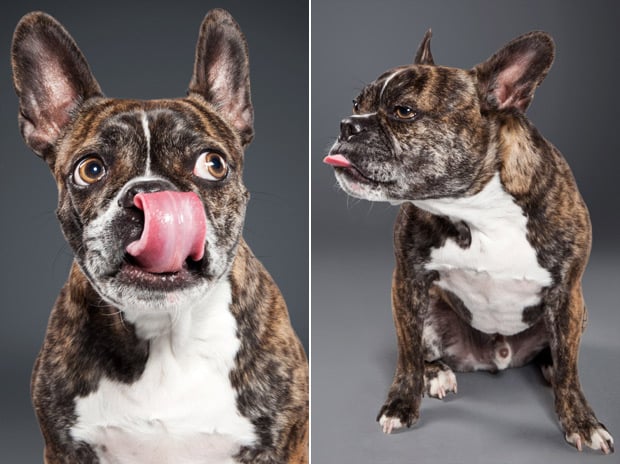 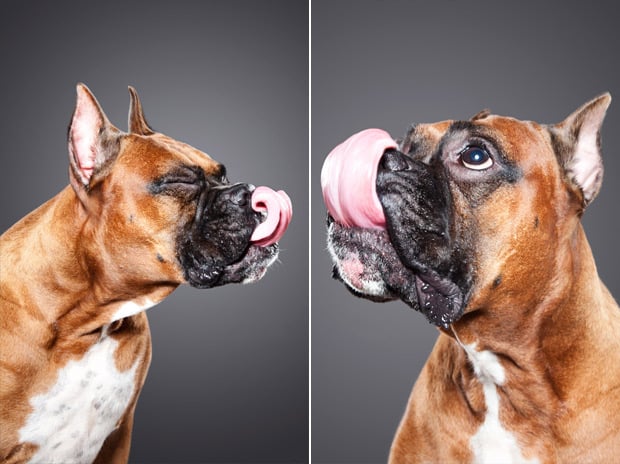 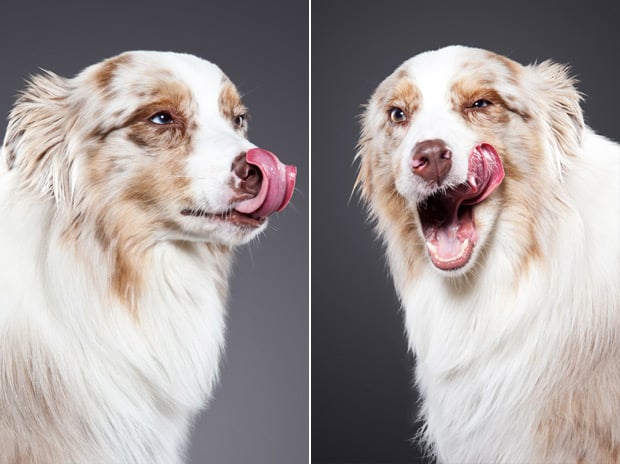 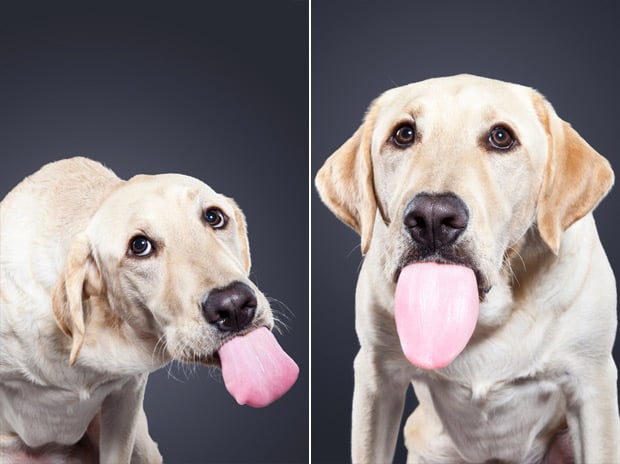 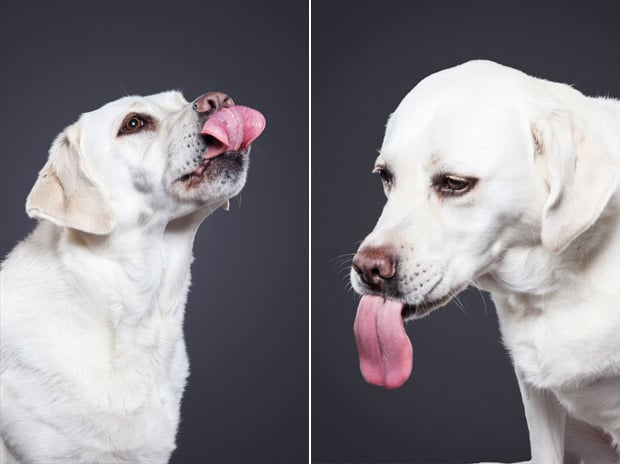 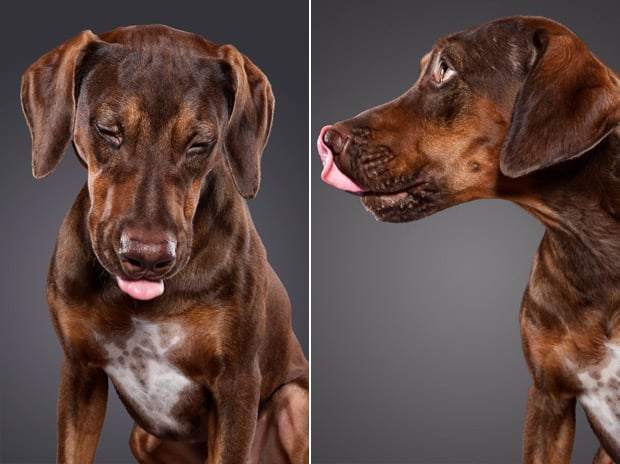 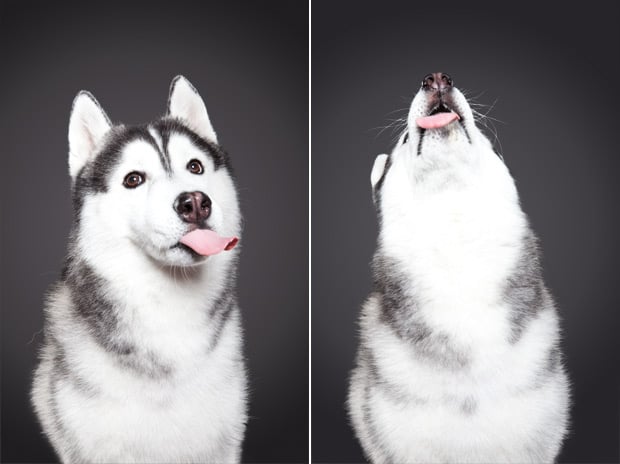 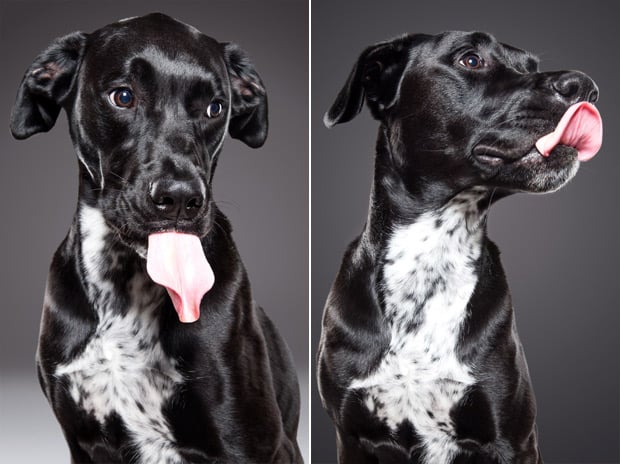 “One of the driving reasons I work with dogs specifically is they’re always genuinely expressing how they feel,” says Foster, “and the personality that is reflected in these portraits is my favorite aspect.” Yeah… take that cat people.

Fortunately for us dog/photography and dog & photography lovers, Lick is far from over. When we spoke to Foster he explained that he has “plenty more images to work on” and plans to release a book in the coming months.

To see more of the Lick series or if you want to browse Foster’s full portfolio, head over to his website or follow him on Facebook by following the corresponding links.

Image credits: Photographs by Ty Foster and used with permission.

Houston, We Have a Problem: Astronaut’s Camera Floats Away Into Space