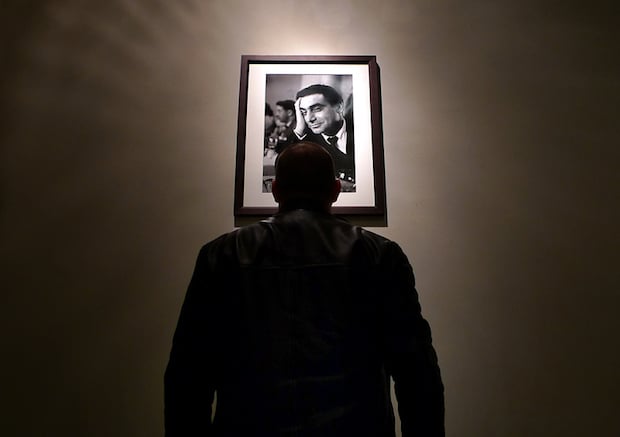 Two days ago, the late great Robert Capa would have turned 100 years old. There was quite a bit of revelry surrounding what would have been the iconic photographer’s centennial, but even though gallery openings and the like all paid homage to the great conflict photographer, one particular release is perhaps most special of all.

Thanks to an incredibly fortuitous set of circumstances, the International Center of Photography has managed to get its hands on and release a copy of an incredibly rare interview Mr. Capa gave back in October of 1947 — affording anyone who didn’t know him the first ever opportunity to hear his voice.

That’s not an exaggeration: this is the only known recording of Mr. Capa’s voice. The recording showed up on eBay from a seller in Western Massachusetts, who discovered it several years ago at an estate sale and was selling it for a starting bid of only 99 cents! 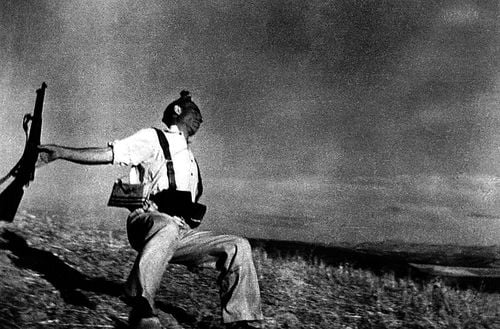 According to The New York Times, ICP Chief Curator Brian Wallis has an eBay alert set up for “Robert Capa,” which he usually doesn’t check. But as soon as he saw the recording, he knew it was priceless.

He immediately put down a high bid and contacted the seller directly, ultimately purchasing the recording for about $2,000. Now, those of us who were never fortunate enough to meet him or even be alive during his time, get to hear the photographer for the very first time.

Below we’re including a snippet of the interview in which Mr. Capa talks about what he considered his most famous photo, the iconic “Falling Soldier” shot (pictured above) that he has recently been accused of staging. If his story is to be believed, there was nothing staged about it:

According to Capa, the photo was, in fact, a lucky shot in every sense of the word “lucky.” He found himself in a trench surrounded by “green” soldiers who were repeatedly trying to attack a machine gun installation. They would go over the trench, get mowed down, and whoever was left would come back.

On one such run, Capa simply held the camera up over his head and snapped a photo, not knowing until he returned to the States “a famous photographer” that he had taken one of the best photographs he would ever take.

Of course, this is only one of the many things that Capa discusses during his 24 minutes on the air with NBC Radio’s “Hi! Jinx,” and we could not recommend enough that you go to the ICP website right now and listen to the entire thing. If you don’t get goosebumps, we suggest you check your pulse.

Image credits: Capa and I by Balazs Pataki and Falling Soldier by Robert Capa/Magnum Photos