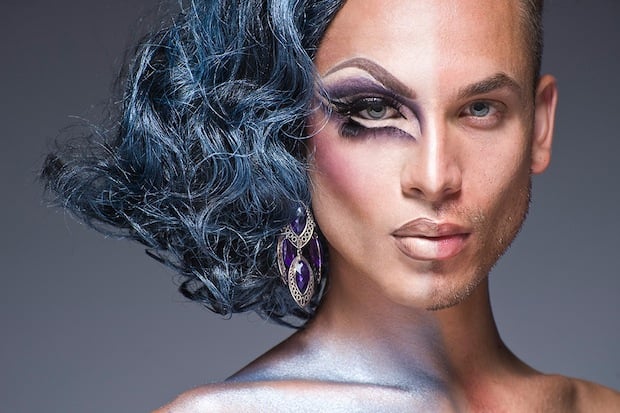 New York-based photographer Leland Bobbé has put together a fascinating series of portraits that examine the idea of gender fluidity by showing New York City drag queens in half-drag. The series is called “Half-Drag … A Different Kind of Beauty” and has earned Bobbé several awards and exhibitions, along with some well-deserved press attention.

Bobbé was kind enough to answer some questions for us when we got in touch with him to get permission to share the project. So rather than give you our take, here’s what he had to say:

PetaPixel: What was your inspiration for creating the Half Drag series? And why did you specifically want to do them in only half-drag?

Leland Bobbé: I met a drag queen at an industry party and thought it would be interesting to do a photo of him as half male and half female. 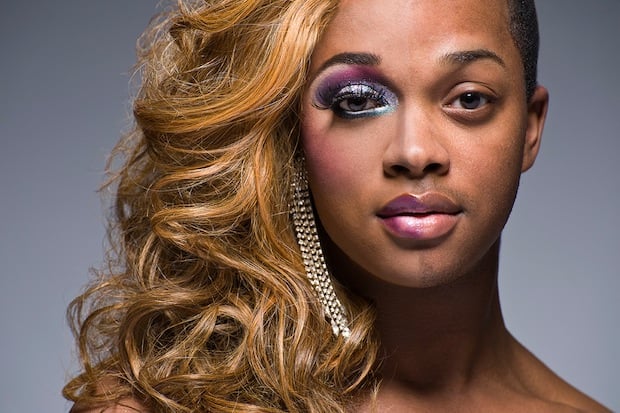 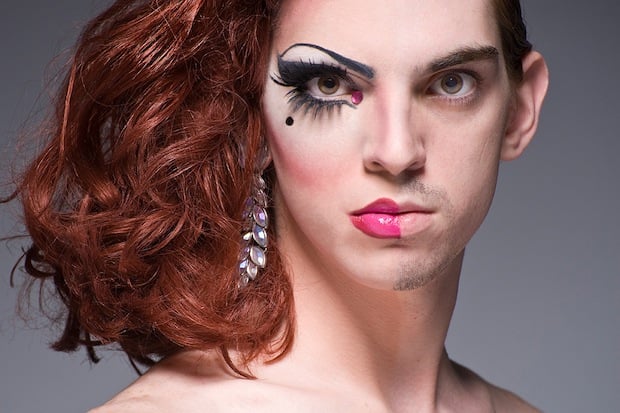 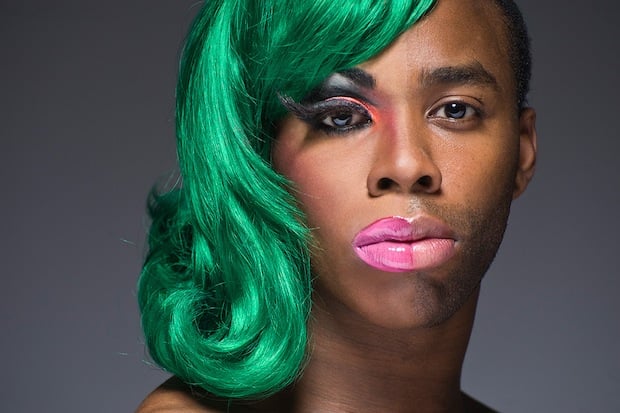 PP: Did you have any difficulty finding willing subjects? It seems like the Drag Queen community might prefer their privacy (of course, I’m just assuming)… did you run into any specific challenges in that regard?

LB: Once I shot my first image and it was posted to Facebook I started to reach out to other queens using Facebook. I looked at lots of tagged photos and sent out friend requests and messages. Almost all of the queens I contacted ended up shooting.

PP: Taking this project on without using digital manipulation must have made it somewhat more difficult and time-consuming, why did you decide to do the photos entirely in-camera?

LB: Actually not using digital manipulation made it a lot easier. I would have spent much time combing two images and making sure the expressions matched. I found what I did to be a more organic approach. 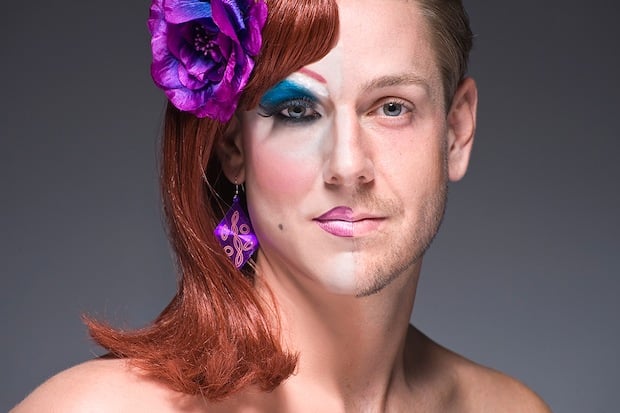 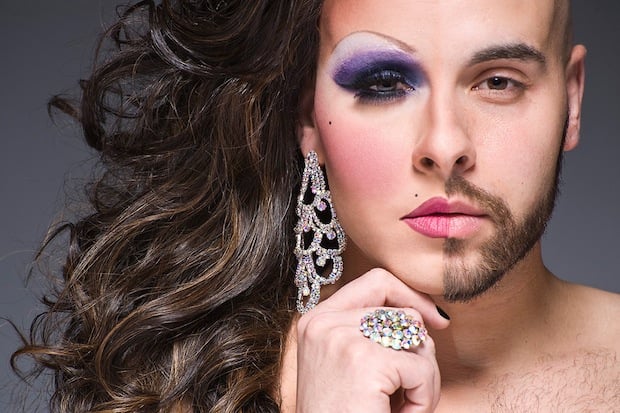 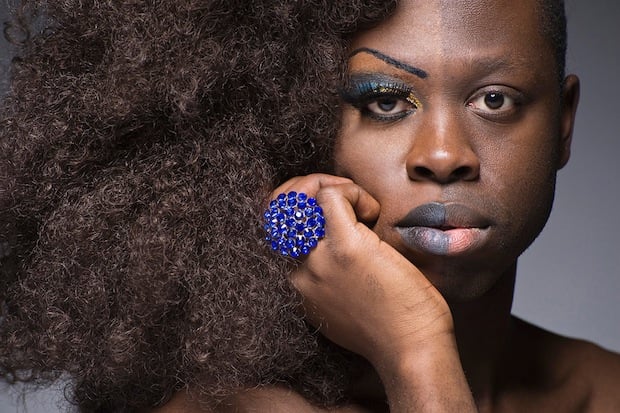 PP: How long did it take per person/shoot? The makeup must have taken quite a while…

LB: The makeup took longer than the shoots. It took on average about 1 1/2 to 2 hours for each queen to prepare and than about 45 minutes to actually shoot.

PP: Did you glean any interesting insights or tidbits from the queens while shooting the series?

LB: One thing i found interesting was that most queens think of their drag persona as another person with a different name. Often they would refer to “her” as another character. 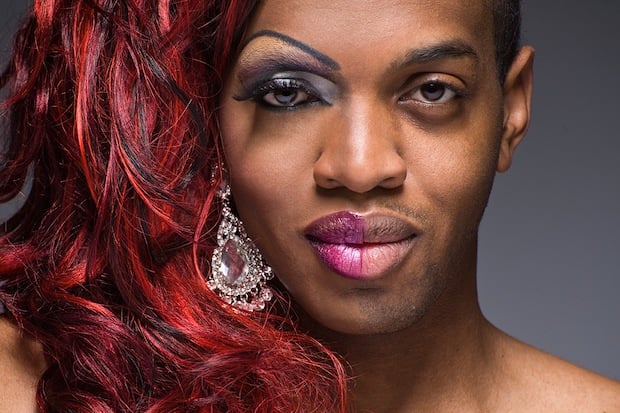 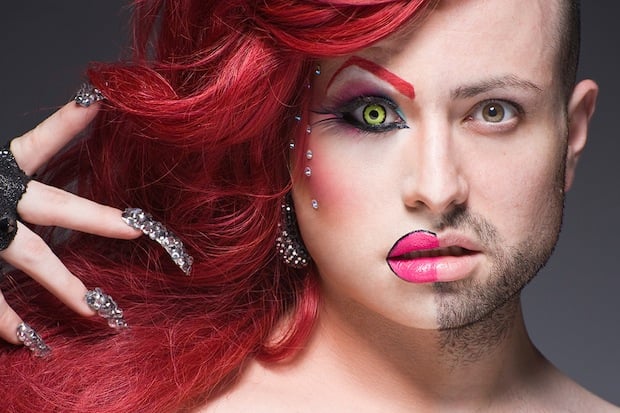 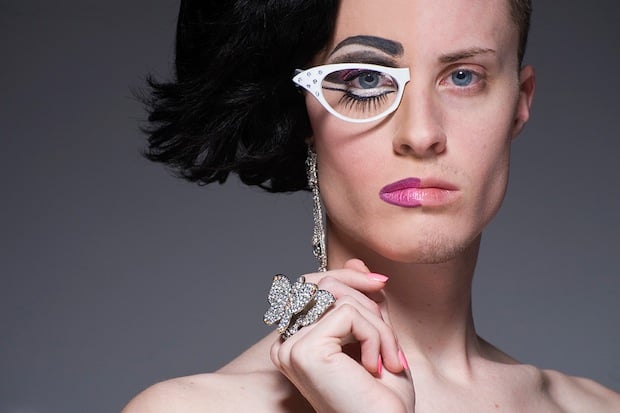 PP: If you had to state the purpose of the project in just a couple of sentences, what would it be?

LB: With these images my intention is to capture both the male and the alter ego female side of these subjects in one image in order to explore the cross over between males and females and to break down the physical barriers that separate them.

This in turn questions the normative ideas about gender and gender fluidity. Through the power of hair and makeup these men are able to completely transform themselves and find their female side while showing their male side simultaneously. These are composed in camera and are not two separate images digitally composed. 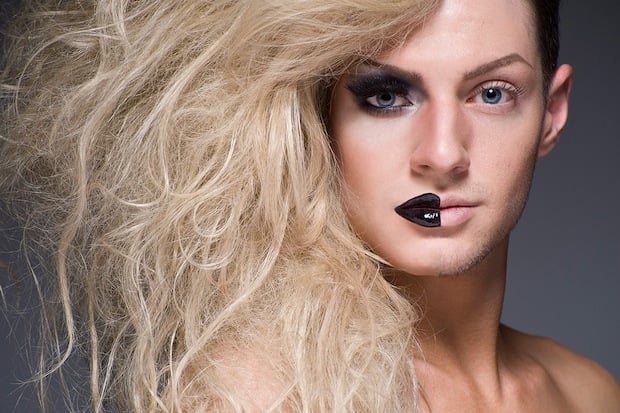 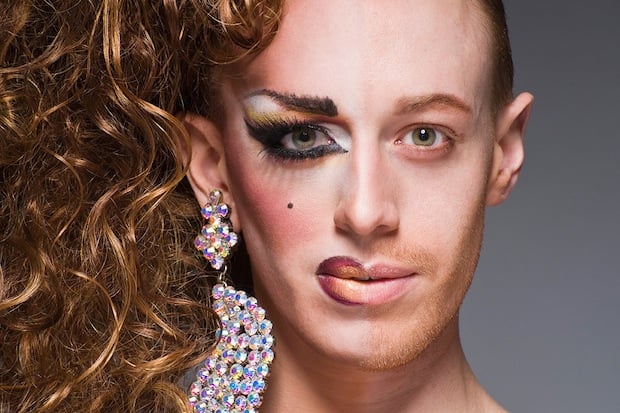 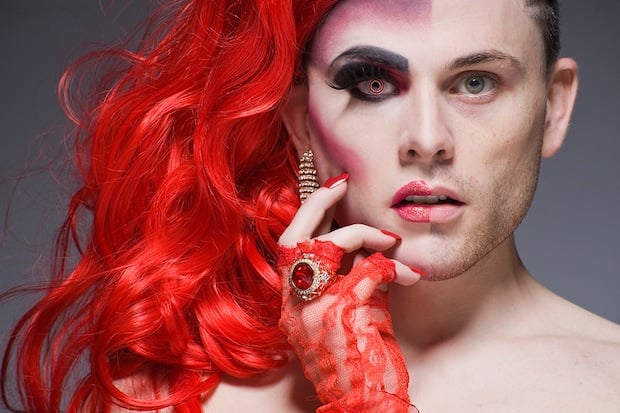 PP: What gear did you use to capture the queens?

LB: I shot these with a Nikon D700 and a 70-300 zoom lens usually set at about 250mm. I use Profoto lighting equipment. These were lit with a beauty dish with a grid.

PP: And finally, what would you do differently (if anything) if you had a chance to try this again? And do you have any plans to revisit this particular subject matter?

LB: I wouldn’t do anything differently and at least for now i have no plans to shoot anymore Half-Drag photos. 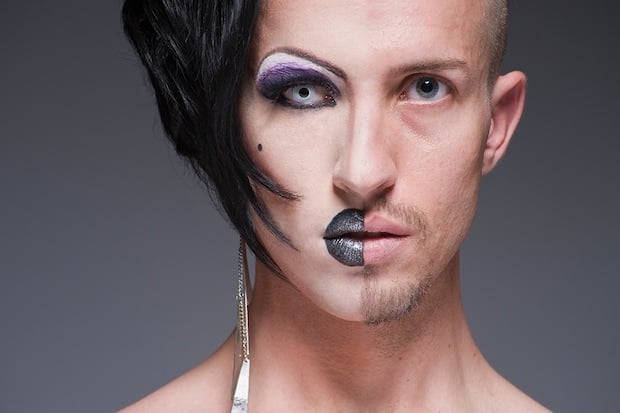 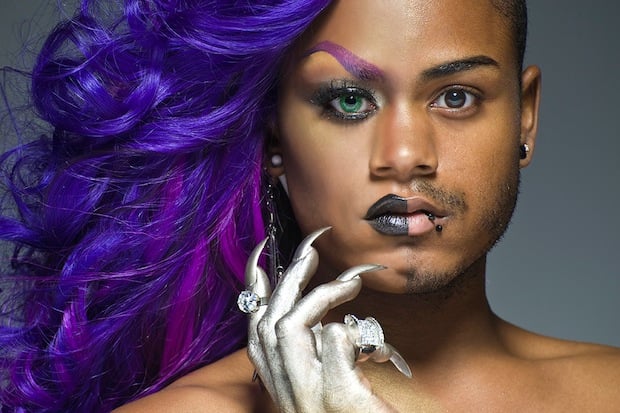 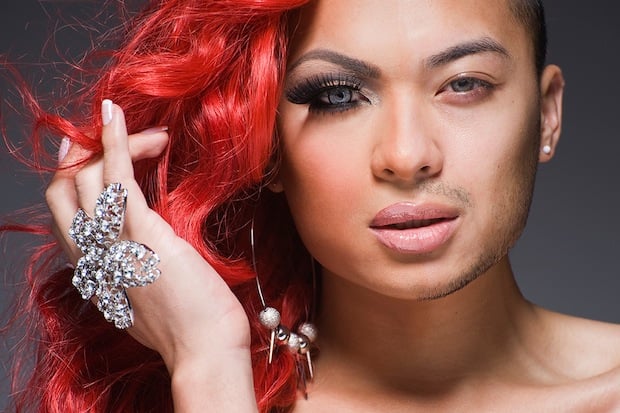 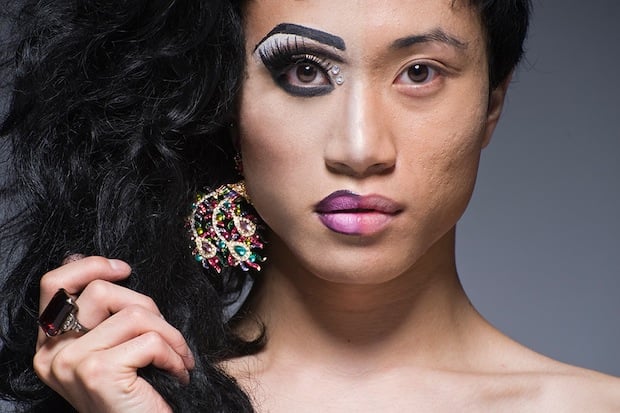 If you’d like to see more of Bobbé’s work — be it these drag queen photos or a new project he’s working on called Wall Art that will be going on display at the Pop International Galleries in NYC this spring — or find out more about the photographer himself, head over to his website by clicking here.

Image credits: Photographs by Leland Bobbé and used with permission.