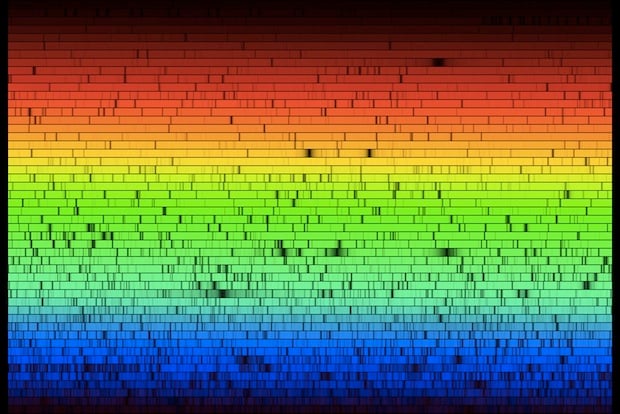 If you paid attention in high-school physics, you know that white light contains within it the rainbow of colors of the visible light spectrum: red, orange, yellow, green, blue and violet (and if you’re Isaac Newton you throw Indigo in there for good measure).

Sunlight, however, is a little more complicated. And so, the National Optical Astronomy Observatory has put together a high-resolution image that shows just how much of each color is contained in the light coming from that star that keeps us all alive.

First, a little bit about the image itself (which you can download as a high-resolution TIFF here). What you’re looking at are 50 rows that each show 60 angstroms, covering the total visible light spectrum that ranges from about 4000 to 7000 angstroms. 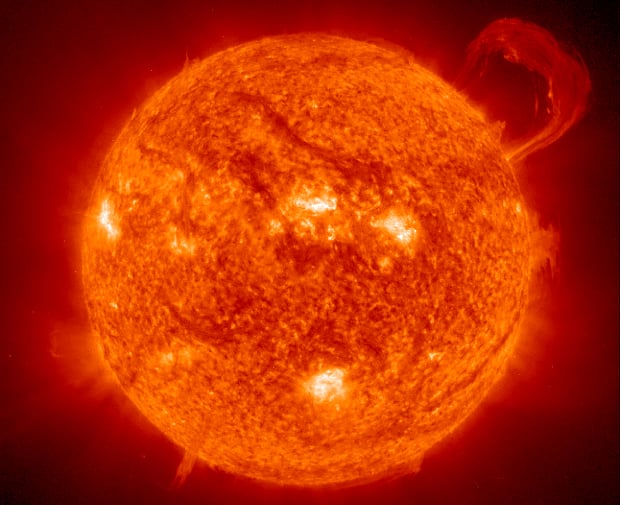 As you can see, not all of the colors are equally represented, and some bits are actually missing altogether — a fact that, according to APOD, scientists still can’t fully explain. The yellow-green region makes up the brunt of the spectrum, while orange barely makes a sliver of an appearance and violet is hardly represented at all.

The black lines you see represent light that is absorbed by the gasses surrounding the sun, information scientists use to determine what exactly the Sun is made out of.

And for you pink-lovers out there, the Sun apparently has nothing to offer you. Since pink is technically not a spectral color, but a mix of red and blue light (explained well in this minute physics video), the sun doesn’t actually emit any of that wavelength… it just doesn’t exist.

Snapchat Debutes Stories, a Disappearing Recap of Snaps from the Last 24 Hours