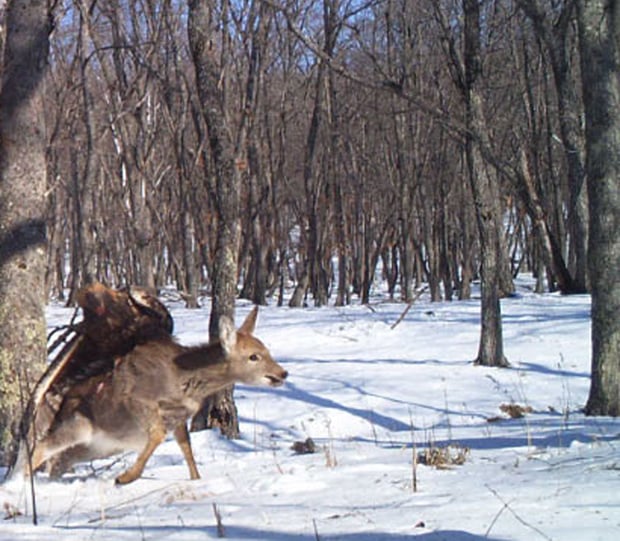 Before today, if you were to ask me who would win in a fight, an eagle or a deer, I would probably have bet on the deer given the obvious size advantage. But recently released shots from a wildlife camera set up in a remote corner of Siberia show how wrong I would be.

The three sequential photos show a golden eagle diving at a sika deer several times its size and sinking its huge talons into the mammal’s back. The well-scavenged deer carcass found next to the camera attests to the eagle’s hunting success. 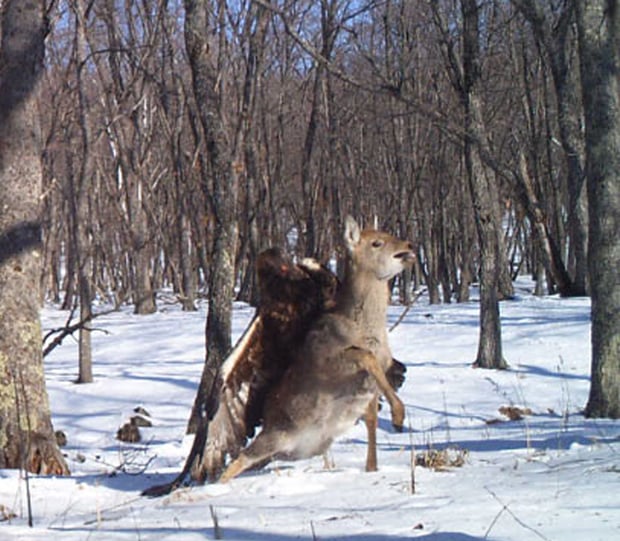 The images were captured in December of 2011 by a camera trap set up by the London Zoological Society to track endangered Siberian tigers in the Lazovsky State Nature Reserve.

The photos were only recently released to the public, however, after a research paper on the incident was published by the Journal of Raptor Research. No surprises here: they quickly went viral. 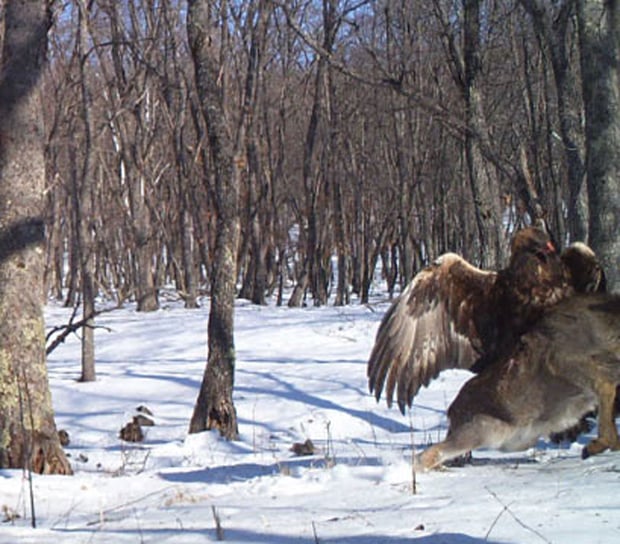 Jonathan Slaght of the Wildlife Conservation Society and co-author of the paper said in a statement that golden eagles have a history of ambitious predation, often using their strong talons to break an animal’s spine.

“The scientific literature is full of references to golden eagle attacks on different animals from around the world,” said Slaght. “From things as small as rabbits — their regular prey — to coyote and deer, and even one record in 2004 of an eagle taking a brown bear cub.”