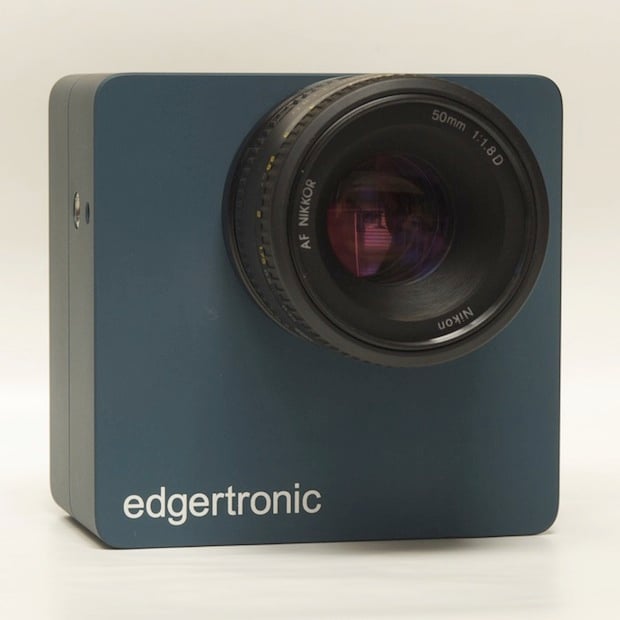 High resolution, super slow-motion video is usually reserved for movie studios or individuals with very deep pockets. Once the frame rate capabilities reach into the thousands, the price range often hits the tens of thousands.

Two MIT-trained engineers are looking to change all that, and with their new edgertronic super slow motion camera, they’ve done just that.

The edgertronic is named after famed MIT professor and photographer Harold Eugene “Doc” Edgerton, who inspired creator Mike Matter to attend MIT in the first place. The edgertronic is a “real professional quality slow motion [camera] that you can actually own and use,” says Matter, “a high-speed camera that Doc Edgerton would be proud of.” 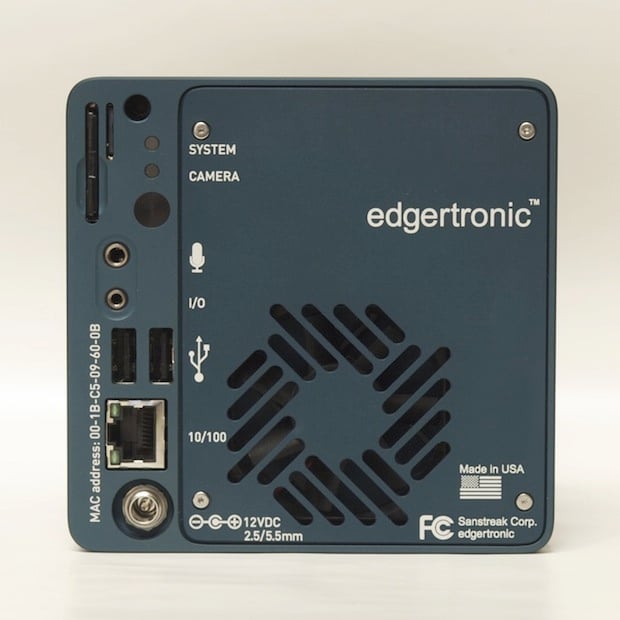 Created in partnership with co-founder and software architect Juan Pineda, the edgertronic is a full-color super slow-motion camera with a maximum resolution of 1280 x 1024. At that resolution, you can capture video at up to 494 frames per second, but if you drop the resolution, you can crank the frame rate as high as 17,791!

Here are a couple of sample videos taken with the most current edgertronic prototype:

As you can see, the quality truly is professional grade. And what’s more, the edgertronic is smaller than most slow motion cams on the market as well, making it more portable and convenient. The front of the camera features a simple Nikon F-mount, while the back offers an ethernet port, two USB ports and an audio out.

Now that the prototype is off the ground, the team needs to raise the funding to manufacture the camera. And so, as you might expect, they’ve taken to Kickstarter:

“We started this project for one simple reason,” says the edgertronic team. “There are no low-cost high-speed video cameras that offer the video quality that professional photographers demand.”

Getting your own edgertronic will require a pledge of about 5 grand, and although we wouldn’t exactly classify this as “low-cost,” relative to the competition, it’s downright cheap.

With 13 days left in the campaign, the team has raised just over $53,000 of the $97,900 it needs to make the edgertronic a reality. If you’d like to learn more about the camera or help them reach their goal by pledging to buy an edgertronic of your own, head over to the campaign page by clicking here.

Pledgers can snag their own edgertronic and accessory pack — which includes an ethernet cable, power adapter, Nikon 50mm f/1.8 lens and more — for $4,895, with the first models scheduled to ship in December of this year.

Equipment, Technology
highspeed, kickstarter, slowmotion, superslowmotion
Related Articles
Discussion
Trending Articles
Photographer Captures the Many Colors of the Full Moon Over 10 Years
May 25, 2022
Photographer Teaches Posing to Prove Anyone Can Be Photogenic
May 26, 2022
The Kodak Ektar H35 Shoots Two Photos Per Frame of 35mm Film
May 26, 2022
Nikon Plans to Basically Abandon DSLRs by 2025
May 26, 2022
Astrophysics Student Takes Graduation Photo Under a Total Lunar Eclipse
May 26, 2022