Here’s a crazy video that’s equal parts cute, touching and absolutely terrifying. In the short clip, a photographer gets closer and more friendly with a pack of wolves than we ever care to try for ourselves.

Posted by YouTube user WolvesofEurope, there’s not much information given, but the video kind of speaks for itself.

Chances are good the wolves you see were raised in captivity (wild wolves would never get this affectionate with a human) and given what sounds like a tour guide’s voice in the background, this was probably shot at a wild animal reserve. 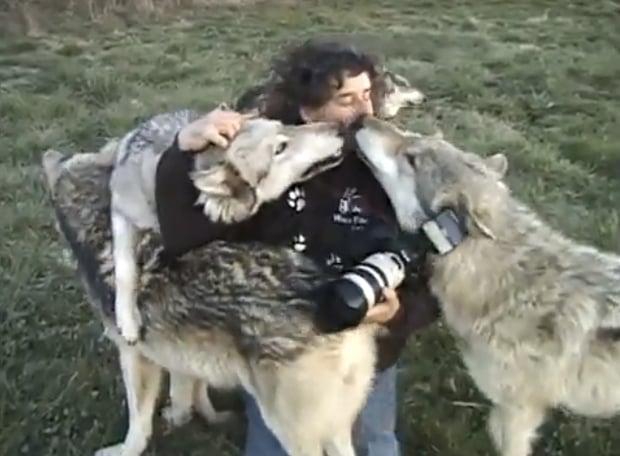 Still, captivity or not, it takes some cojones of steel to sit there and let wolves fight over who gets to lick your face, all the while trying to keep your camera and lens (and face… did we mention face?) safe from harm.

When we tell you not to try something at home, it’s usually because there’s some chance you could. Well, we’re fairly certain you don’t have a wolf pack at your disposal, but just in case you do, remember: don’t try this at home.

Update: Thanks to Twitter user ‏@Xzadfor for pointing out that this is Wolf Park photographer Monty Sloan. At the time, he was photographing the main pack at the Battle Ground, Indiana park for his Photo of the Day website. Here’s a longer version of the video: