Here’s a really cool idea that mixes photos and video in a creative and interesting way. By hiding photos “in plain sight,” the video breathes new life into mostly standard (and sometimes shaky) aerial video footage, engaging the viewer’s full attention by giving him/her something to watch out for.

The video was created by London-based video artist and Vimeo user mustardcuffins, who took aerial video and continuously pulled stills out of it, inserting them surreptitiously into the footage over and over again. 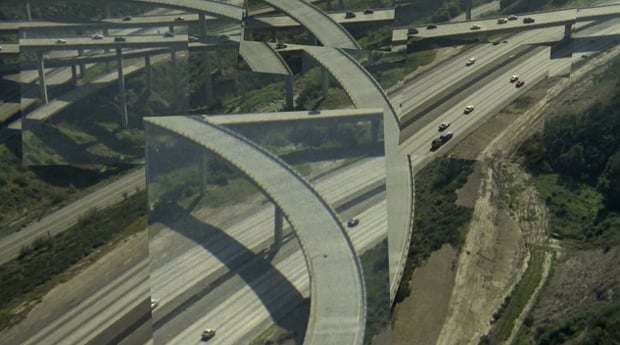 His goal was to hide the photographs “in plain sight,” and show them “skim[ming] across the skin of reality.” As the perspective changes and the edges don’t line up anymore, the hidden photographs reveal themselves, but initially they can be really hard to spot, especially right after they “pop out” of the video.

To see more from mustardcuffins, head over to his Vimeo profile. It looks like his website is currently under construction.

Stunning Macro Photos of Bees Courtesy of the US Geological Survey