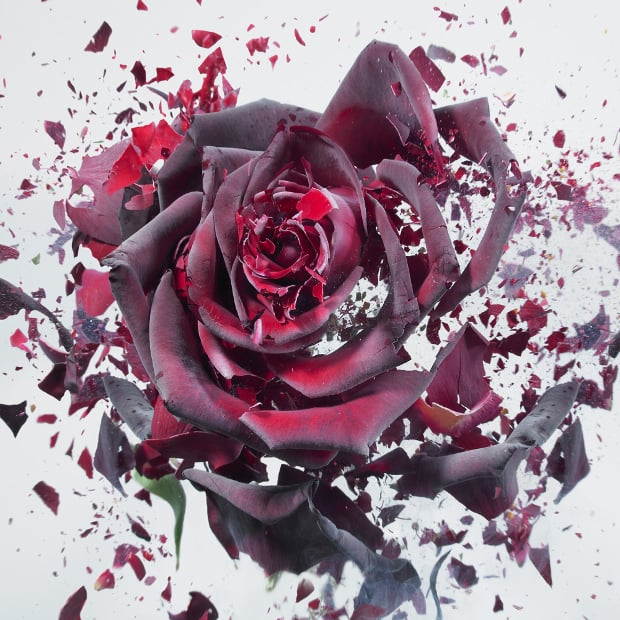 Martin Klimas is no stranger to capturing things as they’re in the process of being smashed to bits. You might remember his series of photos showing porcelain figurines crashing against the ground we shared back in February of 2012.

His most recent series takes the same high-speed “explosion” approach, only the subject has changed from porcelain figures — which by nature smash up fairly easily — to flowers … a significantly less brittle subject.

The series is called Rapid Bloom and those flowers aren’t fake or Photoshopped in any way. No, those are actual flowers breaking apart into petal shards courtesy of a little bit of liquid nitrogen and some compressed air.

Once dipped in liquid nitrogen, the flowers would turn as fragile as very thin egg shells. All it took after that was a blast from the air gun placed behind the flowers to create a photo that shows the flower “blooming” so rapidly that the more accurate word for it is “exploding.” 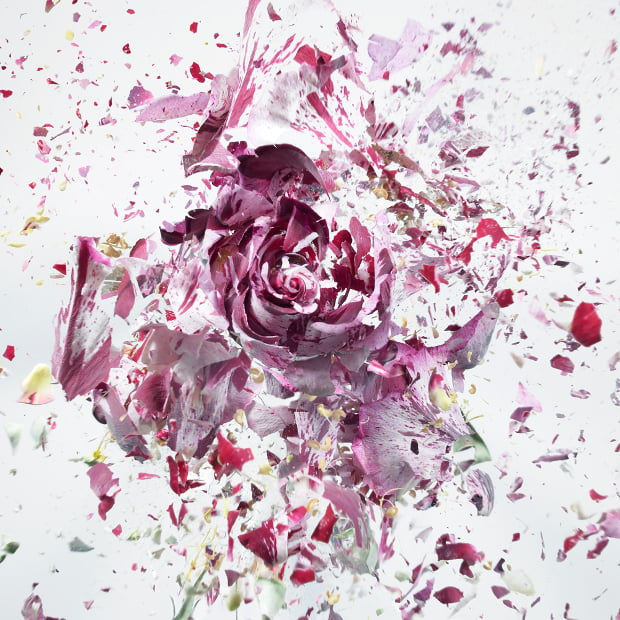 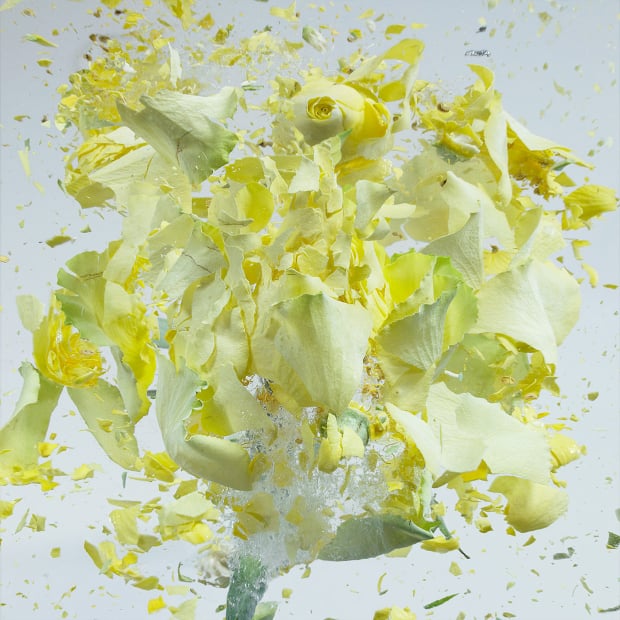 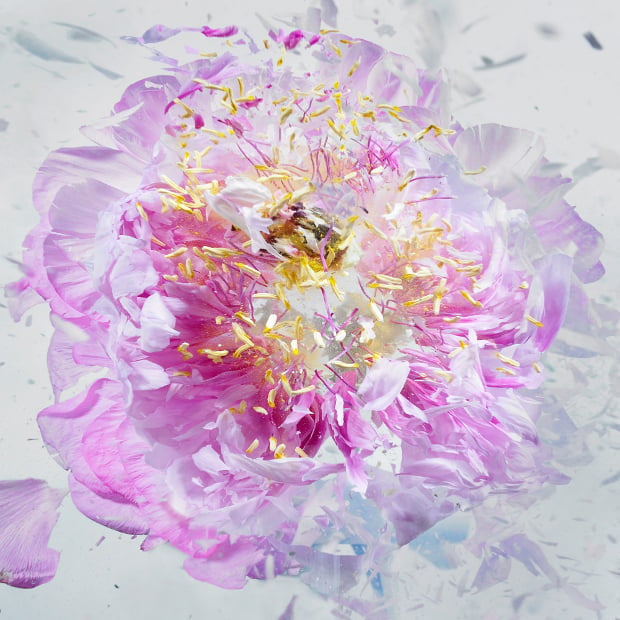 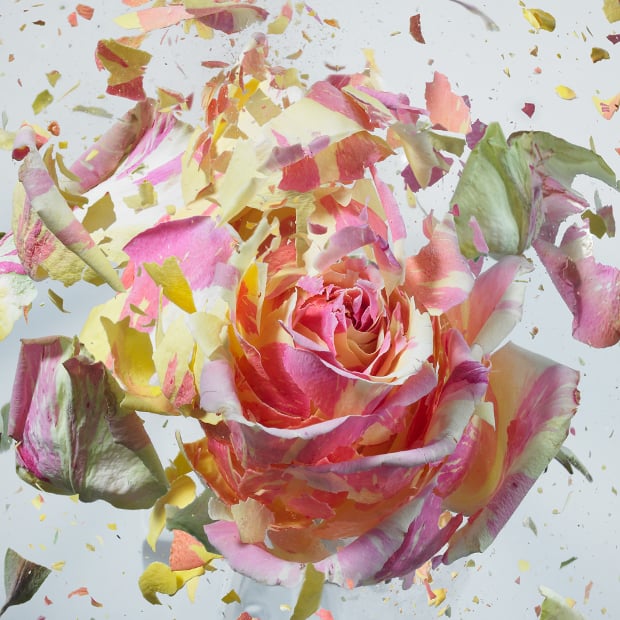 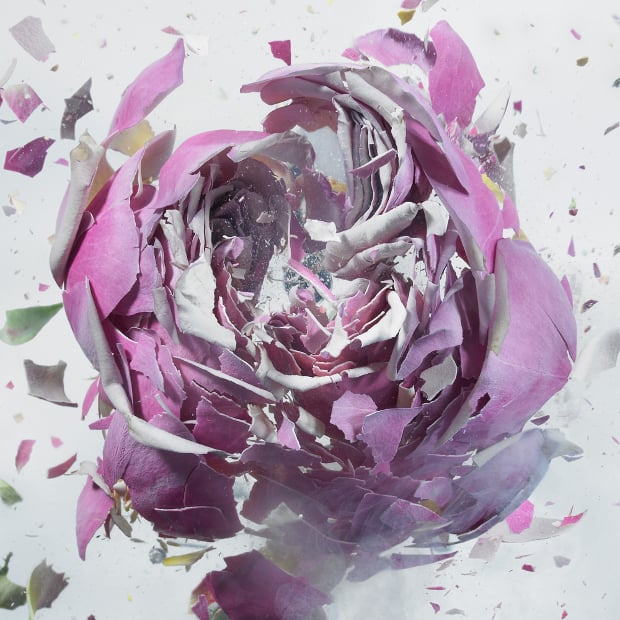 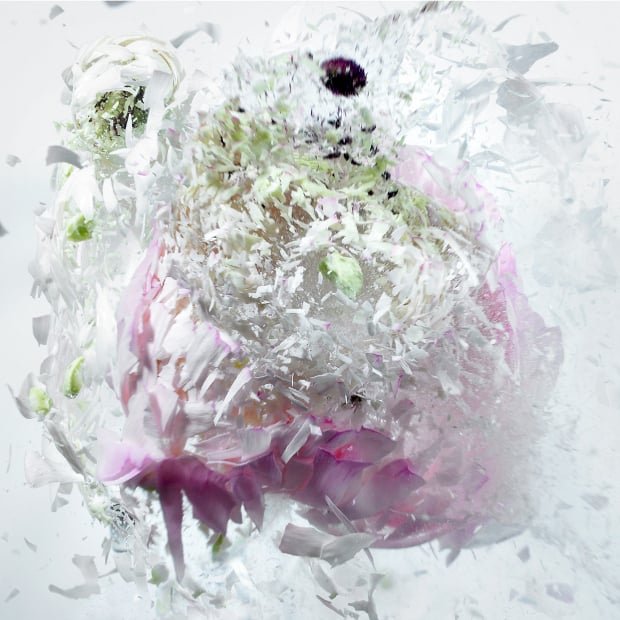 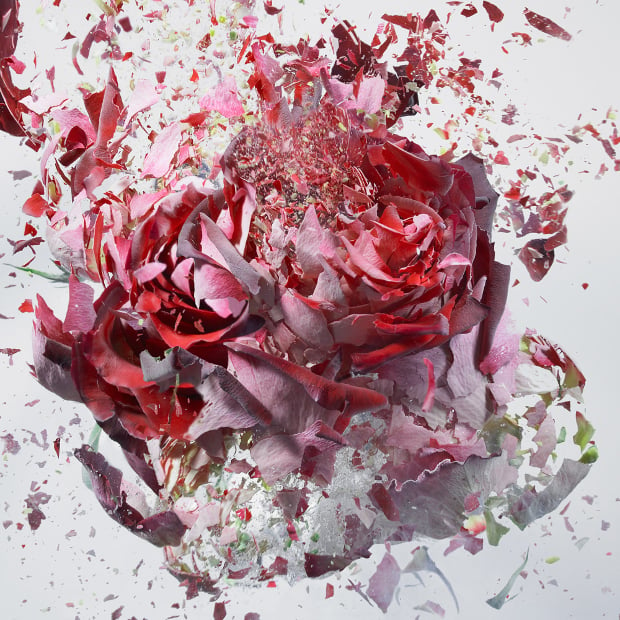 When we caught up with Klimas to ask permission to share the Rapid Bloom series, he was kind enough to send us some behind the scenes pics as well. As you can see, it’s not all fun and games. An apt description of his studio at the time might be that it looked like a “floral massacre.”

Clean up must have been a pain: 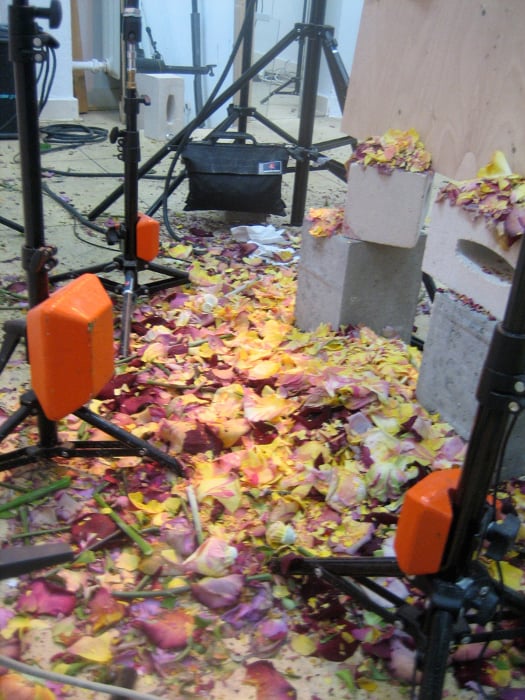 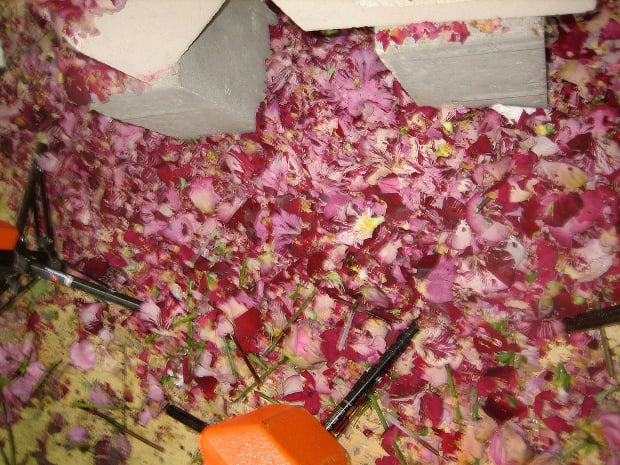 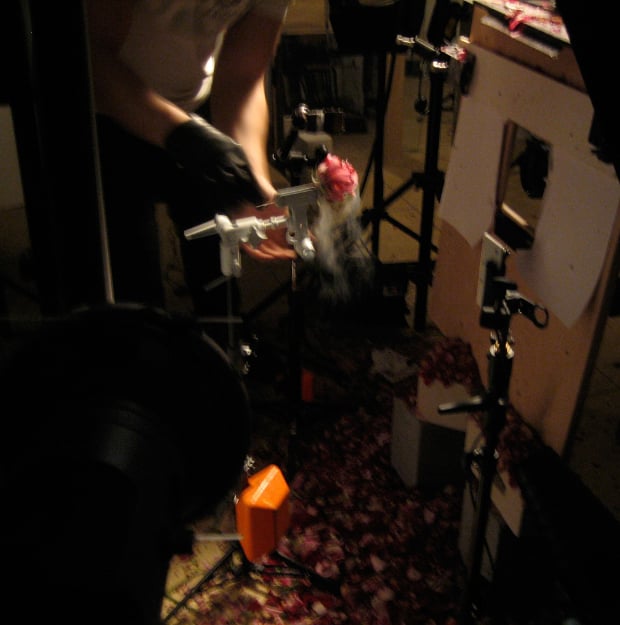 To see more of Klimas work, head over to his website by clicking here.

He’s currently getting ready to exhibit his What Does Music Look Like series — photos of paint being hurled into the air by the sound and vibrations of a speaker — at the Foley gallery in New York starting on September 18th. If you happen to live in the area we suggest you check it out.

Image credits: Photographs by Martin Klimas and used with permission.

Nikon Files a Patent for a 100mm Medium Format Lens