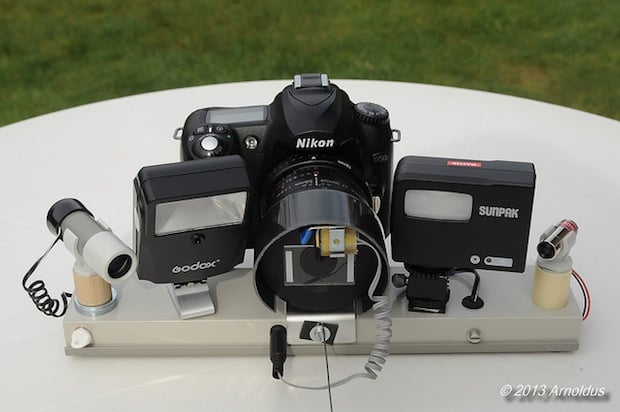 The ArnoSync High-Speed photography rig falls into the latter category. But even if you don’t have the engineering prowess to build it yourself, it’s still worth taking a look at what this home-brew rig can do. 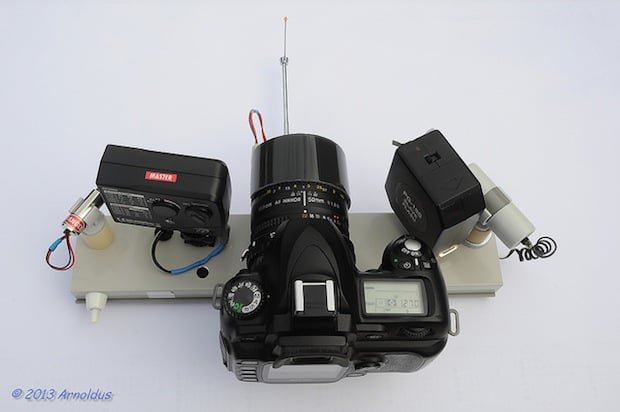 We won’t go into detail on the electronics of the build because, frankly, we’re more likely to confuse than inform you — you can find a detailed diagram here if you’re interested in building your own. Using the rig, on the other hand, is a little easier to explain.

In a pitch black environment, the external shutter can be left off, and the laser simply triggers the strobes while the camera’s shutter is open in bulb mode. If he’s shooting in daylight, he simply adds his DIY external shutter, and allows everything to sync up from there.

The external shutter is necessary because the shutter response time on his cameras is not nearly fast enough to properly capture flying insects: 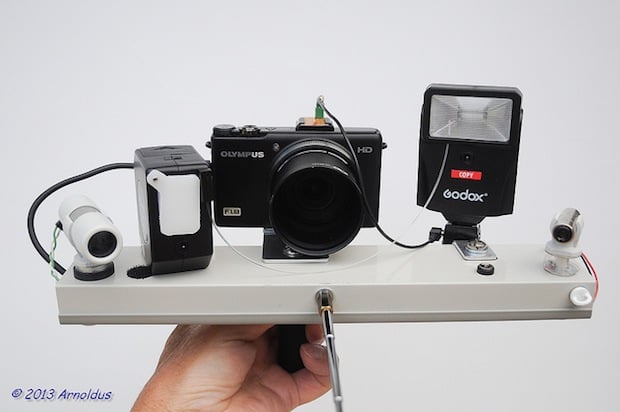 That’s not to say the external shutter is always necessary. His Mobile ArnoSync rig is basically his Olympus XZ-1 rig with the external shutter removed. Although it won’t capture things as well as the full rig, it’s great for slower moving objects and it’s more portable to boot.

In fact, the majority of the photos he’s taken over the past month have been taken using the mobile version … sometimes portability and convenience beats out performance. 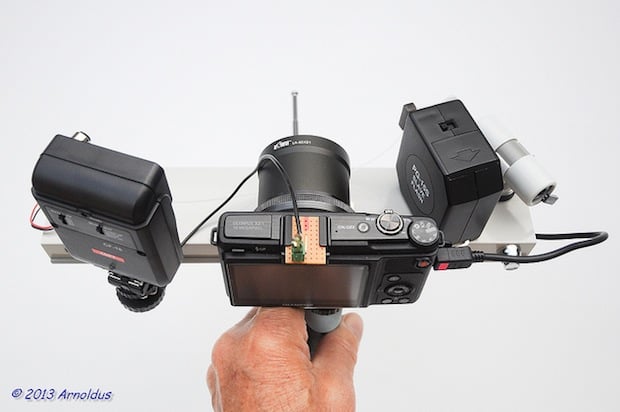 Whichever rig he decides to use, the results are nevertheless impressive. Here are some sample shots: 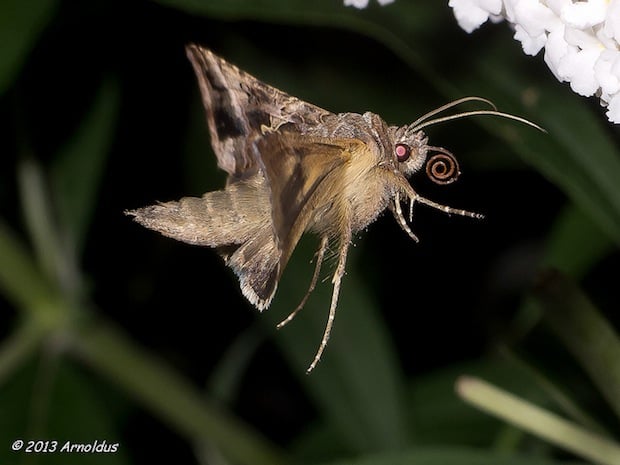 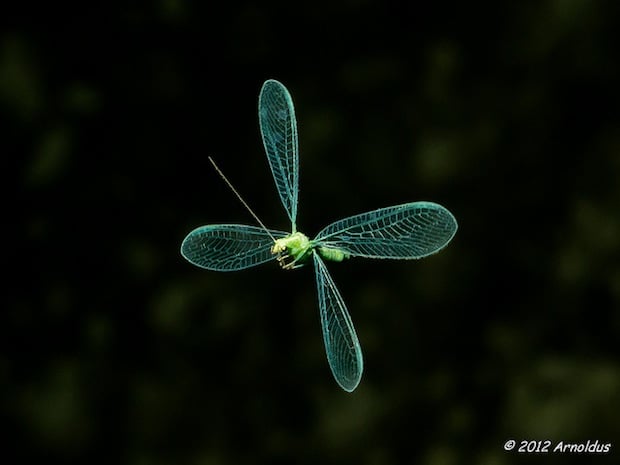 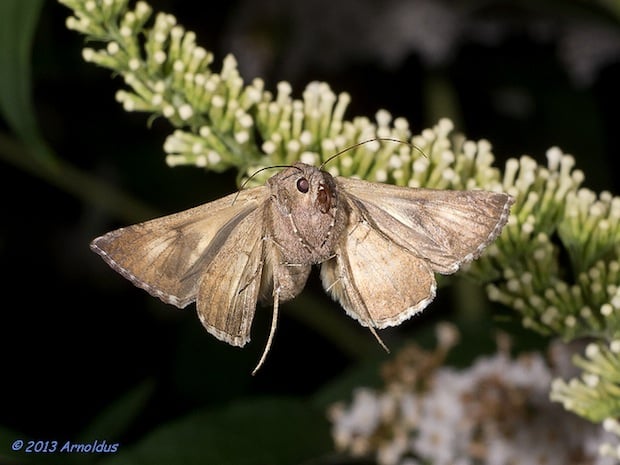 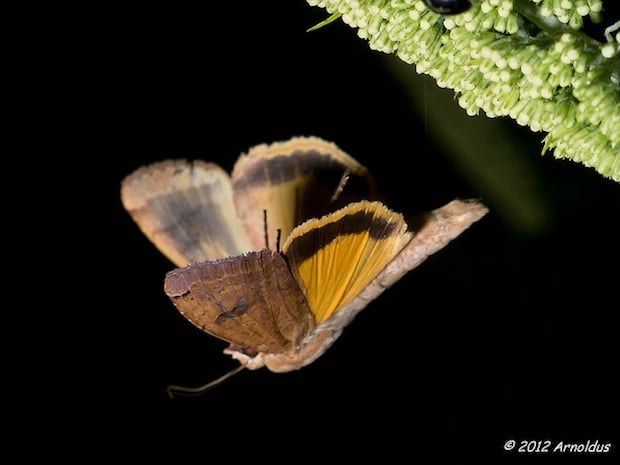 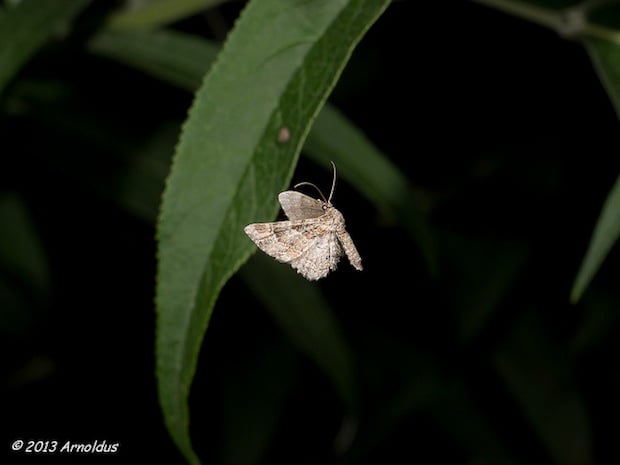 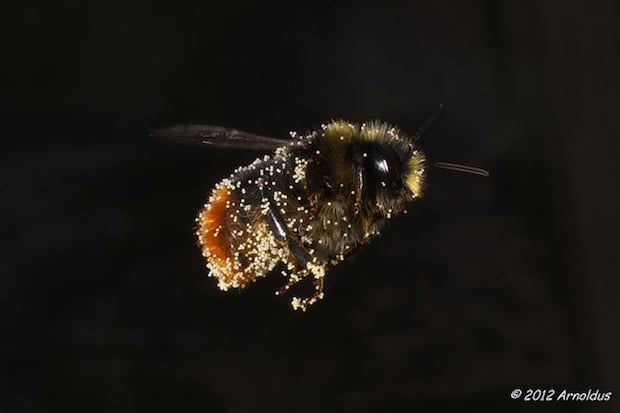 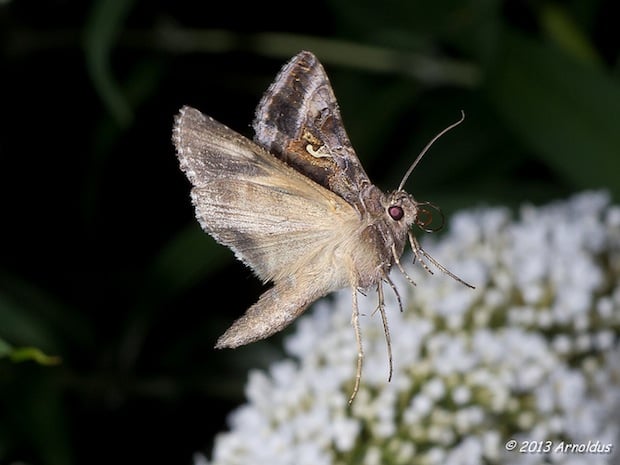 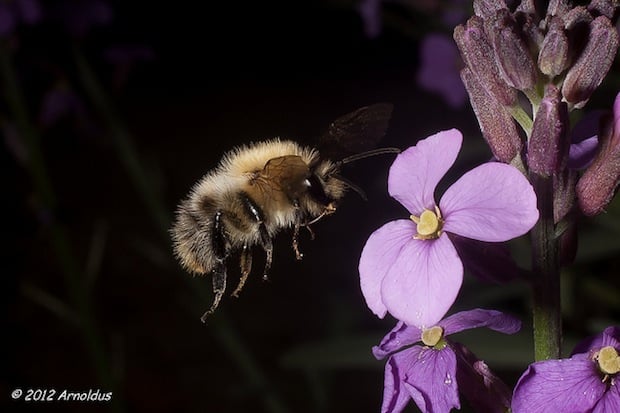 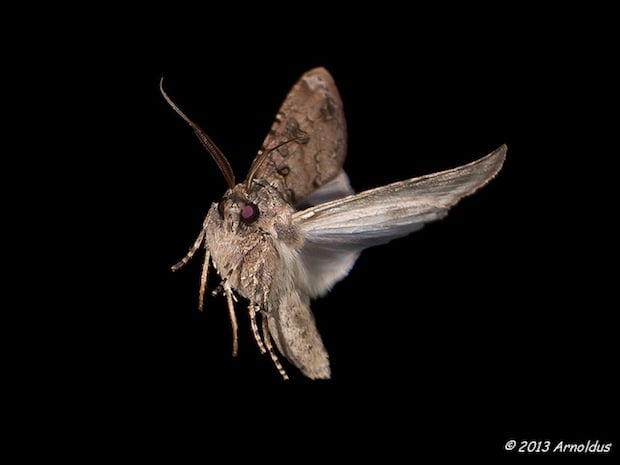 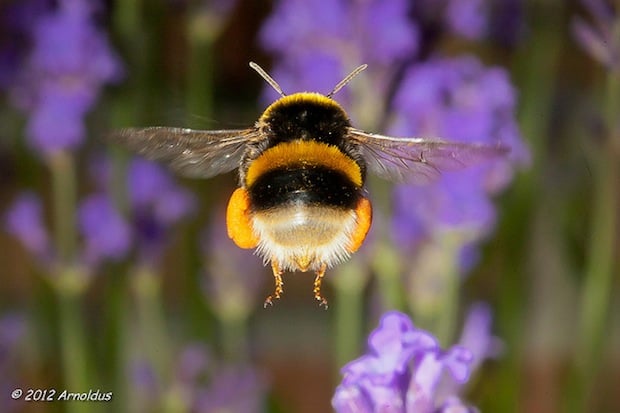 If you’re determined to build one yourself, and you think you’re up to the task, Eggermont has provided you with as much information as he deems necessary though the captions on his Flickr account. Don’t expect any more help than that however.

“It’s a hobby project and I want to keep it this way,” he told us over email. “If one likes to build it or use any of my ideas, no problem, but I can not give more support than what is already available on the Internet.”

If you do happen to build one yourself, or you have your own impressive home-brew high-speed photo rig, be sure to drop us a line and some sample shots in the comments.

Image credits: Photographs by Frans Eggermont and used with permission.

How to Clean Up Your Old Cameras