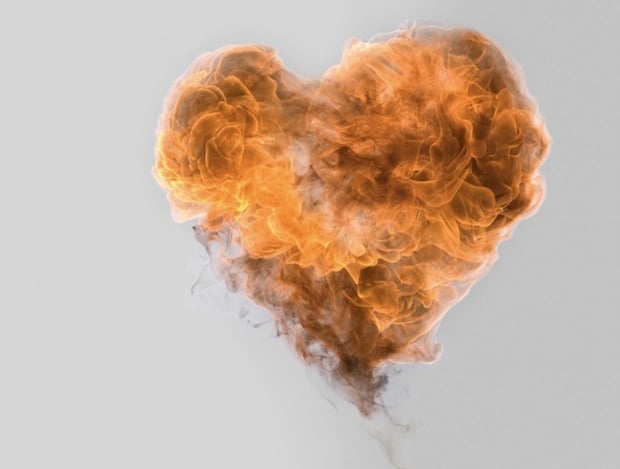 San Francisco-based photographer Rob Prideaux spends most of his time taking product shots and still-lifes for companies such as Google and Wells Fargo. His recent Smoke & Fire series, therefore, is a pretty big departure from the norm.

The idea for the series came to him while browsing the Internet for a “decent” shot of fire on a white background as a reference for a project he was working on. He couldn’t find anything, and so he set out to create something great himself.

Outside of his Berkeley studio, Prideaux has gotten in the habit of lighting stuff on fire and photographing it as it burns, as well as forcing flames into interesting shapes using stencils. With the exception of a tiny bit of retouching in post (just to clean up the images) everything you see here appeared this way in real life.

“It’s a quest to shape one of the more uncontrollable phenomena in nature,” writes Prideaux on his blog. “Yes, yes, CGI, illustration, I know. Dull. Not right. This is much more exciting … and a little malevolent.” 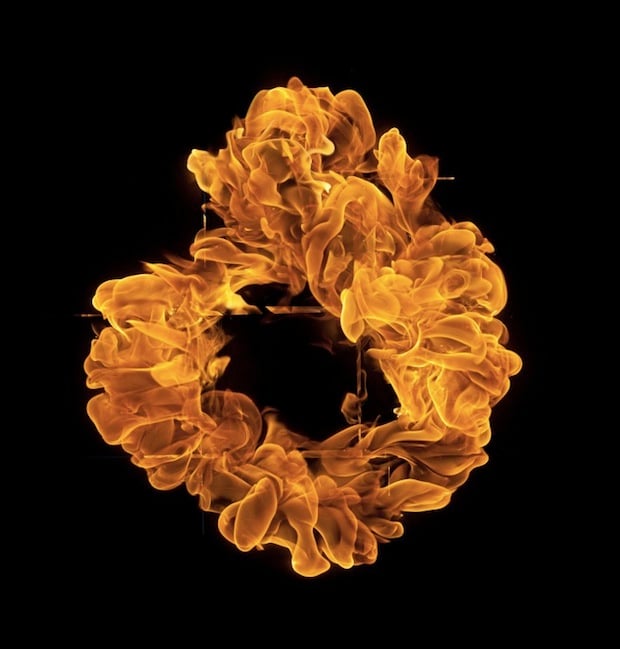 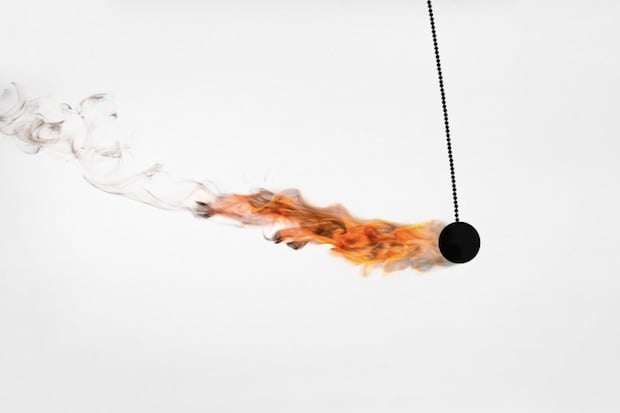 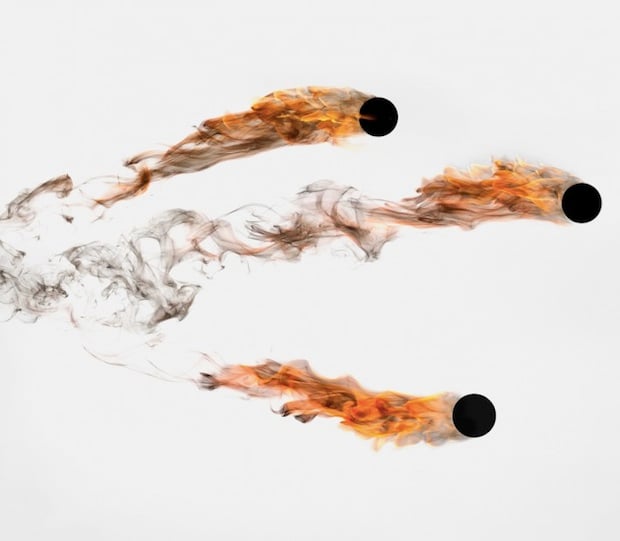 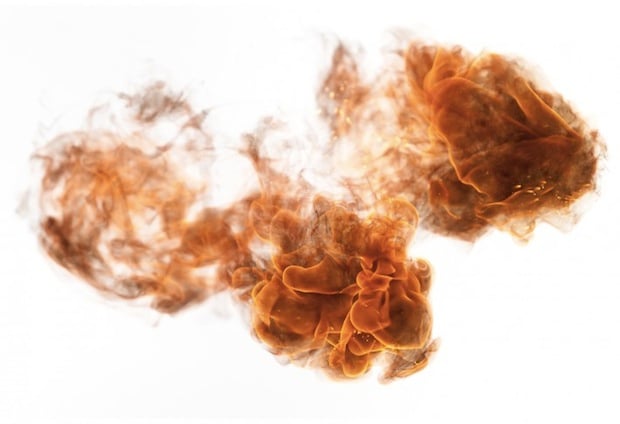 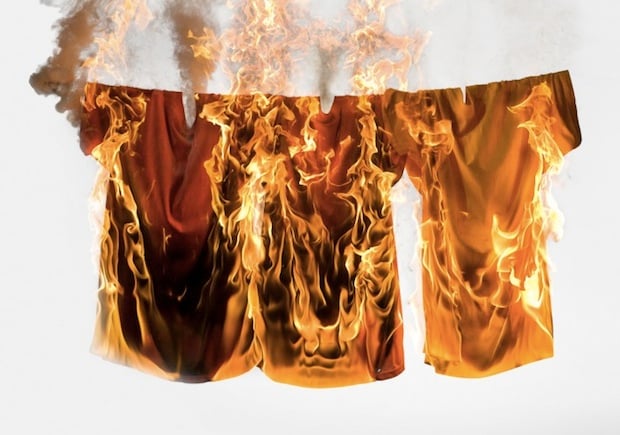 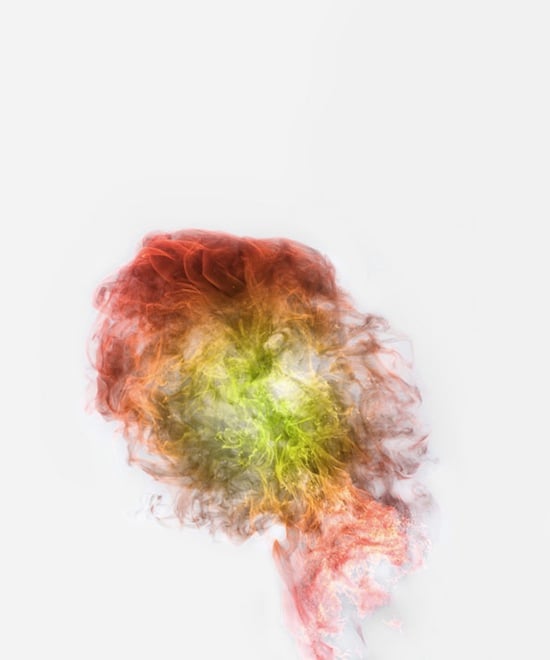 Speaking with PDN, Prideaux explained that he takes the photos on the loading dock at his studio in Berkeley, CA, using small amounts of gas.

“People get all uncomfortable once you mention gasoline explosions. However, the volume of fuel I’m using is in the millilitres,” says Prideaux. “I guess without more explanation people imagine the kind of stuff you see in action movies. Which would be awesome, don’t get me wrong.”

Here are a few behind the scenes photos of his set-ups for some of the photos above: 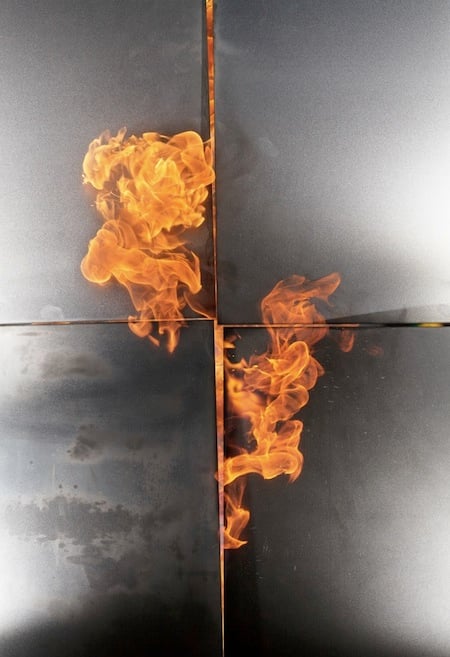 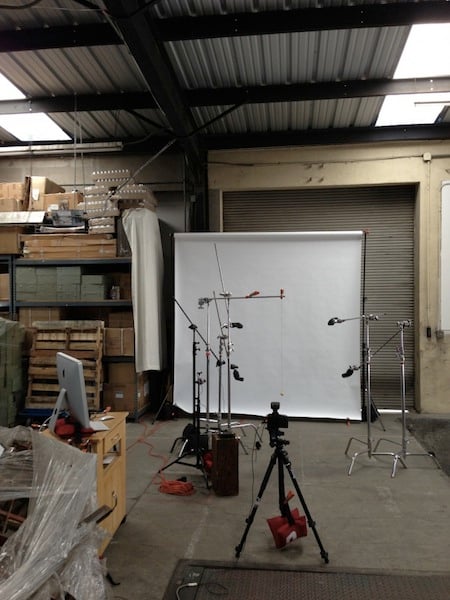 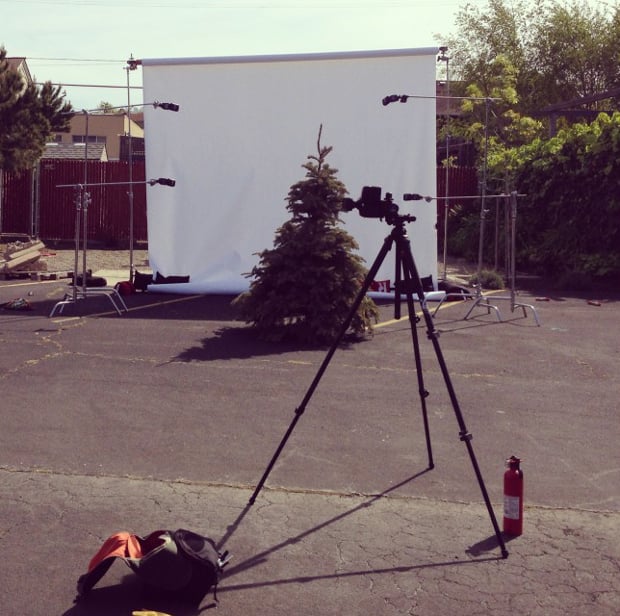 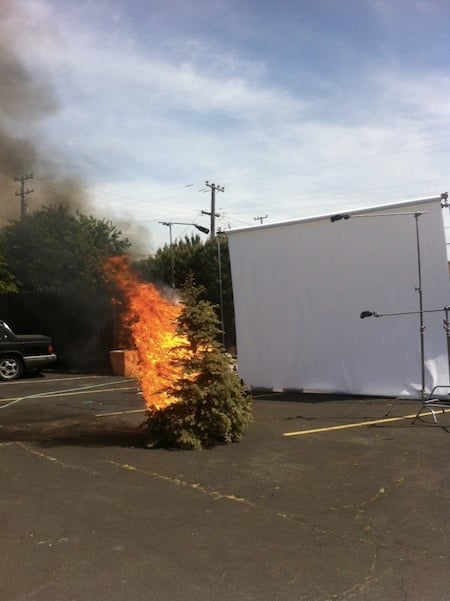 One thing we would like everyone to notice is the fire extinguisher visible in the second to last shot. These pictures are awesome, all the more so because they’re made with real fire and not CGI, but safety always comes first.

To see more from Prideaux’s Smoke & Fire series, including more behind-the-scenes tidbits, head over to his blog by clicking here. And if you’d like to browse through the rest of his portfolio, be sure to pay his website a visit.

Image credits: Photographs by Rob Prideaux and used with permission.

DIY: Transform an Old Film Canister Into a Tiny Flashlight for Your Camera Bag