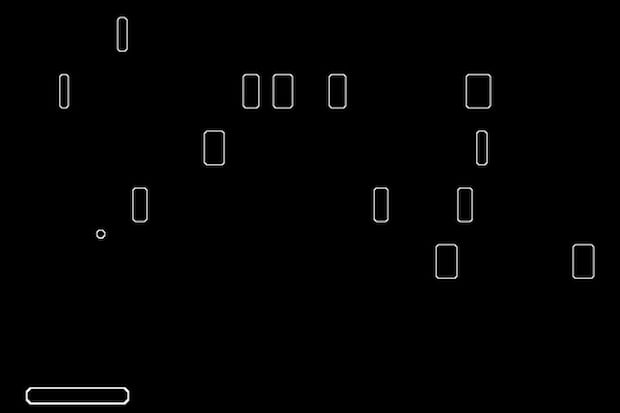 Lest you think that smartphones have the mobile gaming market all but wrapped up, the folks at Magic Lantern have decided to shake things up a little bit. In the spirit of the old Kodak DSLR that came equipped with Pong, ML’s pravdomil has added the ability to play a stripped down version of the old 1980s brick breaker-style game “Arkanoid” on the Canon 7D.

Arkanoid is an old arcade game developed in 1986 in the spirit of Atari’s Breakout game from the 1970s. The game is pretty straight forward: you have a paddle (it’s actually your ship) and you have to keep a ball from falling off the screen by bouncing it up and destroying the blocks in your way. Once you’ve cleared your path, you advance to the next level.

According to EOSHD — who actually got to play around with DSLR Arkanoid as it’s called — when you destroy a brick, it explodes into a number or figure that falls down and disappears. Moving your “ship” around is done using the 7D’s joystick, and the real challenge starts when the background stops being black.

Apparently, in the early stages you’re allowed to stop down the lens to keep the background black — although the game does provide you with the occasional white or black sprite as a distraction. But since you are, after all, playing on a camera, the game can be made that much harder by allowing an actual image to play on the background.

“With an actor in the scene on hard difficulty (for example whilst playing during a paid shoot) the game becomes much more challenging but no less enjoyable,” quips EOSHD.

Sadly, it looks like developer pravdomil deleted ML Arkanoid from his repository a few days ago, but we’ll go ahead and keep our fingers crossed that the quirky addition makes its way onto an upcoming ML build for the 7D alongside continuous RAW video, which the group seems to be making some great strides in as well.