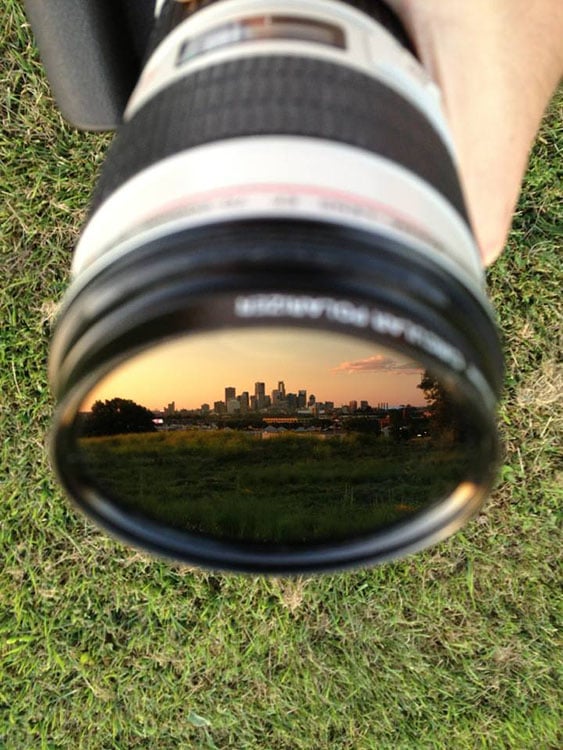 Here’s a neat photo idea: capture a city’s skyline in the reflection on the front of a camera lens. Photographer Christopher Anderson recently shot this picture of the Minneapolis, Minnesota skyline — a picture that landed on the front page of Reddit.

I was out shooting at a fairly popular lookout spot that overlooks Highway 35W and Minneapolis in the distance. After initially taking a few photos, I tilt my lens upwards to find some dust on my filter. I suppose I tilted it at the right angle where I noticed Minneapolis was reflecting in my filter. Yes it’s reflected in the filter, not the lens, but I thought reflecting in my lens had a better ring than filter.

It was just something I thought was neat so I took out my iPhone and took a few snaps of Minneapolis reflecting off my filter.

Here’s a short followup video Anderson created afterward, showing how you can shoot the same photograph using a polarizing filter:

You can check out some of Anderson’s serious photo work over on his website.

Image credit: Photograph by Christopher Anderson and used with permission