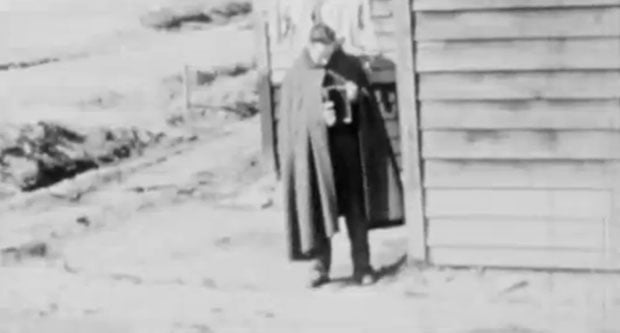 Ever since photography was invented in the 1800s, there have been people willing to risk life and limb to bring images to the public eye. Among the craziest examples are prisoners of war during World War II — people who built makeshift cameras out of smuggled parts in order to capture what life was like inside their prison camps.

A US Marine in China and Japan

Terence Sumner Kirk was a Marine who was captured in China on the day the Japanese bombed Pearl Harbor. He then spent over 1,300 days — up until the end of the war — in prison as a Japanese POW.

While inside a camp and being used for slave labor, Kirk decided that he wanted to document the conditions inside the camp, including how malnourished he and his fellow prisoners were — so he set to work building a pinhole camera.

First, he had a Japanese interpreter smuggle in camera parts, including a glass plate and scraps of cardboard. Once he had what he needed, Kirk snapped photos while other Marines made sure the guards didn’t catch him. Kirk shot a total of eight photographs, but only managed to develop six of the exposures.

To ensure that the images would survive the war, Kirk wrapped them in oilcloth and buried them in the camp latrine. People generally don’t go digging around toilet holes, and the photos did indeed survive.

After Kirk became a free man in 1945, and after a US government gag order lifted in 1983, Kirk published a book containing his photos, titled “The Secret Camera.” His images can also be viewed over on the book’s official website (note: there’s some nudity).

The photos are now the only ones we have of the inside of a Japanese POW camp inside China, and the only pictures that were available for war crime trials that were held after WWII. Kirk passed away in 2006 after years of touring the US to lecture about his experiences as a Japanese POW.

Around the same time Kirk was shooting his covert pictures, an almost identical situation was unfolding on the other side of the world.

In 1940, a Nazi prison camp in Austria called Oflag 17a housed 5,000 French officers in 40 barracks. A number of the prisoners wanted to document their plight, so they set to work assembling a motion picture camera through a process similar to Kirk’s.

After discovering that the Nazi guards would only check incoming food by slicing it straight down the middle, the prisoners began having camera pieces smuggled in the ends… of sausages.

Once they had the parts and materials they needed, they build a makeshift camera by hollowing out a dictionary from the camp’s library. The spine was turned into a shutter, and 8mm film reels were placed within. 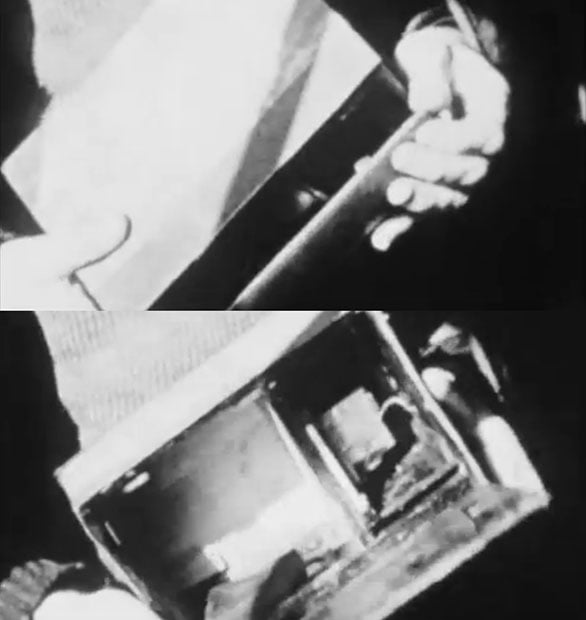 Using this DIY camera, the prisoners managed to capture over 30 minutes of footage on 14 reels showing living conditions, camp food, labor tasks, intrusive searches, and more — all without being caught by the guards.

To preserve the film until they were released, the prisoners nailed the film reels into the heels of their makeshift shoes. Snippets of the footage that survived can be seen here and here.

So there you have it: two crazy examples in which WWII prisoners risked life and limb to build DIY cameras so that future generations could have a visual understanding of things they experienced.

(via BBC News via Gizmodo)