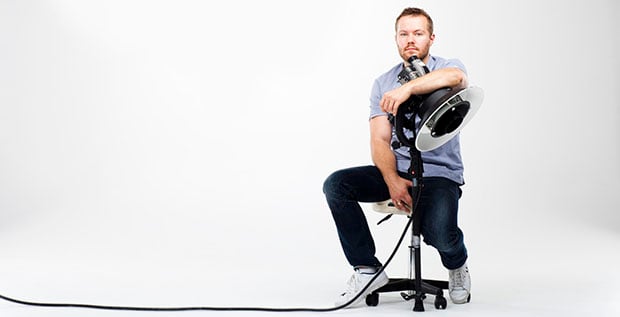 If you’re an active participant in the stock photography industry, you’ve likely heard of the big rumblings as of late. Earlier this month, bestselling microstock photographer Yuri Arcurs announced both a $1.2 million investment in Scoopshot (a crowdsourced photo app) and a new exclusivity agreement with Getty Images/iStockphoto.

If you dismissed the news the first time around, you might want to take a second look — it may be bigger than you thought.

Yuri Arcurs has published an insightful article about why his company’s actions are the microstock industry’s “first major setback in 6 years.” The claim may sound like an arrogant boast, but Arcurs offers facts and figures to back the statement up.

As part of the exclusivity agreement, Arcurs is pulling nearly 100,000 microstock photographs from many of the major players in the industry, including Shutterstock, Fotolia, and Dreamstime. These are some of the most popular images on those services — most of the world’s top-selling microstock photographers are among the 20 photographers employed by Arcur’s company.

Arcurs states that this loss represents about 4-15% of total downloads, depending on the microstock site involved. He asks, “[why should] a subscriber to a microstock subscription plan should pay the same per month, if his favorite images are suddenly removed?”

So what exactly is going on in the stock industry? Arcur believes that the disruptor is now being disrupted. Microstock has been eating away at traditional stock photography in recent years, but now smartphone photography is encroaching on microstock.

Arcurs likens running his microstock business to operating “a Michelin restaurant inside a burger joint and at the same time having to match the prices.” Sick of doing so, he’s moving his images into higher prices and allowing up-and-coming mobile “stock” apps to take care of the low-price market segment that has been served by microstock — hence his recent $1.2 million investment in Scoopshot. 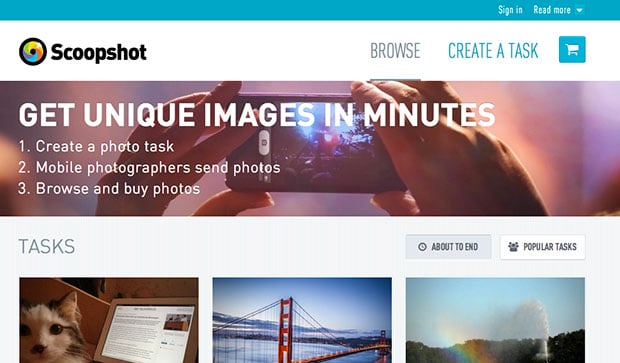 Regarding Scoopshot, Arcurs writes, “I had one of those jaw dropping experiences. They come rarely, trust me. There is nothing that can really match it, because you have never tried anything like it before.” He reports that when he put out a request for photos of how people felt, he received more than 3,300 from photographers worldwide — in less than 10 hours.

It has “the same disruptive quality that microstock had back 5-6 years ago,” he says.

The industry appears to be reacting to this move. Although we reported last month that Shutterstock’s stock price had been booming, it dropped more than 12% in the week after Arcur’s announcement on July 16th.

iblazr is a Synched External Flash Unit for Smartphone and Tablets