Mark Kologi is known by many simply as “The Photo Man,” and over the years he has bought, sorted and sold over three million forgotten personal photos. It’s his passion, and the connection he has forged with his photos and the people who buy them shows in this short documentary by Ben Kitnick.

Kologi has been doing what he’s doing for years, finding old photos at estate sales or getting contacted by other collectors and dealers and then reselling them at his booth at the Melrose Trading Post. Big or small, portrait or landscape, they’re all special to him in some form or another. 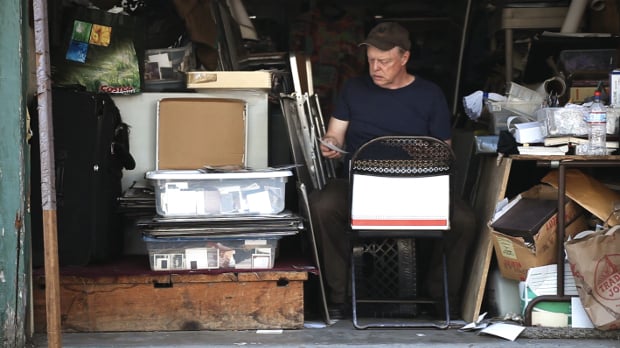 Many of the photos he sells go to artists and photographers looking for inspiration or ideas. “In selling the photos, my satisfaction comes from when I see that person who has creative instincts that may have been a little crushed get some kind of re-ignition or charge,” says Kologi with tears in his eyes. “That’s really why I do it.”

With over three million sold, often at “two for a buck” prices, he’s sure to have helped many a photographer or artist conquer creative burnout. In the end they’re simply photos of strangers, but they’re the strangers that Kologi has spent many a day in his storage garage with.

For him, they no longer count as personal photos. “As soon as a picture leaves its family, it becomes a whole different thing,” explains Kologi in an interview with LA Weekly back in 2008. “It becomes art.”

(via The Photo Argus)