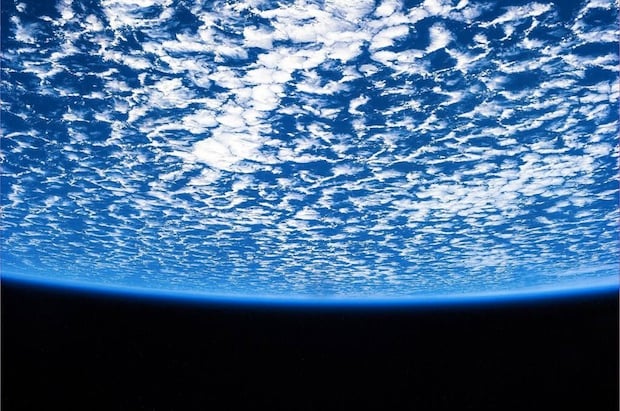 A beautiful photo of a partly cloudy day is, in and of itself, nothing special. When it’s taken from the International Space Station looking down, however, it takes on a new meaning. The above photo was snapped by European Space Agency astronaut Luca Parmitano the other day, and it shows what a cloud-covered Earth looks like from orbit.

Parmitano made the trip to the ISS in late may as part of Expedition 36 and the mission Volare (which literally means “to fly” in Italian), and is set to remain 250 miles above the Earth for a total of six months. The photo shows the curvature of the Earth and the thin blue layer of atmosphere that surrounds our planet and keeps us all safe. 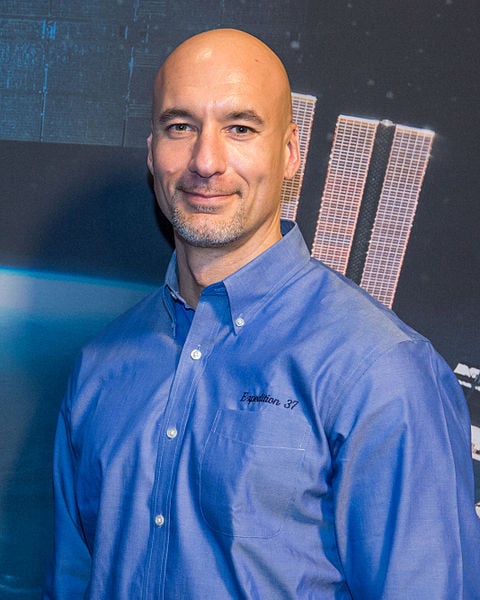 Like Canadian astronaut Chris Hadfield, Parmitano sends out daily tweets of the photos that he’s taken from the ISS’s panoramic “Cupola.” The caption that accompanied this picture: “The sky is just perfect.”

To see more of Parmitano’s photos as he does his time making sure the ISS keeps going on its merry way, follow him on Twitter or head over to the Volare mission Flickr stream. And if you want to download a high-res version of this “perfect sky” photo, click here.