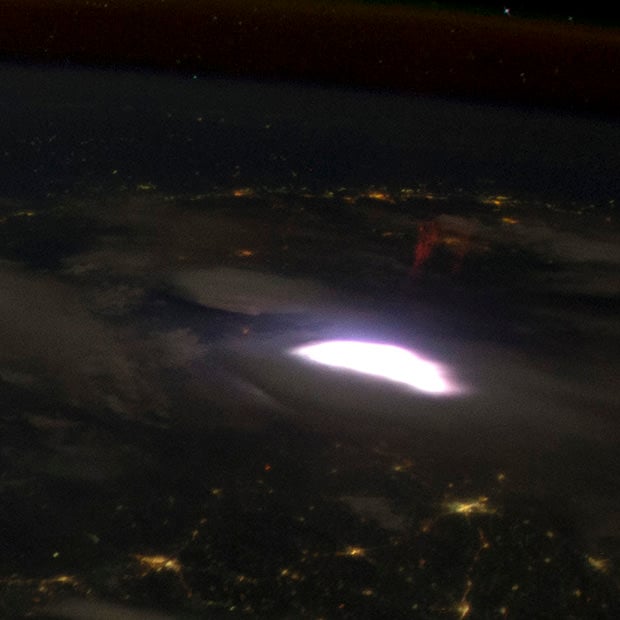 Photographing lighting from the ground is cool enough, but if you happen to be taking pictures of a thunderstorm from, say, space (we know, unlikely, but never say never) on rare occasions you may capture something like what you see above. This is a picture of a “red sprite,” a phenomenon that takes place when lightning doesn’t shoot down but instead explodes 50-miles high in the clouds and fires red tendrils even higher.

The pic was actually snapped by accident by the team on the International Space Station during a time-lapse, and if you have any doubts as to the size of these behemoths, you should know that the lights underneath are Myanmar and Malaysia. The red sprite itself, seen above the massive explosion in the storm cloud, is six miles wide. You can find more photos of red sprites (some of them were even taken from Earth) but on the off chance that a photo just won’t quite satisfy your curiosity, check out the 1000fps video below from the University of Alaska in 1999 to see some red sprites caught on tape.

Super-Resolution From a Single Image

Reuters Photog Gets Into a Fight With a Bull, Somehow Saves His Camera