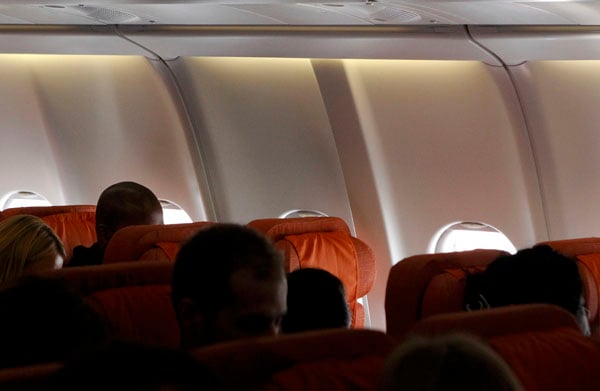 NSA whistleblower Edward Snowden has become a person of extreme interest in recent days, but thus far he’s managed to avoid photojournalists’ cameras fairly well. The same cannot be said of the empty airplane seat which was supposedly going to take him from Russia to Cuba this past weekend.

In an airplane full of disappointed photojournalists, the conspicuously vacant Seat 17A became in short order the most photographed empty airplane seat in the world.


Reuters photographer Maxim Shemetov was one of the photojournalists on board. He wrote about the strange experience on the Reuters Photography Blog, and the photo (seen above) that he transmitted from the tarmac shortly before takeoff has illustrated most of the media’s coverage of the ordeal.

According to American Photo, the whole debacle began when sources in Russia hinted at the fact that the infamous Snowden would be boarding Aeroflot Flight 150, which would take him from Moscow to Havana. The sources even provided the specific seat number that Snowden would be occupying.

As soon as the news broke, the remainder of the flight’s empty seats were quickly bought up by photojournalists who were giddy at the thought of spending a full 12 hours photographing Snowden in the midst of what has been called his “flight from justice” by Secretary of State John Kerry.

Despite all of these rumors, Snowden never showed up, and so the plane-full of photojournalists did what they do best — they took pictures anyway. Instead of a gallery of Snowden photos, news outlets were flooded by photographs of the now-infamous empty airplane seat.

CNN’s Phil Black even put together this video about the experience:

In the end, the airplane full of journalists and photographers made its 12-hour trek from Moscow to Havana, and each photog made the best of it, taking his or her turn trying to frame the best composition of that empty Seat 17A.