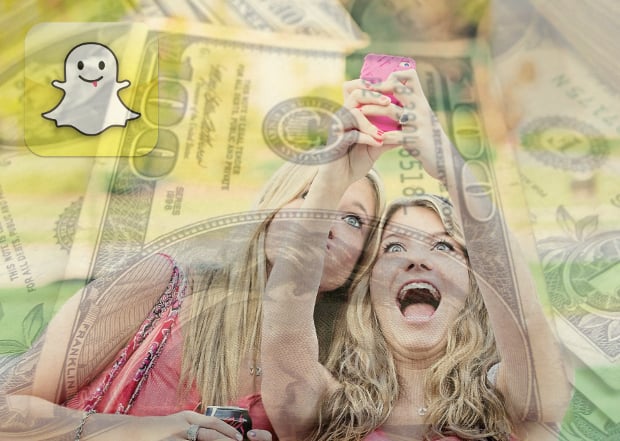 To say that SnapChat has taken off would be an understatement. When we first wrote about the app in December of last year, we were impressed that the (not entirely) self-destructing photo messaging app had managed to raise over $10 million at a $70 million valuation. Now, if we add a zero to each of those numbers we’d still fall short of what several sources are expecting from the SnapChat’s latest round of funding.

Even with all of the news regarding the fact that SnapChat doesn’t actually get rid of your photos entirely when they ‘self-destruct,’ the company hasn’t slowed down a bit. With its eyes on finding a way to monetize the business, TechCrunch is reporting that SnapChat is raising somewhere in the vicinity of $100 million, aiming for a mind-boggling valuation of $1 billion.

Given the app’s exponential growth, the news somehow doesn’t come as a surprise to most people. Precisely because the app’s photos disappear after you’ve viewed them, users tend to log more time-in-app with SnapChat than other photo sharing options. This has made the company look like a big juicy steak to the advertisers playing the role of diner in this particular analogy. And that, in fact, is why SnapChat is endeavoring to raise more money in the first place. The company has always expressed an interest in monetizing and now they’re raising $100 million in order to pay the “army of ad sellers” it is reportedly hiring.

Previous reports by GigaOm had SnapChat aiming at a more meager (though certainly not actually meager) valuation somewhere between $500 to $700 million. But co-founders Evan Spiegel and Bobby Murphy think that the B-word isn’t out or reach.

Most sources don’t disagree with them either. Fortune’s Dan Primack took to Twitter to express his belief that GigaOm’s valuation estimates were too low. And given that Instagram sold for $1 billion to Facebook without any talk of a monetizing scheme, it seem at the very least likely that a profitable SnapChat could hit its lofty valuation goal.

Image credits: Photo illustration based on Money Dollar by 401(K) 2013

Blast From the Past: Canon Ad Shows Off Its Cutting Edge 1989 Still Video Cameras

Video: The Top 15 Features of Photoshop Every Photographer Should Know