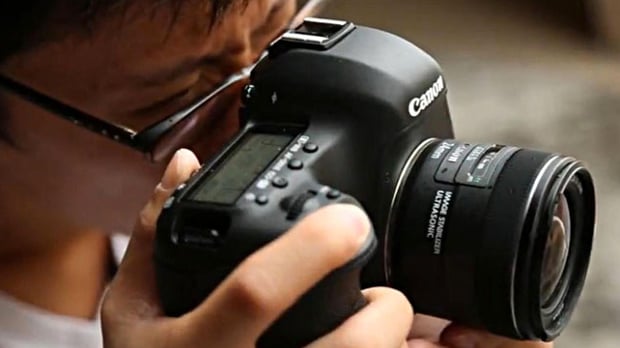 Major news website News.com.au made a pretty big mistake yesterday. At the top of an article titled “Bizarre: Man gropes woman’s thigh, then photographs her“, author Phil Hickey (or whomever was in charge) decided to use a photo of none other than DigitalRev TV’s Kai Wong.

DigitalRev caught wind of the story when several of their readers notified them of the article earlier today. Apparently, a man in Perth assaulted a woman in a parking lot and then proceeded to photograph her before running off.

To illustrate the story, the site obviously thought it was ok to grab any photo of someone holding a camera, but beyond the copyright infringement issues here, this could actually be considered defamation. Using an innocent (and somewhat famous) person’s photo to illustrate a sexual harassment story with no indication that it is just an illustration is a serious misstep. For their part, DigitalRev responded in their trademark humorous style:

We at DigitalRev would like to state that Kai, despite his love for pinkenta, does not own a pink hooded jumper. Also Kai does not drive a Nissan Navara Utility, and we have strong reason to believe that he is in Europe around 1pm on Saturday. Should Mr. Hickey have difficulty with his GettyImages login, we would be happy to offer our free IT support.

They go on to say that the story is a serious one, and nobody is trying to make light of that. DigitalRev encourage its readers in Australia to contact Crime Stopper of Australia at 1-800-333-000 if you have any information regarding this bizarre assault.

It’s simply alarming that that a major news outlet would pick up a screenshot from a popular photography show to illustrate such a story — especially given what we know about how photos affect our perception of reality.

It’s not Kai. We promise. [DigitalRev]

How Not to Capture a Ship Launch

5 Unique Ways to Use Your GoPro