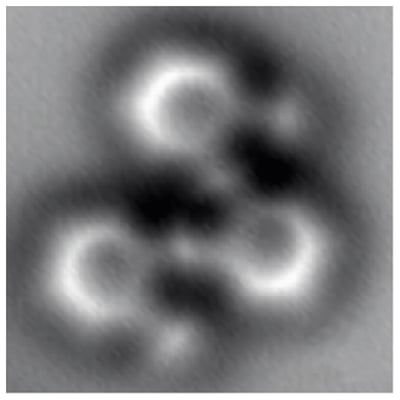 Science nerds and photographers can join hands today and stare in awe at what a team of researchers at the Department of Energy’s Lawrence Berkeley National Laboratory managed to do. Entirely by accident, these scientists have managed to take the first ever high-res images of carbon atoms in the process of forming chemical bonds.


The team, led by Felix Fischer, were actually trying to create tiny nanostructures made of graphene — basically a one molecule thick layer of the substance graphite that has the potential to revolutionize everything from circuits to touch screens. But creating the right graphene nanostructures is a tough process, so Fischer asked to borrow Berkeley physicist Michael Crommie’s atomic force microscope, which could capture atom-level images of the molecules falling into place. 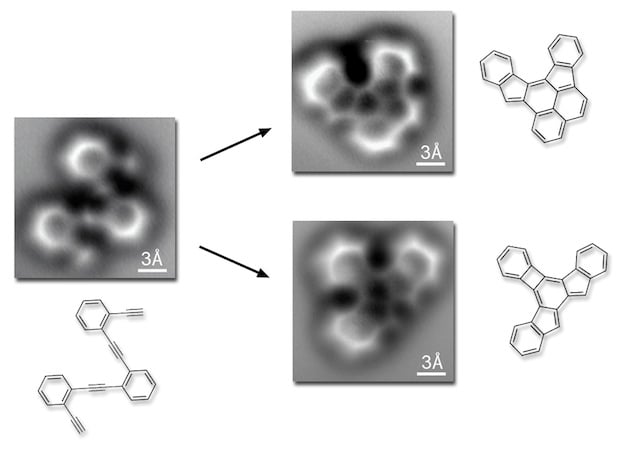 Although the initial experiment was a bust, the pictures the group got (seen above) are nothing short of astounding. It turns out the people who came up with the drawings in your Chemistry book were right on the money.

The technique they used to capture these stunning images is called Non-Contact Atomic Force Microscopy. The microscope has a single Oxygen atom at the tip of a tiny “needle.” This needle is then run over a sample, moving ever so slightly every time it passes over a molecule or bond. A laser beam is used to determine how much the needle moved, and a picture is formed based on that info. 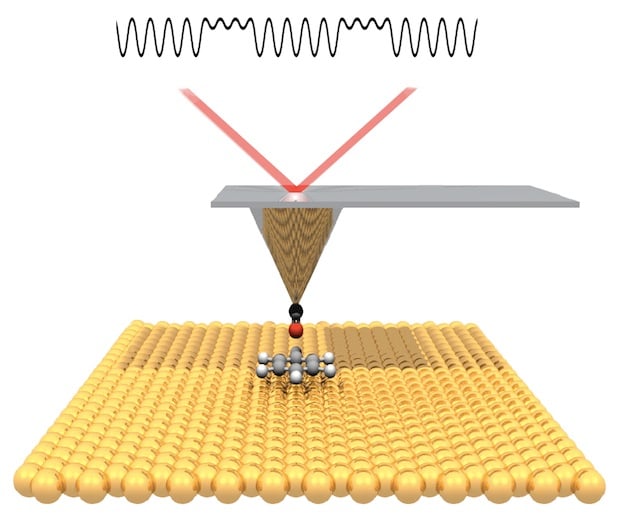 Until now, all of the drawings of molecules we’ve ever seen (or been forced to look at) were educated guesses based on the scientific information at hand. Now, due to photography at the most infinitesimal level, scientists no longer have to guess. It won’t make O-Chem any more interesting, but at least now you’ll be studying something that you’ve seen IRL.