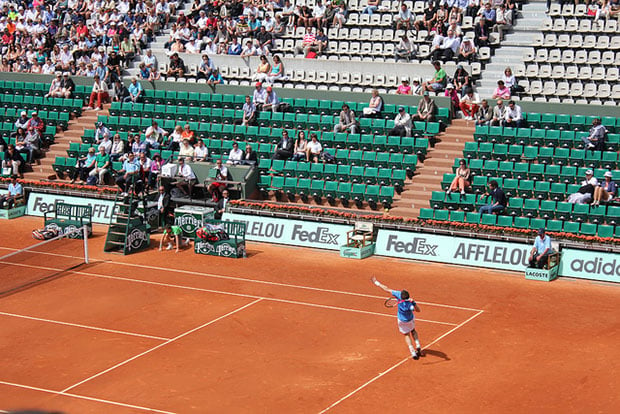 Forget the electronic line judge or the slow motion review by the refs, professional Ukrainian tennis player Sergiy Stakhovsky decided to take matters into his own hands when a line call didn’t go his way in the French Open on Monday.

During a match with Richard Gasquet, Stakhovsky hit the ball out — at least according to the line judge. Doing their due diligence, the officials even went to the line to inspect the telltale “smudge” of a ball on the clay court, and determined that it had, indeed, been out.

Stakhovsky continued to argue the call, but the ruling never went his way and the match eventually proceeded. That is, until the players switched sides. That’s when a disgruntled Stakhovsky grabbed his iPhone from the bench and snapped his own photo of the smudge — an act that earned him boos from the spectators and an unsportsmanlike conduct violation from the officials.

The call was never reversed and Stakhovsky went on to lose the match, but he’s not letting this one go. He’s spread the picture in the above tweet, and intends to send the photo to the French Open tournament directors in hopes of… well we’re not sure exactly what he hopes this will accomplish:

Here’s the photograph he snapped: 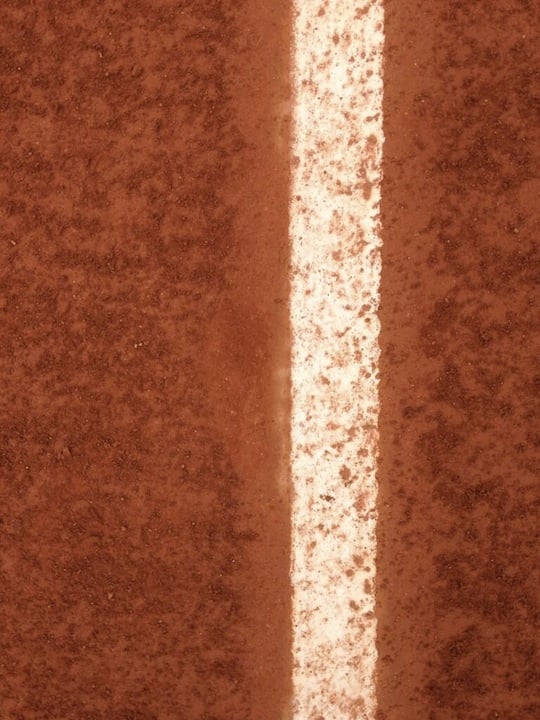 The tennis pro actually pulled a similar stunt during a match in Munich last month, but speaking to the AP, he explains why this one is much more important:

Munich was a very close call which could go both ways, so I didn’t really bother going to the supervisor and asking. But this one is in a Grand Slam, so first of all, the fine is actually there, possibly, (and) I don’t want to get it. So I’ll try to explain myself. I don’t know if it’s going to work.

For his part, his opponent Gasquet wasn’t bothered by the photography at all, “He’s a funny guy. I think he’s one of the funniest guys in the draw. For sure, it’s not usual to see that, but I can understand he’s frustrated.”