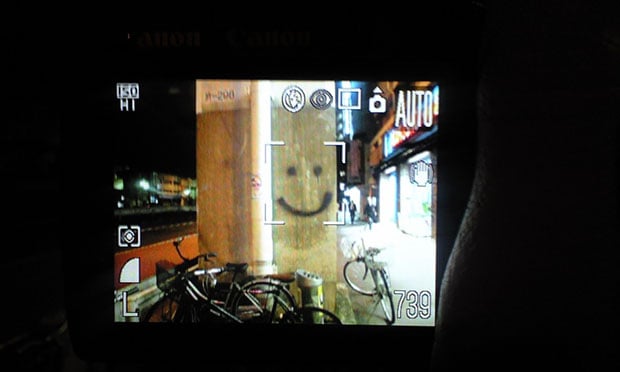 Despite the proliferation of SLRs and Micro Four Thirds cameras, “auto” mode isn’t going anywhere. As evidence, consider a recently published patent application from Kodak that assumes the average camera user can’t even figure out which direction to point the thing.

Patent application 20130108166 covers a system for “image recomposition from face detection and facial features.” That translates to “we’ll have the camera crop the photos for you, because you’re too dumb to figure it out.”

The process basically boils down to face detection on steroids. Algorithms will analyze the faces in an image, figure out who’s smiling, looking away from the camera or giving you the evil eye and crop them in or out accordingly. Kodak envisions it being particularly useful for people who share images via multiple services, each of which applies different crop settings.

You, of course, will find such a tool hideous and vaguely insulting. But you, dear shutter weenie, are not the target market envisioned by Kodak.

“In the field of photography, in particular digital photography, amateur photographers have little or no training on how to take photos of pleasing composition,” reads the patent app. “The resulting photographs they take are often ill composed. It would be beneficial if a digital image processing algorithm could recompose the original shot such that it represented the shot that the photographer had wished he/she had taken in the first place.”

Kodak is in the process of dismantling itself, you’ll recall, but if they can’t do anything with the technology, maybe Apple will.