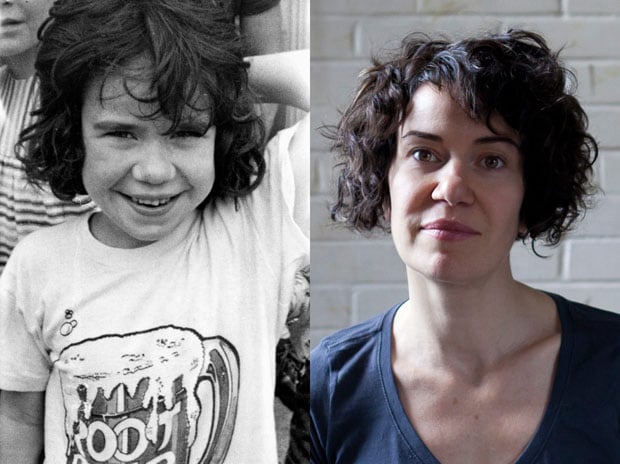 Located in the city of Toronto, ALPHA Alter­na­tive School is one of Canada’s oldest free schools. For the school’s 40th anniversary last year, photographer Michael Barker worked on a project titled Alpha Alternative School 1972/2012. It’s a series of diptychs with portraits of students shot back in the 1970s/1980s placed next to new portraits of the students captured around four decades later.


ALPHA stands for “A Lot of Par­ents Hop­ing for an Alter­na­tive.” The school was unique in the Toronto public school system due to the fact that it had no homework, no grades, and no tests. One of the main ideas the school was based on is that children do much of their learning by playing.

Thus, students were allowed to explore their own interest, learning what they wanted to, and making or doing things they found interesting.

In addi­tion to daily one-on-one or small-group lessons in read­ing, writ­ing, math, and French, an ALPHA stu­dent in the 1970s could learn to take pho­tographs with a pin­hole cam­era and develop them in an onsite dark­room; build a kid-size wooden fort; make stop-motion ani­mated films; con­struct giant painted sculp­tures out of snow; incu­bate an egg and raise the result­ing chicken; buy and care for trop­i­cal fish; research and write essays on art his­tory, and on and on. [#]

In addition to the portraits, the project also features interviews with the students that were conducted by Ariel Field­ing. The goal was to offer a peek into the lives of some of Canada’s first participants in the radical experiment of cooperative education, and to see what (if any) long-term effects it had on the “guinea pigs.”

You can find out more about the project and read interviews with each of the portrait subjects over on Barker’s website.