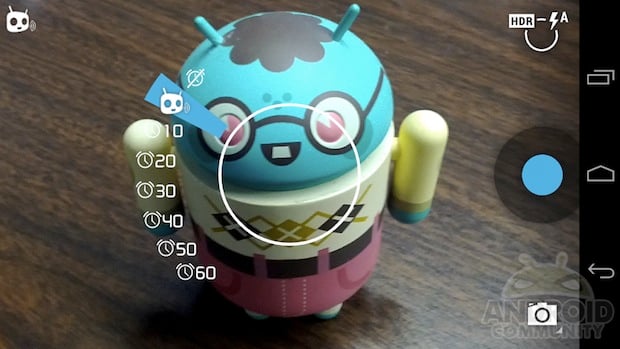 CyanogenMod is sort of like Magic Lantern for Android phones. It’s an open source, replacement firmware option for people who want to get more out of certain Android devices. And the most recent update targets the photographic community — in a hands-free sort of way.

According to Android Community, CyanogenMod 10.1 now integrates hands-free options, including timer settings that go all the way up to a one minute delay (in case you want to experience what it was like sitting for a daguerreotype in the olden days?) and a really cool voice-shutter feature. 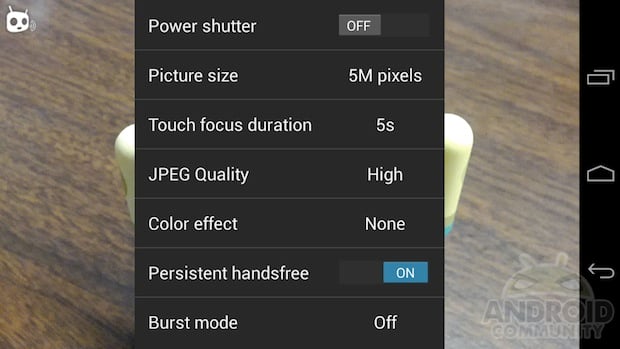 To use the functions, go into the camera settings and enable “persistent hands-free,” as seen above. Once you’ve done this, you can select the voice shutter icon and say either “cheese,” “whisky,” or “cid” to fire off the shutter on command from a distance.

Here’s a short demo that shows the voice shutter at work:

The only real downside — he even runs into it in the demo above — is that the feature isn’t persistent; that is, you have to re-select your timer/voice setting every time you use it. On the other hand, that makes sense given that these settings won’t likely be used more than once or twice at a time.

It’s not a huge feature, but it’s cool nonetheless. So if you’re an Android user and you want to make it impossible to take a photo without saying cheese, head over to the CyanogenMod website to download the most recent version of the hack.

How to Create Professional Time-Lapse Videos From Start to Finish