In this short film — put together by photographer and videographer Patrick Richardson Wright — Seattle-based photog Dan Carrillo talks about that craftsmanship, as well as the beauty and permanence of daguerreotype photography that keeps him doing it when others say “why bother.” 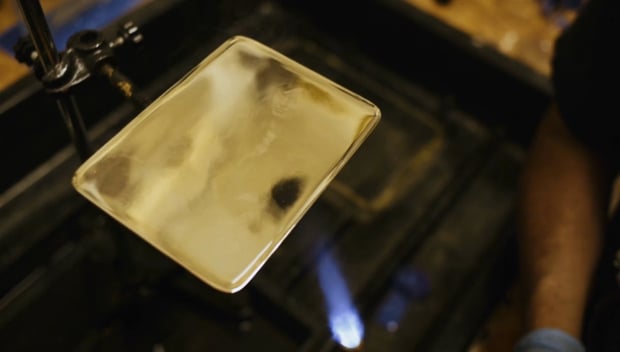 The process of making a daguerreotype starts with a silver-plated copper plate. That plate is first buffed and polished until it looks like a mirror. Then the plate is sensitized to light over iodine and bromine in specialized, light-proof boxes.

The plate, now yellow-rose in appearance, is then transferred via a light-proof holder into a camera, where it is exposed. Originally, this exposure could take as long as fifteen minutes, but improvements to the sensitization process (adding silver halides) and better lenses eventually dropped that number below one minute.

Finally, once the plate is exposed, it’s developed or “brought out” over hot mercury, fixed by immersion in a solution of sodium thiosulfate and then washed with distilled water. The final step is to tone or gild the plate using gold chloride, yielding, as Carrillo puts it “something that is unlike any other type of photograph.” 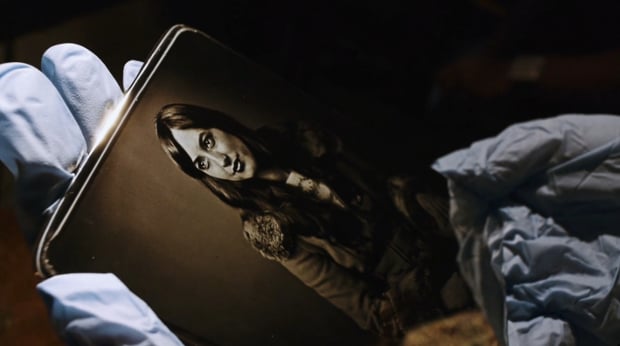 Carrillo fell in love with the daguerreotype two years ago after taking a workshop at the Eastman House. But if you’re thinking of trying it out yourself, be warned: even after deciding he wanted to do this, it took another year to acquire and/or build all of the materials he would need. For now, you can watch the video and be inspired by the entire mesmerizing process.

To see more from Dan Carrillo, check out this video covering his wet plate colloid process or head over to his Flickr stream.

Did You Know: The World’s First Portable Motion Picture Camera was a 12fps ‘Rifle’

A Flowchart For Figuring Out Which CC License You Should Use