People often give iPad photographers a hard time for trying to use an unwieldy tablet as a casual snapshot camera. Tom, the iPad photog seen in the video above, is one person who is glad he was using his iPad as a camera. You see, his iPad-ography saved him from a good deal of pain. 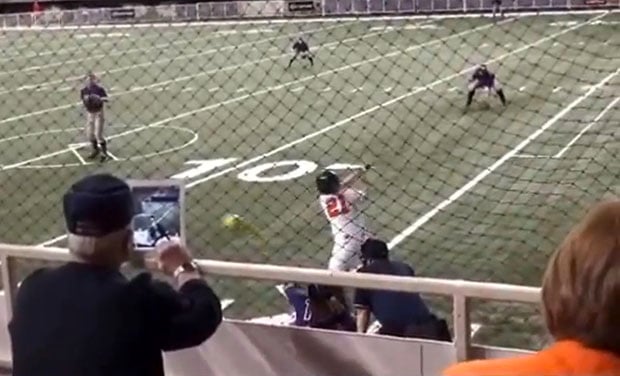 8 seconds into the video, we see a batter hit a foul ball that unfortunately flies straight at Tom’s face. Luckily, his iPad was in the perfect position. It deflected the ball away from Tom, saving his head from a good deal of pain.

What’s more, the iPad doesn’t appear to have sustained any damage of its own, either. Tom picked it right up, dusted it off, and happily resumed snapping photographs of the tournament.