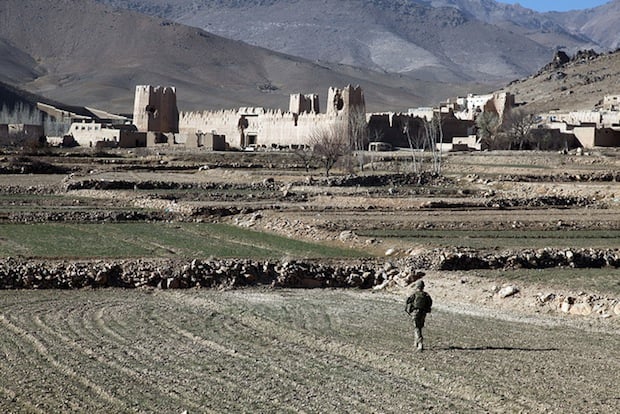 Being a photojournalist in a war zone is a dangerous job. In addition to the physical hazards of combat photography, there’s always the possibility that you will be kidnapped and taken hostage by insurgents.

Back in August of 2011, Australian freelancer Tracey Shelton had her gear stolen even as she barely managed to evade kidnappers in Libya. Unfortunately, 29-year-old French photojournalist Pierre Borghi wasn’t as lucky.

Borghi was taken captive on November 28th, 2012 by four men in a busy area of the Afghan capital of Kabul. According to Reuters, the men who took him were most likely organized criminals, who then sold him to insurgents claiming to be, at various times, Taliban, Haqqani and al Qaeda.

Fortunately, Borghi’s story would have a happy ending. After spending 4 months in captivity, being moved from location to location, the photographer managed to escape the chains that were keeping him in a crudely dug hole beneath a trap door on Monday.

Once free, Borghi was able to make it to a security checkpoint in central Wardak province, where he enlisted the help of the security guards there to ultimately arrive at Interior Ministry headquarters in Kabul.

The French embassy declined to comment on the matter, but according to ministry spokesman Sediq Sediqqi, Borghi was in good health when they passed him off to French officials later that same day.