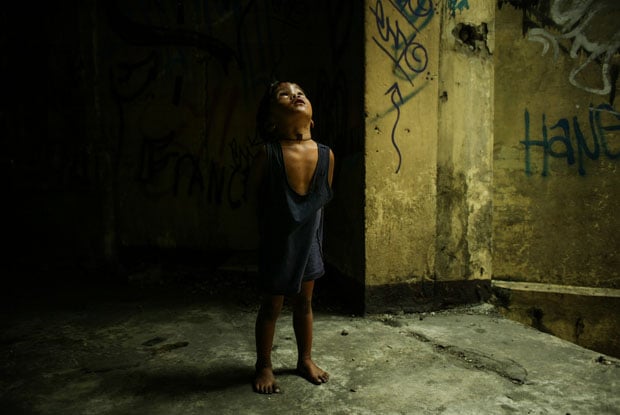 My name is Chris Rusanowsky, I am a 22-year-old freelance photographer based out of Los Angeles, California. In February of 2012 I took a trip to document poverty in Manila, Philippines for 32 days. 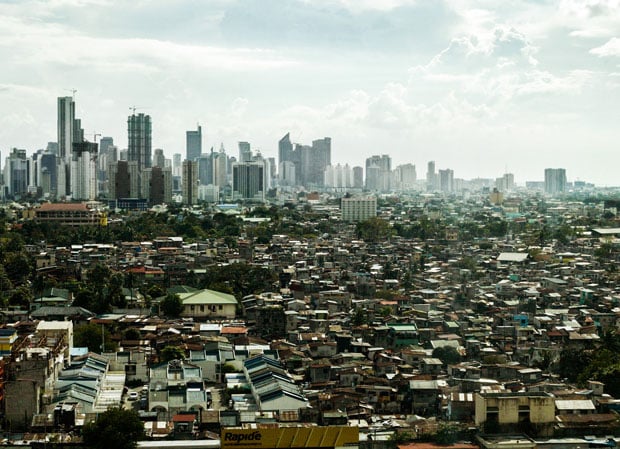 Upon my arrival to Manila I felt an overwhelming feeling of the growing city. From the first step onto the streets, to the time of making my return home I had witnessed beautiful people living in poverty. 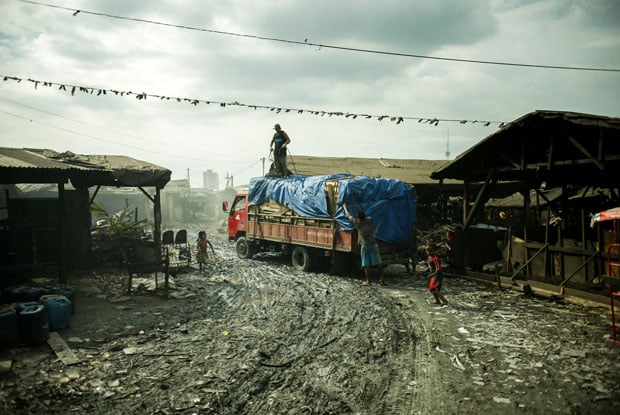 My project starts at a city dump site, a place the locals call “Smokey Mountain”. It was named after the thick, white soot that filled the air. There was a highly compacted muddy road condensed with huts on each of side of it, leading me to a community of huts made with abandoned materials. 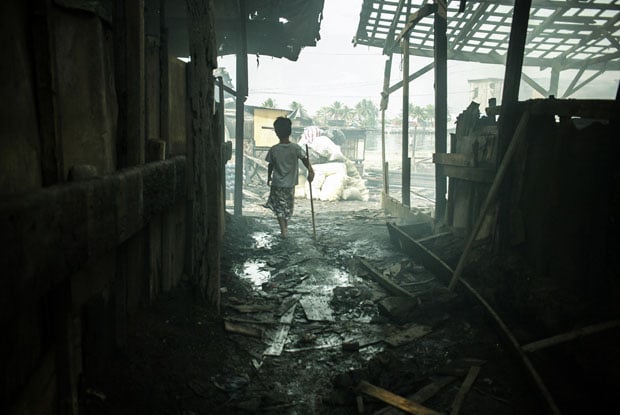 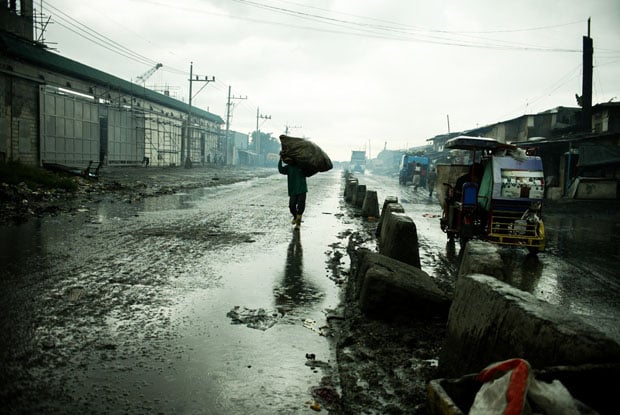 The people of Smokey Mountain have been forced to live around the dump site to search through trash to find recyclables as a means of income. Surrounding the homes were a large row of charcoal shanties, where these men, women and children from the age of six worked 24 hours a day. 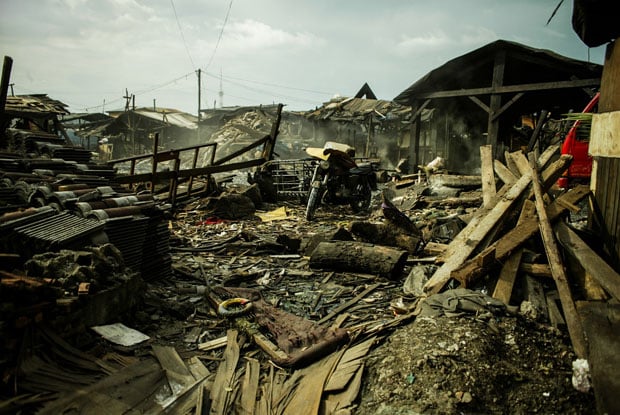 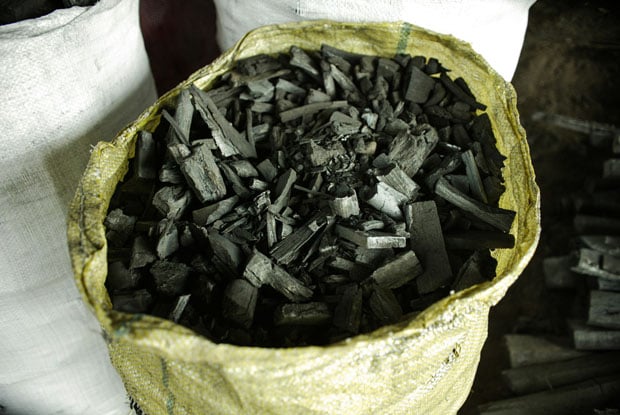 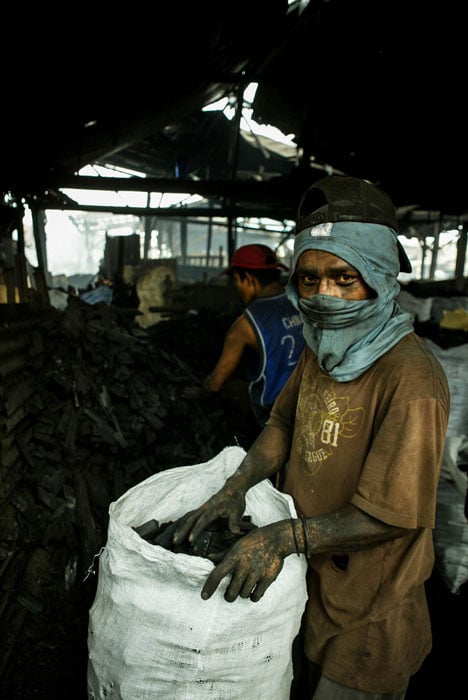 These huts had no foundation and could have collapsed at any time. The smoke from the charcoal billowed into the air, leaving a burning sensation in the back of my throat from which I could only describe as acrid. 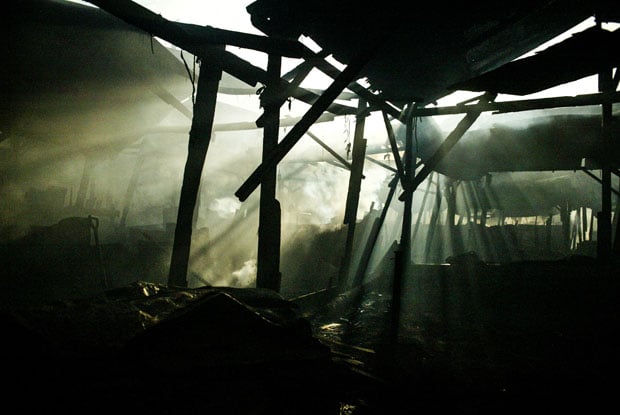 The children did not know anything more than this isolated place of poverty. They try to live a normal childhood, playing in the waters that flowed next to a shipping harbor. 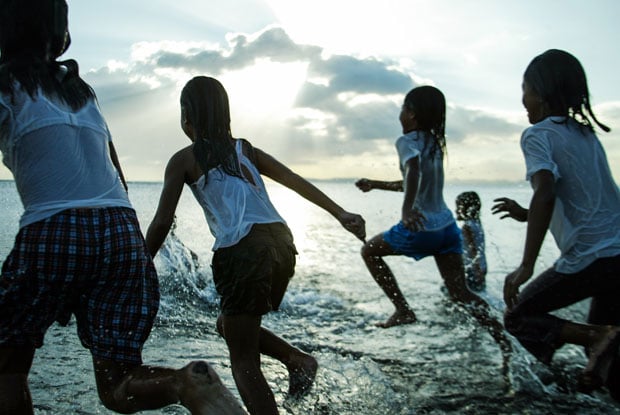 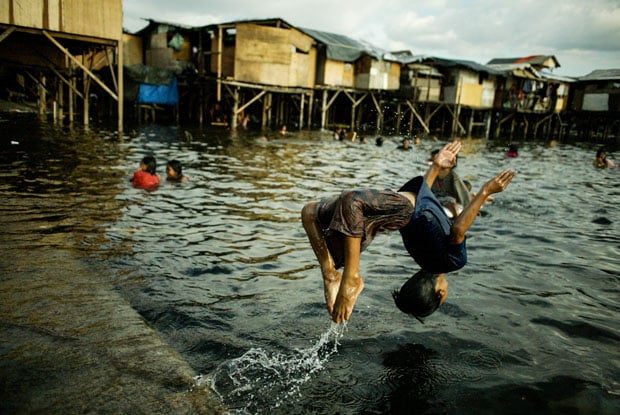 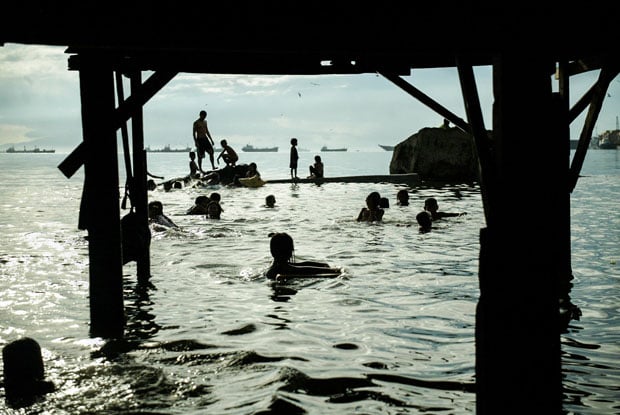 A boy by the name of Reynixon Roysales has been living in Smokey Mountain since the age of six, along with his Mother, Father and Sister. He spends his days rummaging through piles of garbage in hopes of acquiring plastic to afford a meal that typically consists of instant coffee and rice as well as looking around the house for abandoned duck eggs to eat. 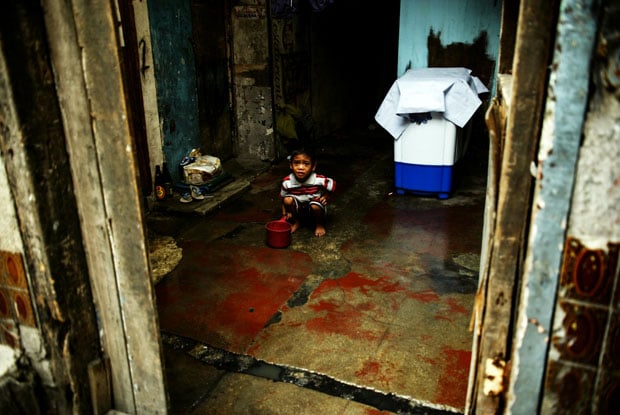 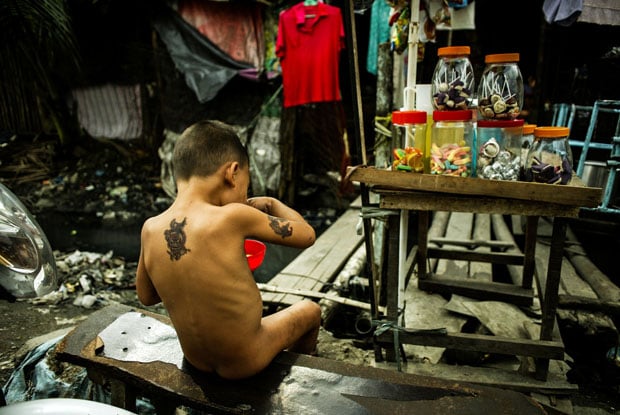 The hope of a future keeps the spirit of this boy alive. 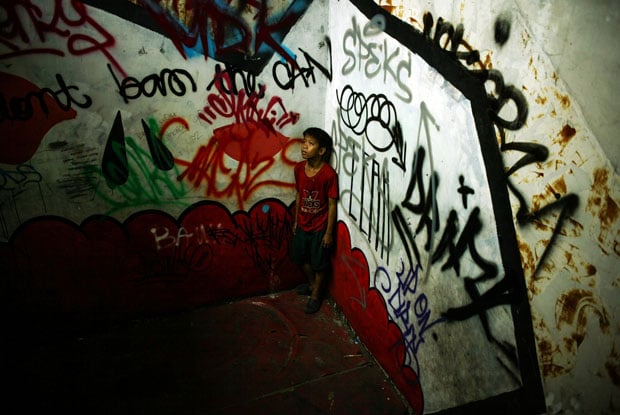 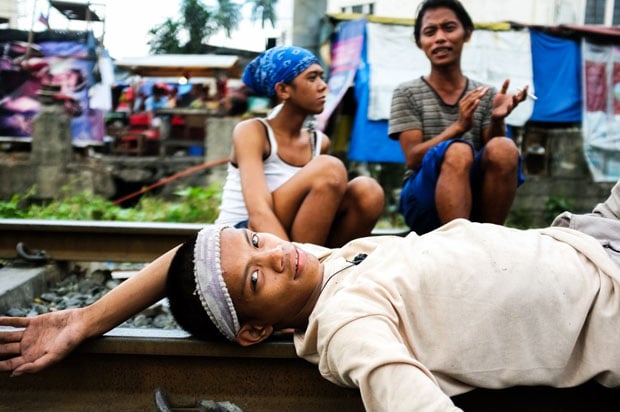 After the death of his aunt Reynixon, his family left to attend their relatives funeral for one week. When they arrived back home, the house had been broken into and looted. Everything of value was stripped from them. After being left with absolutely nothing, Reynixon and his family had moved to live at his cousin’s who owned a house “which had no roof”. 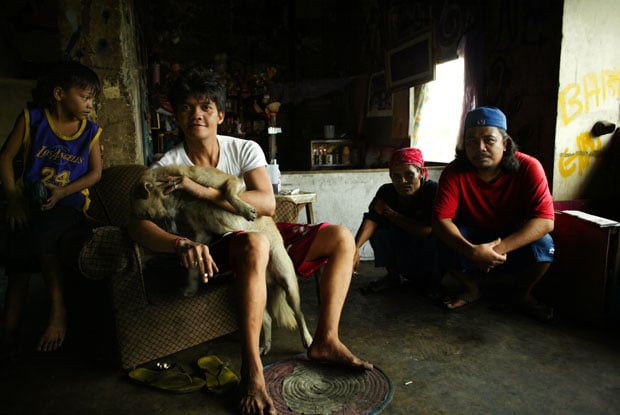 After 2 years of living at his cousin’s, Reynixon started to work with a church in Manila. At the age of 20, Reynixon had against all odds broken away from poverty to start a new future as a pastor. In 2001, he valiantly returned to Smokey Mountain to provide the food that these children so badly needed.

Surpassing any expectations he had for himself in his future, Reynixon established The Malaya Kids Ministry. This Ministry located in the heart of Smokey Mountain has helped the community by finally providing the electricity, education and nourishment these children deserved for so long. 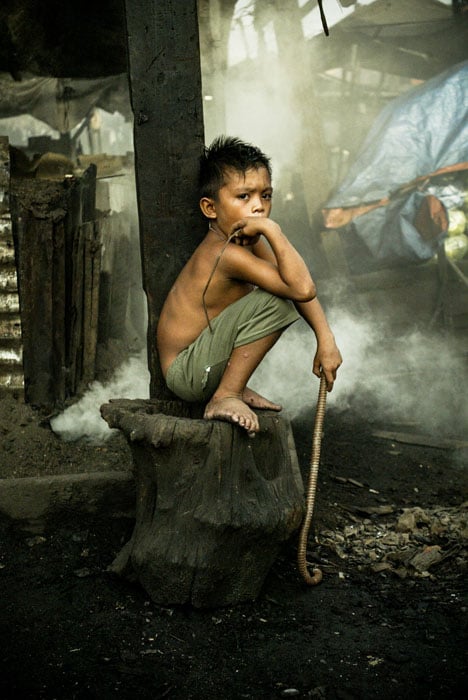 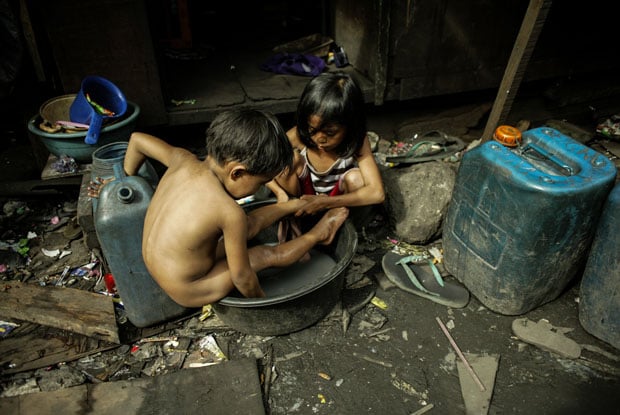 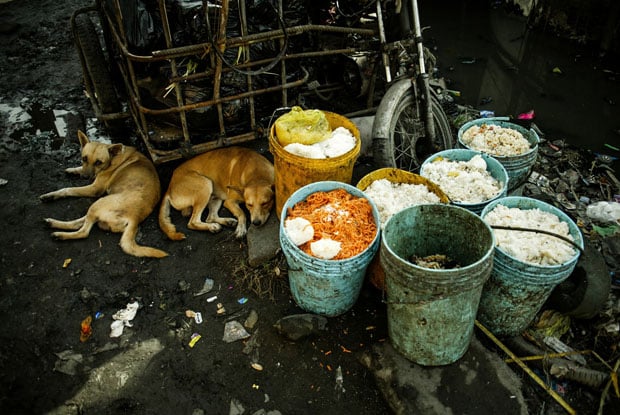 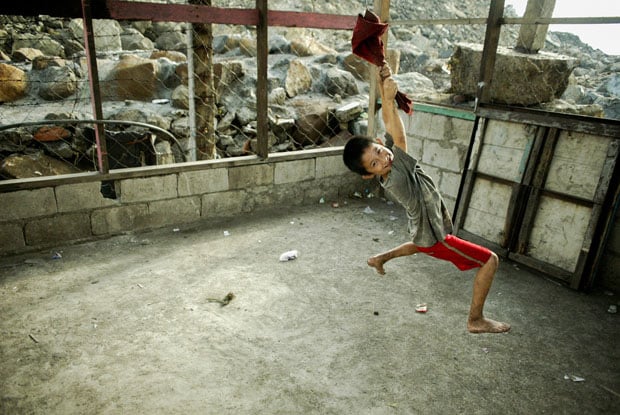 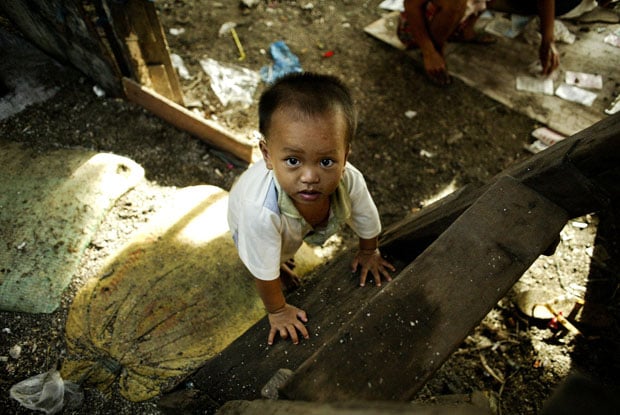 The boy who had experienced scraping the bottom of the barrel for leftover food never gave up hope and had returned to this extremely harsh environment as a righteous man with a highly benevolent intent, lending his hand out to these children who would’ve been otherwise left behind.

As a young photographer I have been working to get this project exposure, to tell the story of this community.

About the author: Chris Rusanowsky is a freelance photographer based out of Los Angeles, California. You can find his work on his website and through Instagram, Facebook, and Tumblr.