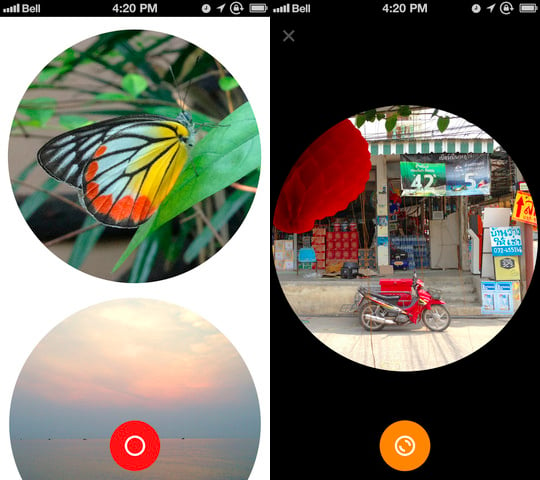 Photo-sharing apps run the gamut between the hyper-social (ala Instagram: like, comment and share to your heart’s content) and the secretive (ala Snapchat: this photo will self-destruct in 3 … 2 … ). Ustwo’s new app Rando falls somewhere in that latter category, because while you can share photos with Rando, you have no idea who you’re sharing them with, or who is sharing them with you — and forget about likes, comments and favorites.

If that seems strangely anti-social, you’re on the right track. Ustwo calls its own app “an anti-social photosharing app.” The company isn’t interested in gathering credentials and creating a community. Instead, the app is about removing the “social” in “social-media” and seeing how users react:

What happens when you cannot communicate between users in this social-media world that we’re living in today? Are users still going to be incentivised if they have no way of patting each other on the back with likes? Are you going to be engaged if you can’t follow specific users? And what happens when you are producing something but have no control over who will see it?

The analogy the company has come up with to describe Rando harkens back to the days of film, when you would sometimes end up with someone else’s photos after a mixup in the lab. They call that a “completely unexpected peephole view into someone else’s li[fe],” and so Rando delivers photos the same way, even creating a circular crop to reinforce the peephole metaphor.

Here’s a little ad Ustwo has come up with for Rando:

To prevent this from getting out of hand (in an inappropriate sense), Rando requires you to send a rando in order to get a rando. And if somebody does happen to send out something inappropriate, the app will allow you to flag it as such. Of course, that won’t stop everybody, so downloader beware.

As with most photo-sharing apps, Rando is free to download on the iTunes store (no Android yet), so if the idea of anti-social photo sharing sounds intriguing, give Rando a shot … pun intended.