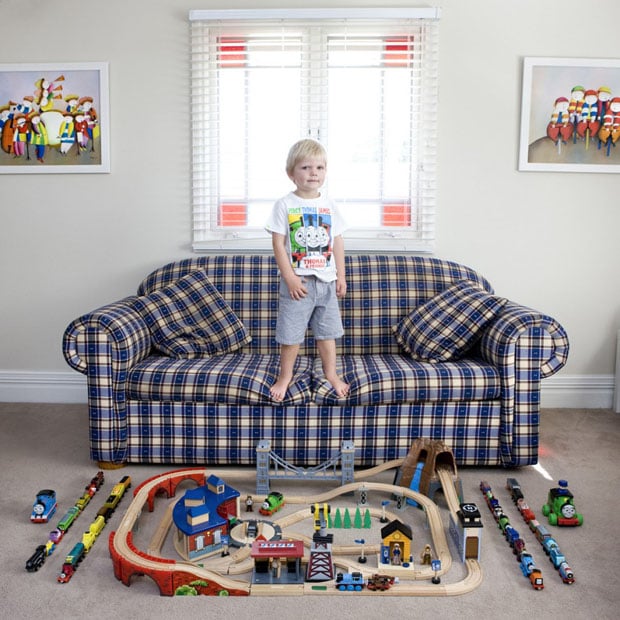 This portrait is of a little boy named Lucas who lives in Sydney, Australia. Like many children around the world, Lucas enjoys playing with toys, particularly his set of miniature trains and wooden railroad tracks.

For each of the images, Galimberti played with the children and their toys for a short time, helped them arrange the toys neatly on the ground, and then had the kids post for a portrait. Through the many portrait sessions, Galimberti discovered that children around the world have similarities and differences. While all enjoy playing and having fun, the economic status of the children apparently has a big influence on the children’s personalities.

The wealthiest children were more possessive of their belongings, refusing to let Galimberti touch the toys at first. Building rapport with those kids took longer. The poorer children were much more receptive to Galimberti and were more generous with their fewer belongings. In the poorest countries, children often had very few toys, and therefore spent most of their time outdoors with friends.

You can find the entire set of Toy Stories photographs over on Galimberti’s website.

Image credits: Photographs by Gabriele Galimberti and used with permission