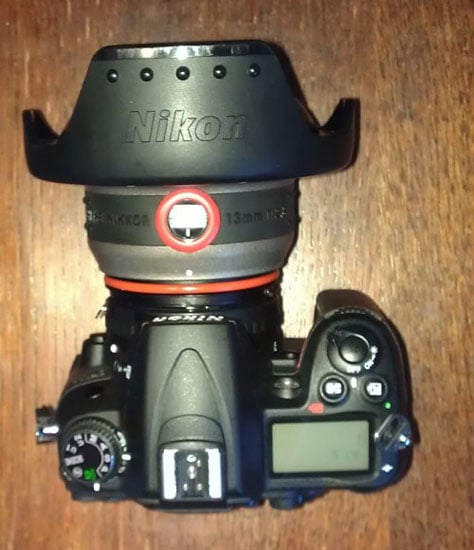 Launched in 1992 and discontinued in 1996, Nikon’s Nikonos RS was considered one of the best underwater photography solutions back in the 90s. The cameras and the 50mm f/2.8 macro, 28mm, 13mm fisheye, and 20-35mm lenses still sell for relatively high prices these days. Unfortunately for Nikon enthusiasts, the RS mount lenses were not compatible with F mount cameras… until now.

Underwater photographer Andrej Belic spent over a decade dreaming of using an RS lens on his Nikon DSLR, and over the past year he was able to get the combo working.

The two lenses Belic managed to make compatible are the 13mm fisheye and the 20-35mm wide angle (the first underwater zoom lens) — two lenses that are considered the best in underwater optics.

Belic writes that the RS lens bayonet is identical to F one, so the lenses fit without any modifications. He then began look into allowing the lens and the camera to communicate with one another electronically, and eventually figured out how to make it work.

Here are two videos showing RS lenses working on a Nikon DSLR, with autofocus and camera settings all functional:

You can follow along with Belic’s progress through his blog and see some of his beautiful underwater photography here.

(via Andrej Belic via Nikon Rumors)

Photographing the Eruption of Mount St. Helens from 10 Miles Away