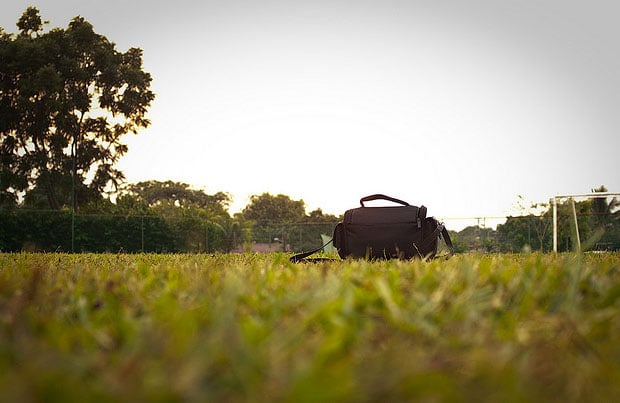 A couple were visiting a vista point near the Golden Gate Bridge in San Francisco this past Valentine’s Day when they came across a black camera bag that had apparently been misplaced. After the owner didn’t turn up to recover it, they looked inside and found a wallet with Chinese currency, credit cards, an “expensive-looking” camera and lens… and $11,000 in cash.

Barbara or Carlos Landeros of Vallejo, California then spent an hour and a half waiting some more for the bag owner to show up before they visited the police station in downtown San Francisco to turn it in. That process took another two hours, during which they had to repeatedly check on their car to make sure it wouldn’t be towed.

Days later, the couple learned that the police had located the owner of the bag by using information found on an airline ticket inside. It belonged to an ex-Bay Area college student who had been visiting San Francisco with his extended family. The man, identified as ‘Mark,’ thanked the Landeros and offered to be their tour guide if they ever visit China in the future.

If you ever lose your camera bag, your pricey gear, and a fat stack of cash while out on a shoot, you should hope and pray that it’s discovered by an honest couple like Barbara or Carlos Landeros. As the Vallejo Times Herald quotes SFPD spokeswoman Albie Esparza as saying, “It’s just really good to know that people nowadays still have the integrity to do the right thing and turn in something that’s not theirs.”