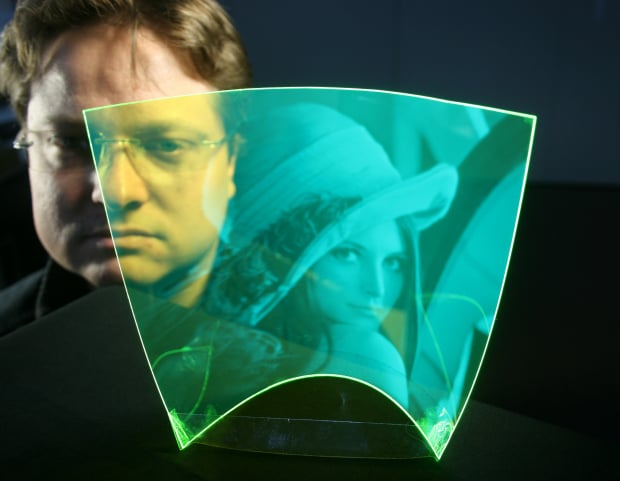 A new breed of image sensor is being created by researchers at Johannes Kepler University in Linz, Austria that may some day revolutionize the way we take pictures. Unlike the typical image sensor we’re used to seeing, this one is a thin, flexible, transparent sheet.

The sensor is made of a transparent polymer film that is embedded with many tiny fluorescent particles that absorb a specific wavelength of light. The polymer is known as a luminescent concentrator, and while it lets most light pass right through (hence the transparent bit), it disperses the rest of it within the film.

The sensor then uses a series of optical sensors located around its edge to pick up that scattered light and re-create a rough image by determining where each ray entered the film based on its brightness. 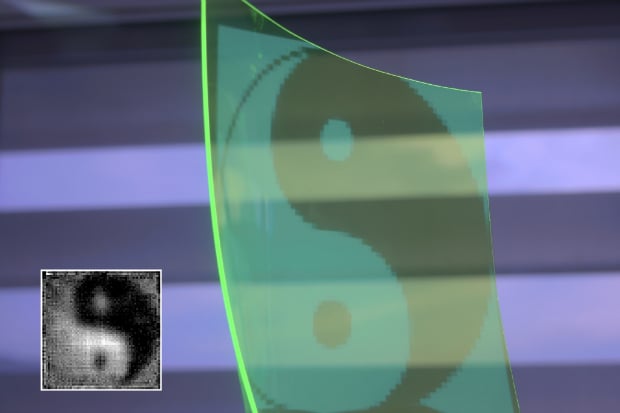 You can read all of the fascinating technical details over on The Optical Society’s website, but the basic premise is that, by stacking several layers of this material together, the researchers believe they can create a legitimate image sensor — maybe even a color sensor using separate RGB layers.

For now, the black and white images the sensor is producing aren’t anything to write home about, but give them a few more years and you may be composing your shot through a very literal live view in an all-new form factor camera.

And the cherry on top? There are no pixels to speak of on this sensor … take that pixel war.