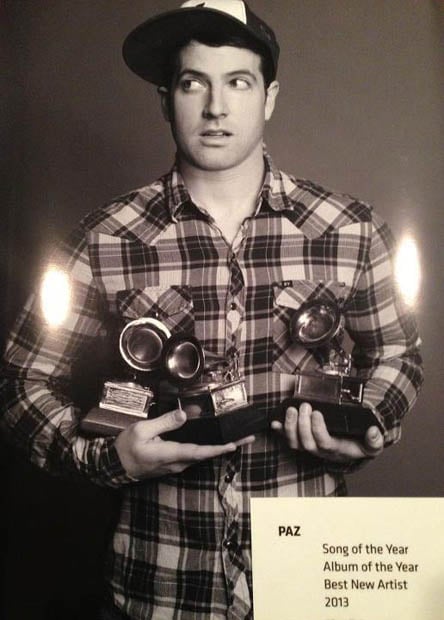 Los Angeles-based musician Paz Dylan recently pulled a pretty funny prank on the Grammy Museum in LA. He made a series of informational wall display pieces featuring strange descriptions and photographs of himself eating tacos, and then hung them up on the walls of the museum next to the real pieces. That’s pretty clever, but get this: no one noticed, and the pieces stayed up for a month.

The photograph above is a piece he made for the “Wall of Fame.”

Paz reported on the prank through a Facebook note titled “Thought the Grammy museum could use some redecorating.” He writes,

There were more than 400 nominations for the 2013 Grammys. None of them were for independent / unsigned artists.

The Grammys say they nominate independent artists, but their definition of “independent” includes Taylor Swift and Paul McCartney. The system is broken. Its time for the Grammys to recognize artists for the art they make, not the deals they sign.

Somehow the following pieces made their way into the Los Angeles Grammy Museum. They’ve gone unnoticed for about a month. Enjoy.

Paz was meticulous in his efforts to make his fake pieces look just like the real ones. Unless you look closely and read the descriptions carefully, you might not notice anything is amiss. They’re pretty ridiculous though: 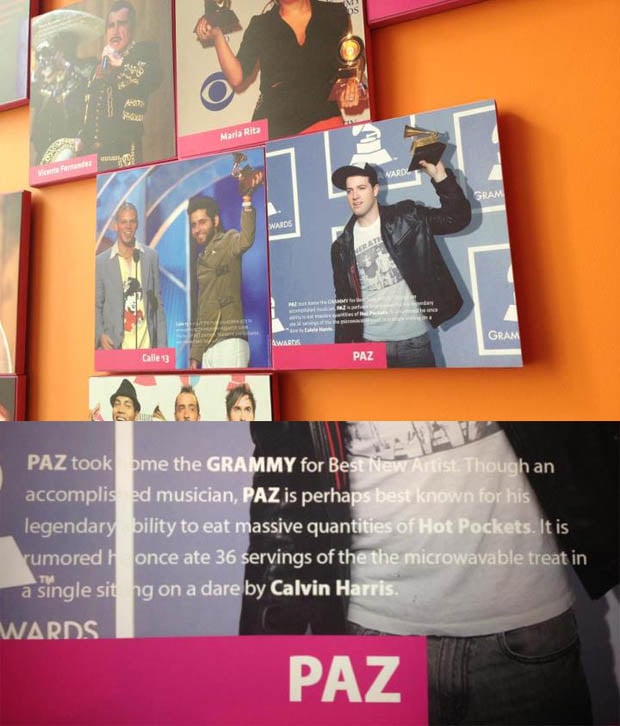 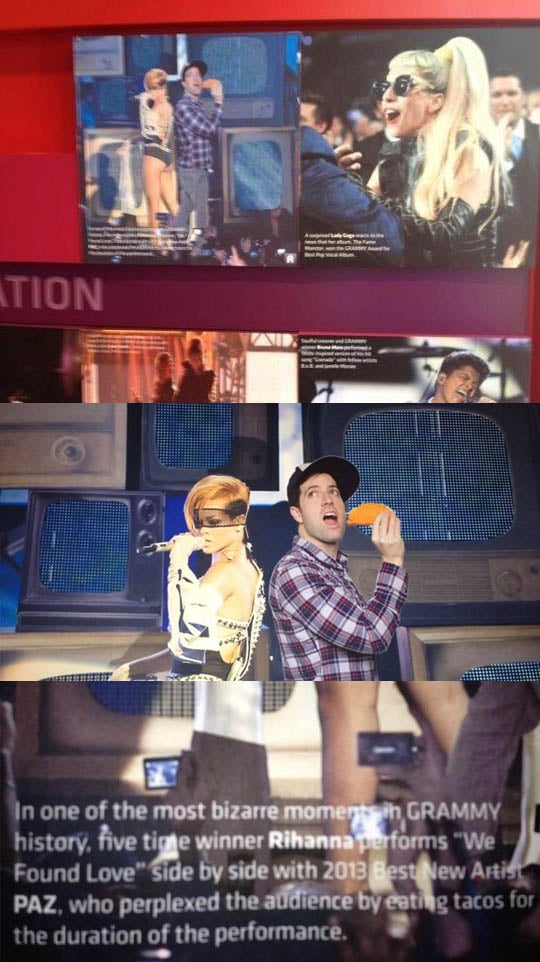 We’re not sure if the pieces are still up (let us know if you happen to visit the museum anytime soon), but they certainly won’t be once this story becomes widely shared on the Web.

The experiment reminds us a little of another “gallery hijacking” experiment we came across recently. In that one, a couple of guys went to art galleries in London, stuffed orange balls in their mouths, and stood against the walls pretending to be performance art pieces. Many of the museum goers believed the prank, and left the building that day with some pretty strange photos on their cameras and phones: