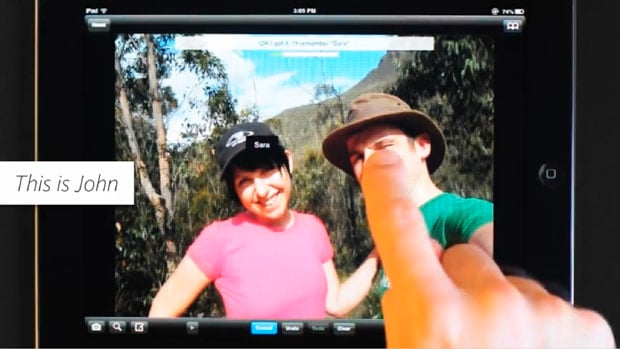 Talking to computers is one of the exciting new trends that’s emerging in the tech world, and in the future we may find ourselves casually talking to our gadgets as we go about our lives. One application of this that you may never have considered is photo editing: what if you could post-process your photographs simply by telling an image editor what you would like done to the images?

That’s exactly what scientists are currently working on, and the research is further along than you might think. They’re already playing around with a prototype version of an app — one called PixelTone.

The research team is a collaboration of people from Adobe Research and the University of Michigan. They called PixelTone “A Multimodal Interface for Image Editing.”

Here’s an amazing demonstration video introducing the app and showing what may soon be possible in the world of photo editing:

The app is geared toward making photo editing as hands free as possible. Aside from single gestures in order to tell the computer what you’re referring to or to teach it new things, everything is done through voice commands.

Basic ones include minor adjustments (e.g. brightness, cropping) in certain areas of the frame: More advanced features include the ability to teach the program about things inside the photograph. Select a shirt and say, “this is a shirt.” Select a face and tell it the person’s name.

Once the computer has learned the people and objects within the shot, you can make adjustments specifically to those learned objects. Telling the program to “change the color of the shirt” presents you with a slider that only changes the shirt’s color: 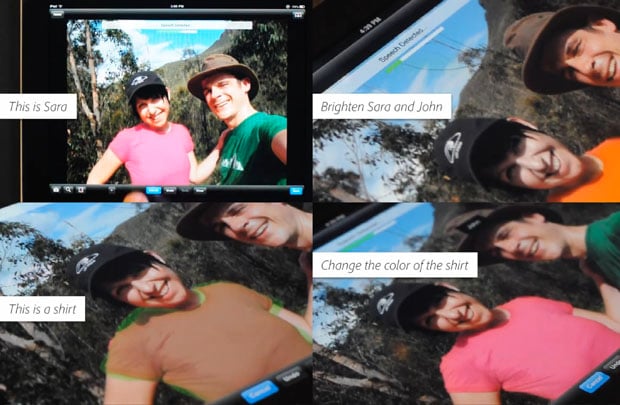 You can even tell PixelTone to make the photo look “retro”: 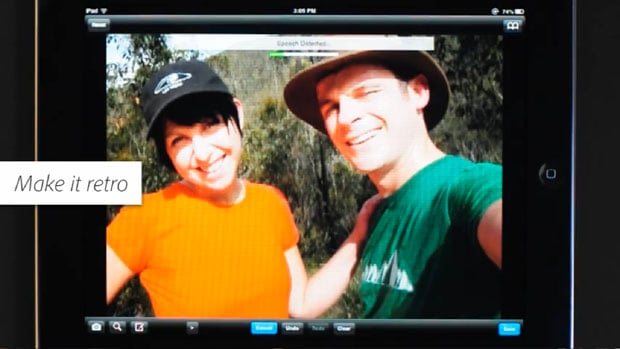 The researchers will be presenting their findings later this year at a human-computer interaction conference in Paris. No word yet on when we might see this technology hit mainstream photo editing.

(via PixelTone via John Nack)

Promo Idea: Use Tiny DSLR USB Drives to Make Sure Your Photos Are Seen

Photographs of Commonly Paired Foods Bound Together With String